De Villa warns "our freedoms" are at stake. 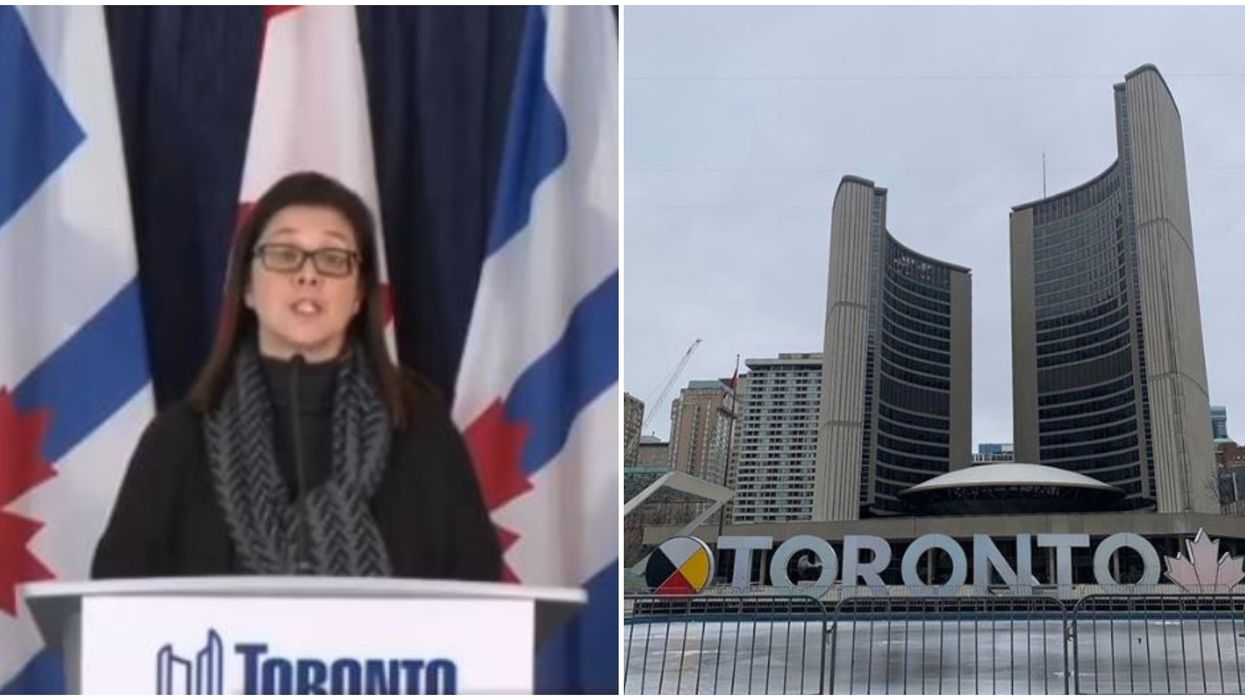 Despite efforts reminding Torontonians to practice social distancing, it seems like some people still haven't gotten the memo. The spread of COVID-19 in Toronto means the city now has 280 confirmed cases at the afternoon count on March 24. And the city's Medical Officer of Health, Dr. Eileen de Villa, has strong words for those who don't stay home, warning that they risk jeopardizing the "freedoms" of other residents.

According to a City of Toronto news release, as of 1 p.m. on Tuesday, March 24, there are 280 positive cases of the virus in the city. That's up from 239 recorded on Monday evening.

City staff warns that they are expecting those local numbers to rise further over the next few days due to community transmission.

And when she spoke to reporters for her daily briefing, Dr. De Villa called out those people who may not be following social distancing procedures properly.

"They are also putting our civil liberties in jeopardy," said Dr. De Villa to reporters per 680 News. "Our freedoms around the measures that we are taking right now depend on people taking public health advice seriously."

She stressed that the city, and Canada as a whole, is at a "pivotal moment right here and right now."

De Villa stressed that it's beyond irresponsible right now for people to think that their actions don't make a difference in trying to stem the spread of the virus.

"To those of you that believe that your choice to ignore public health advice will not make a difference, this is not accurate and this is not acceptable. In fact, it is simply irresponsible," she added.

"You can impact which direction this goes."

On Monday, March 23, Mayor John Tory had issued a state of emergency in Toronto.

Now, the push to keep people inside has never been stronger.

Earlier that same day, Premier Ford stated that all non-essential businesses in Ontario will be forced to close up for the next 14 days.

The city had already taken the same approach last week to close all non-essential stores in the 6ix, which also included hair and nail salons, as well as clothing stores.

A City of Toronto release reiterates that "the best way for Torontonians to contribute to the public health response and protect themselves and their loved ones is to stay home and practise physical distancing to prevent COVID-19 spread."