Tory says Toronto needs to do better when it comes to social distancing. 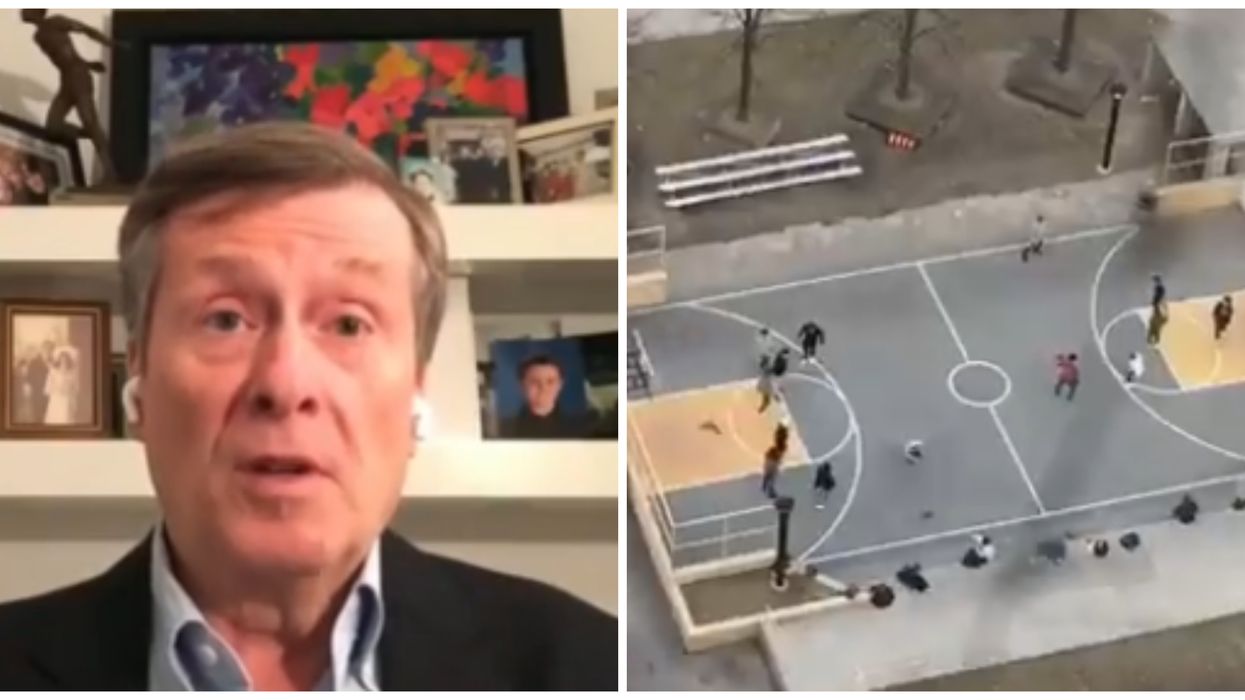 As the COVID-19 pandemic continues, Ontario has urged its residents to practice social distancing. In Toronto, streets are emptier and TTC cars are looking like ghost towns as residents start to work from home. However, according to Mayor John Tory, residents still aren't doing enough to prevent the spread of COVID-19 in Toronto.

Tory, who is self-isolating following a trip to the U.K., tackled the issue of social distancing via a Skype call on Monday morning with Breakfast Television.

The mayor claimed that there were too many people hanging out outside over the weekend and that Torontonians need to step up their game when it comes to social distancing.

Tory also states that Torontonians still have a long way to go to become perfect at social distancing.

The mayor told CP24 that even crossing the street to talk to your neighbour is something that residents shouldn't be doing at this time.

"Frankly, if you see your neighbour across the street wave at them, but don't go over and talk to them. That is the level of adherence we need to the social distancing in order to break the back of this and in order to avoid further steps being taken by governments to keep people apart so that this virus won't spread," Tory told CP24.

We are at a turning point in this pandemic where people have to behave responsibly to protect the health and safety… https://t.co/CdfJtiAKzv
— John Tory (@John Tory)1584969309.0

However, it doesn't seem to be just John Tory who noticed people gathering outside this weekend.

@wick_22 Unfortunately in #Toronto they’re not #SocialDistancing the #FlattenTheCuve for #COVIDー19 this is going on… https://t.co/n2eJP5llWK
— Rocco Signorile (@Rocco Signorile)1584973161.0

"Right now, a group of young men are playing football next to families and children at @TDSB_churchstps in downtown #Toronto. Isn't there a way to enforce #SocialDistancing amid  #COVID19?" wrote one Twitter user.

The 65-year-old politician also opened up his intentions to support further restrictions by the federal government, and the shutdown of all non-essential businesses.

"I want to make something perfectly clear. I will support any government at any level, provincial or federal, that decides to take additional steps to make sure that people do what they are supposed to be doing, what common sense tells them and what science tells them and that is to stay home, to minimize trips outside of the home and to minimize their interaction with other people," Tory stated.