"I love how much Danny Green loves Toronto man it's so wholesome." 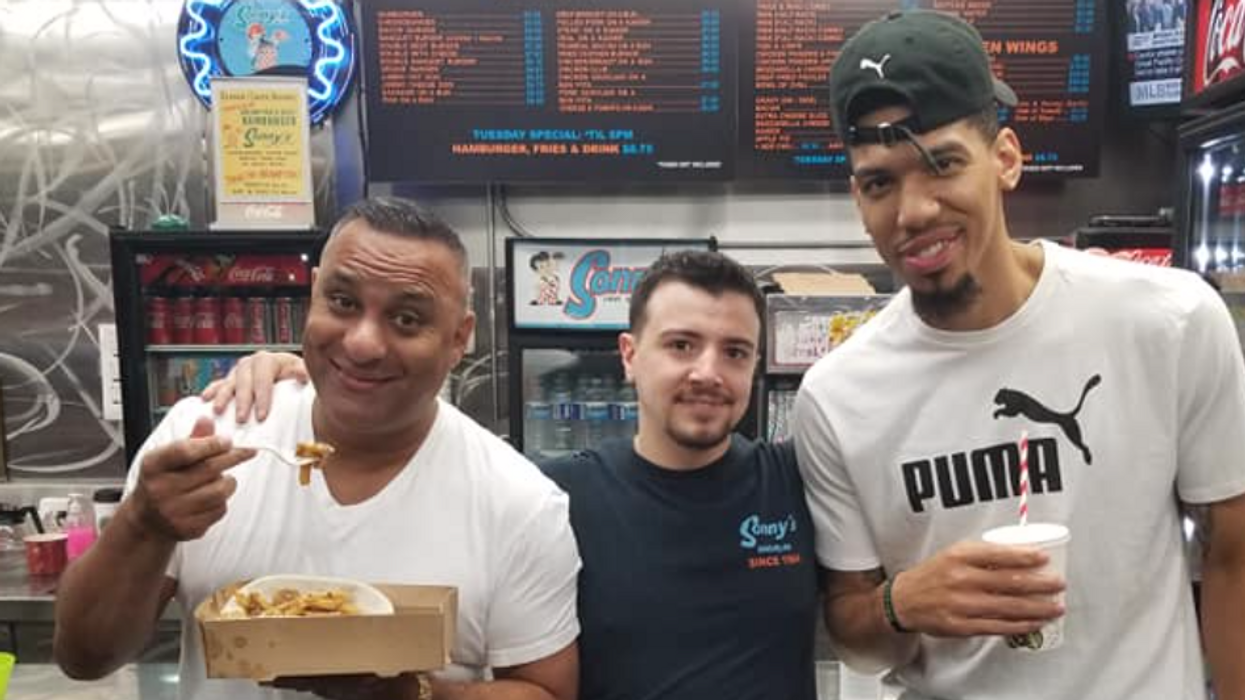 As the beginning of the new NBA season draws nearer, Raptors fans are starting to come to terms with the idea that the 2020 team will be missing a few of their 2019 Championship heroes. While most fans seem to have accepted the fact that Kawhi Leonard and Danny Green have officially said goodbye to Toronto, some Canadians are wondering whether Green is actually struggling to leave Canada behind.

On Tuesday morning, blogTO revealed that Danny Green was still hanging out in Toronto, despite having signed a new contract with the Los Angeles Lakers. Green was reportedly spotted enjoying a snack at Sonny’s Drive-In in Brampton, accompanied by comedian friend, Russell Peters. While Peters is a Brampton native, basketball-fans have taken to social media to question why Green is still in Toronto, and discuss whether the 2019 champion is actually having regrets about leaving the true North.

In a tweet on Tuesday, Toronto-based Raptors reporter Blake Murphy joked, “Danny Green has spent more time in Toronto than I have since the playoffs ended.” This tweet led a number of fans to add similar comments, with one person joking, “I don't think he's left Canada all summer!”

It is not strictly true that Danny Green has stayed in Toronto all summer, in fact, according to his Instagram story, he is now currently in Taiwan. Despite having also visited New York, Beijing and Los Angeles recently, fans remain certain that the ex-raptor has spent an unusually significant amount of time in Toronto.

Murphy wasn't the only one to joke about Green's passion for Brampton, as another added, "Danny Green really pulled up to Brampton!"

Murphy wasn’t the only one to pick up on how much Danny Green seems to love Toronto, with several other fans also noting that the star can’t seem to get enough of the city. One Raptors fan tweeted to say, “I love how much Danny Green loves Toronto man it’s so wholesome.”

Another added, “The real victim of Kawhi leaving Toronto is Danny Green, who obviously loves it here and deserved a chance to run it back.”

Danny Green has spent more time in Toronto this off season than he has in LA
— connor goebel (@connor goebel)1566930724.0

The real victim of Kawhi leaving Toronto is Danny Green, who obviously loves it here and deserved a chance to run i… https://t.co/Rqd17vGo1R
— Jack Sullivan (@Jack Sullivan)1566921691.0

However much Danny Green loves Toronto, he will, unfortunately, be heading back to Los Angeles to play for his new team come October. That said, his dedication to the Canadian city over the summer has led some fans to wonder whether this could mean he’d consider coming back to the Raptors one day.