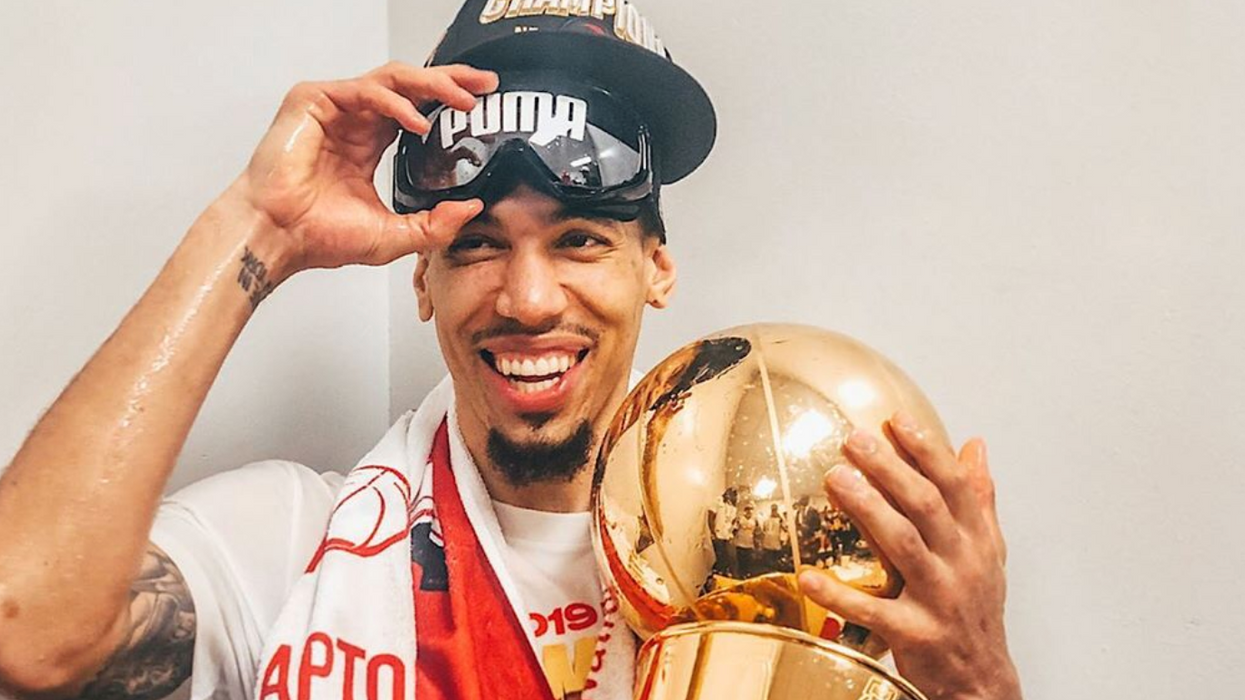 Toronto's newest creative studio, Streaming at CF, is launching on Thursday, August 1st from the Eaton Centre. Danny Green will be there on the launching date at 3 pm to film his podcast, Inside The Green Room with Harrison Sanford. This comes just after the Danny Green podcast's farewell live show at Toronto's Rec Room on July 20th.

Danny Green stated in the press release that "YouTubers and podcasters are the new celebrities and are becoming a source of inspiration and influence for people. I can't think of a better place to celebrate creativity and support creative growth in the community." Despite him no longer being a Toronto Raptor, the city will always welcome him back with open arms.

After announcing what he thought would be his final podcast, Streaming at CF reached out to Green and got him on board to help launch their new studio space.

Streaming at CF will have a full studio set-up, and the vision is that of a "dedicated storytelling space that enables content creators, celebrities, and YouTubers from a diverse set of backgrounds to come together and tell their stories with fans," according to the official news release.

The studio will be on Level 2 of the Eaton Centre, near the Queen Street entrance, says the press release. It will be something of an interactive space, where visitors and shoppers can watch content creators in action from a multipurpose lounge area. The lounge will also be set up with merchandise from the creators who are using the space that day.

Other artists that will be helping launch this project are popular Youtuber brothers Jae and Trey Richards, who operate the popular YouTube 4YallEntertainment channel. They will be filming a new skit from the space on August 2nd at 3 pm.

Finally, Toronto's own Ajay Saxena, better known as DJ Charlie B aka Mr. Canada, will be stopping by. DJ Charlie B has collaborated on events and toured with Cardi B, Lebron James, Rick Ross, Wiz Khalifa, Busta Rhymes, DJ Khaled, and Baka Not Nice to name a few.

We have reached out to Streaming at CF for more information and will update this article when we learn more.