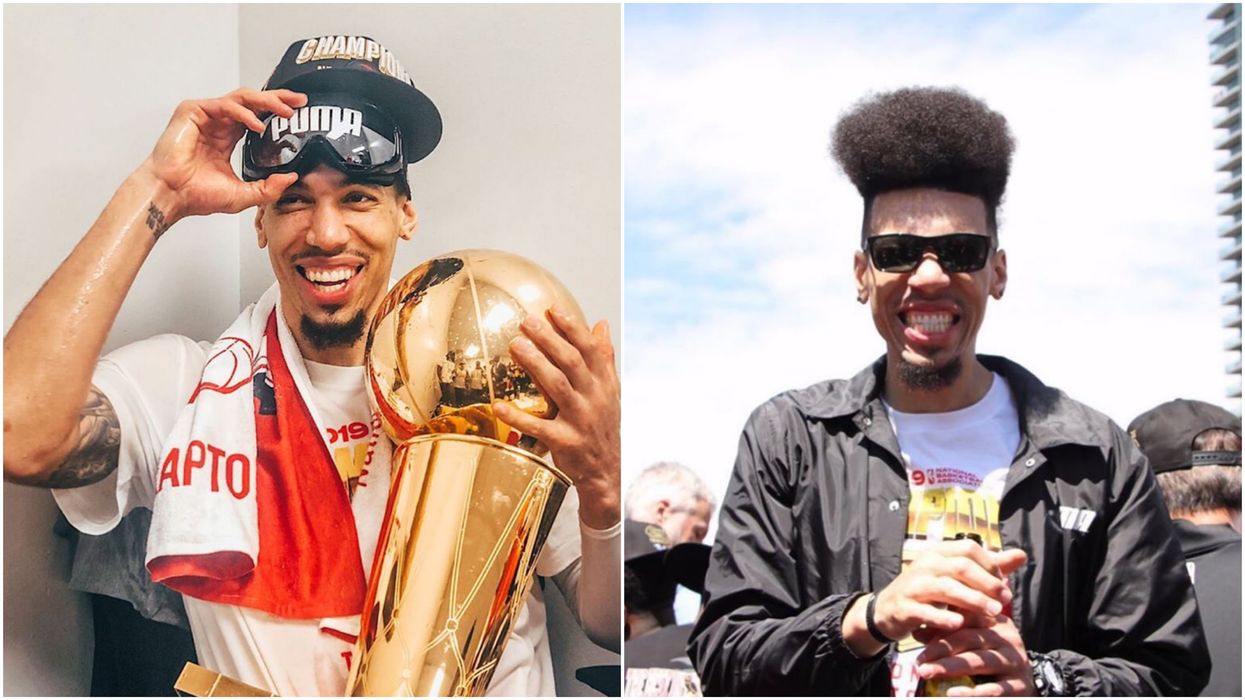 Earlier this week, Raptors fans from across Canada took to social media to ask themselves, and each other, why ex-Raptor Danny Green was still spending so much time in Toronto. Despite having left the Raptors to sign for the Los Angeles Lakers earlier in the summer, Green has been spotted in and around Toronto constantly over the last few months, leading fans to wonder whether he is secretly desperate to stay in Canada. However, in an Instagram post on Wednesday, Green finally revealed the real reason he’d been hanging out so much in Canada.

On Tuesday, after it was reported that Danny Green had been enjoying a bite to eat at Sonny’s Drive-In in Brampton, fans across Toronto took to Twitter to discuss whether Green could possibly be having regrets about leaving the Toronto Raptors, because he couldn’t seem to leave Canada! Despite having visited Beijing, Taiwan and New York City over the summer, Green seemed to just keep coming back to Toronto, leading fans to wonder whether he would ever actually leave at all!

However, in an Instagram post on Wednesday, Green finally decided to speak out about his Canadian summer adventure, and explained the real reason he has spent so much time here.  While it is not the answer many fans were hoping for, his response is sure to warm your Canadian heart!

Danny Green has spent more time in Toronto than I have since the playoffs ended.
— Blake Murphy (@Blake Murphy)1566920917.0

In the emotional post, Danny Green explained, “For a lil under a year Canada was my home and quickly became a special place for me. As an NBA player during the season we never really get a chance to explore the places we live.” He went on, “This summer I made it a priority of mine to really explore the culture and get to know Canada first hand.”

Green went on to acknowledge all of the tweets about him hanging out so much in Canada, but sadly confirmed he would not be staying in the country permanently. “So yes I see all the “why is he still here” tweets, and No I didn’t forget that I’m a Laker lol,” he wrote. “This summer was my time to get to know a country that showed me so much love.”

Alongside the post, Green uploaded a short video showing brief snippets of his time both as a Raptor and exploring Canada. The video features moments from the Raptors victory parade, as well as him meeting Justin Trudeau, and playing basketball. The clip also shows the names of the places that he visited in Canada, including Ottawa, Halifax, Winnipeg and Vancouver.

Green talked about the video, writing, “I documented all of my experiences, and you can check them out on TSN September 9th.” He concluded the post by saying, “Special thank you to all the guest that took the time out to show me around their city. Follow @beyondthearc_TV for updates and behind the scenes footage.”

While it is a shame that Green will eventually be leaving Toronto, it is wonderful to know how much he loves Canada, and how passionate he is about sharing his adventures with us all! Stick around Danny, you’re welcome in Canada any time!