He's an adopted Torontonian, that's for sure! 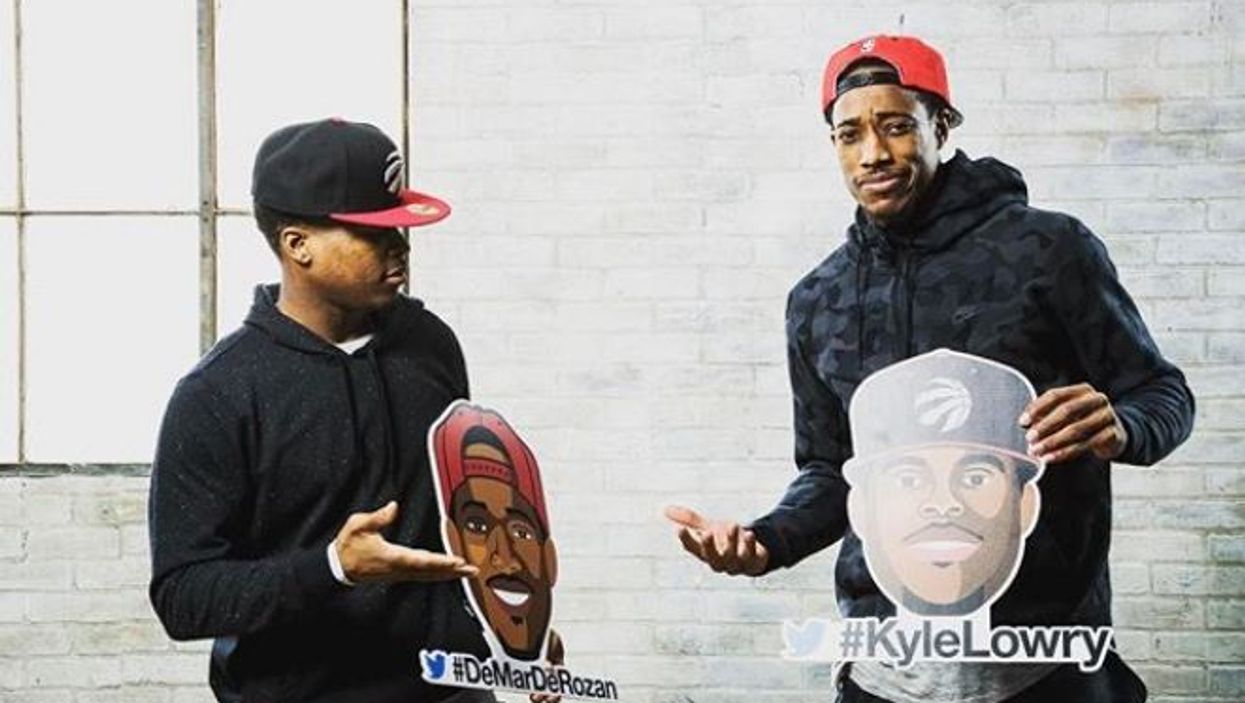 No matter what's happened since he left, Toronto Raptors fans will always have love for DeMar DeRozan. Although the crazy trade that brought Kawhi Leonard and Danny Green over from the San Antonio Spurs ultimately kickstarted the run to Toronto's first NBA championship, losing such a hugely popular player was a truly sad moment. DeRozan loves the 6ix so much that he's now revealed he considers being traded to Toronto to be the best thing to have ever happened to his basketball career.

DeRozan will be appearing on HBO's The Shop on Friday night at 9:30pm and in the preview for the show, he shared some love for the city he once adopted as home.

"Getting drafted to Toronto was the best thing to happen for my career," he tells LeBron James and others on the show, as shown by the IG account of Uninterrupted, James' and Maverick Carter's brand which conceived the HBO show.

That must have been true, because DeRozan stayed with the Raps for almost 10 years after being selected ninth overall in the 2009 NBA Draft.

Even though he knew nothing about the city he was about to spend most of his professional life in, Rozan grew to love the 6ix for all it has to offer.

DeRozan also mentions on the show that, before arriving in Toronto, he didn't even have a passport after realizing he'd now be living in another country.

"I get drafted and go to another f****** country," DeRozan laughs in the clip. "I didn't even have a passport, you know what I mean?"

There's no way Raptors fans won't feel a pang of nostalgia watching this video. After all, like the two parties involved in an emotional break-up, there's clearly lingering affection from both sides.

When news broke that DeRozan was being traded, Raptors fans wrote emotional tributes, thanking him for playing in Toronto for the past nine years.

Fans were asked if they'd like to see DeRozan in a Raptors uniform one more time and without hesitation, many fans responded with a resounding yes.

"Of course! This man is a raptor. We GOT HIM this time!" says one Raptor fan which is most likely in response to a famous tweet he sent out back in 2010 saying, "Don't worry, I got us..."

DeRozan's trade was especially hard for teammate Kyle Lowry, who famously saw DeRozan as a brother. The two players have stuck by each other throughout the years.

Just last month, DeRozan was spotted hanging out and practicing with his former Raptors teammates, just like everything was back to normal.

However, after Toronto's most successful NBA season of all time last year, led by DeRozan's replacement, it seems there are some fans who think a return would be nothing more than emotional pandering.

One dissenting tweeter wrote: "No, unfortunately I would not want to see DD back in a Raptors uniform because he did not play 100% effort on defense... was rather lazy actually."

There's no pleasing some people.

To be honest, whether or not we'll ever see DeRozan back in a Raptors jersey in our lifetime shouldn't matter. He'll always be part Raptor, and part Torontonian, at heart.