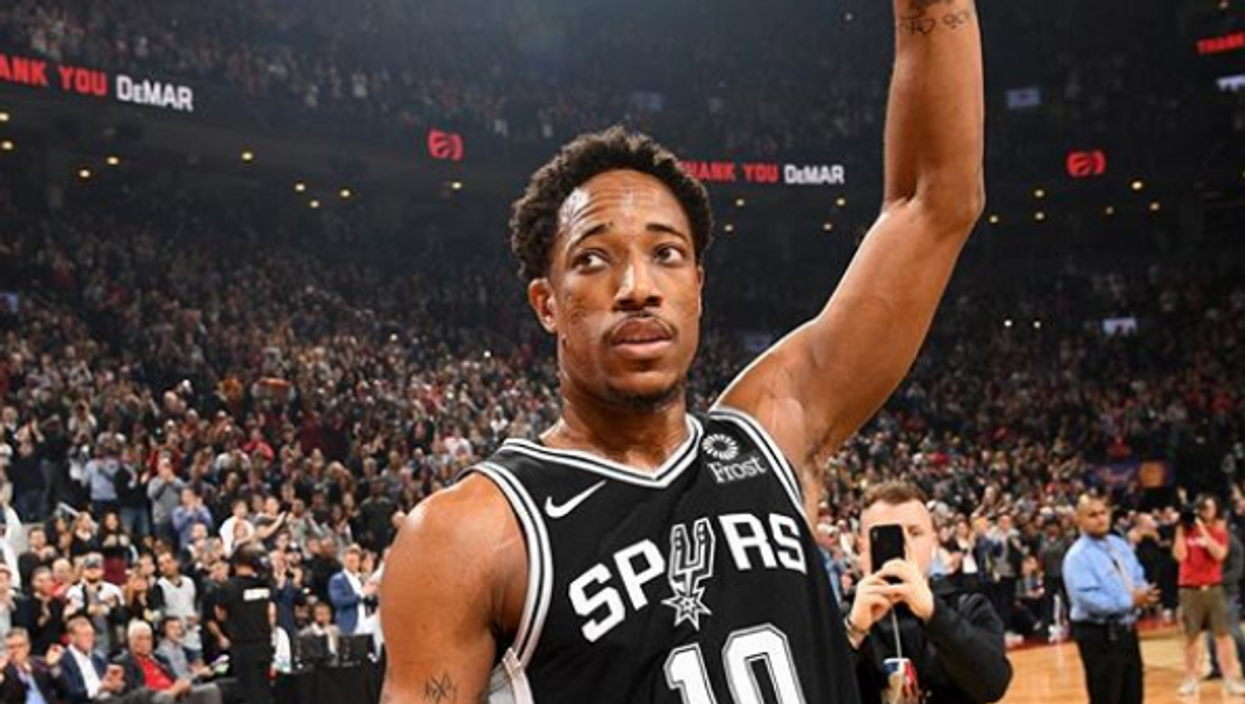 It seemed as though the entire country tuned into Friday night’s game between the Raptors and the Spurs. The hype was undoubtedly real for Torontonians who waited in anticipation as their former favourite DeMar DeRozan stepped out onto the court at Toronto's Scotiabank Arena in an opposing jersey for what was unsurprisingly a very emotional return.

Viewership for the game broke the previous record which had been held by the Raptor’s much-anticipated showdown with the Warriors earlier this year. TSN beat reporter Josh Lewenberg confirmed on Twitter that last Friday’s game was the most-watched regular season NBA game in Canadian history.

The Raptors win over San Antonio last Friday was the most-watched regular season NBA game ever in Canada. DeMar DeRozan's return to Toronto attracted an average audience of 710,000 on @TSN_Sports and more than 2.5 million unique Canadian viewers.

Not only was the game an emotional one for fans on Friday night, but it was also incredibly close putting everyone on the edge of their seats as they were constantly being torn between cheering for the team they love and for the player they used to worship.

It was a bittersweet evening for fans as they watch DeRozan, who had helped pull the Raptor’s out of a decade-spanning and become the team they are today, try to defeat the very empire he had helped create.

DeRozan was traded back in July of 2018 alongside fellow Raptor Jakob Pöltl to Spurs for Kawhi Leonard and Danny Green. Up until the recent trade bombshell of Jonas Valančiūnas to Memphis in exchange Marc Gasol, this trade had stood at as the most significant trade in current Raptor’s history.

READ ALSO: Toronto Is In Love With The Zoo’s Newborn Endangered Zebra (PHOTOS)

Whatever your thoughts on the game or DeRozan, it is ultimately undeniable that a sudden uptick in viewership is good news for any franchise, even when it’s brought upon by a player who isn’t a Raptor anymore.