"Hockey is for everyone." 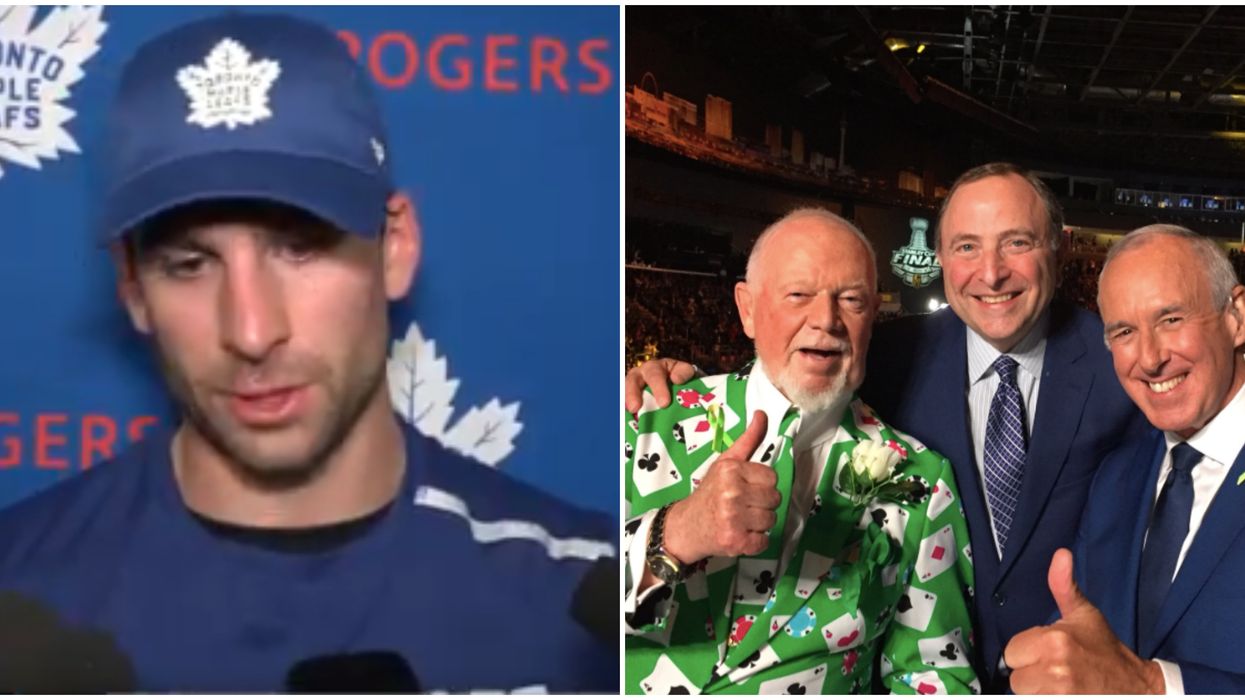 Plenty of commenters have had their say since Don Cherry was fired on November 11. And Toronto Maple Leafs players have now weighed in on the discussion, condemning the veteran broadcaster's comments. While choosing their words carefully, the Leafs called the 85-year-old's on-air speech about immigrants and Remembrance Day "unacceptable."

Cherry, as you know by now, made comments generally seen to be divisive and offensive during Hockey Night in Canada on Saturday, November 9. He was ultimately fired by Sportsnet on Monday.

When news broke about Cherry's firing, social media unsurprisingly blew up as people weighed in from all angles.

While plenty of people expressed their anger at the 85-year-old being dismissed, there were defenders of the broadcaster. In fact, the hashtag #BoycottSportsnet even made its rounds on Twitter, and some fans of Cherry went as far as suspending their entire Rogers services along with it.

Although Cherry denies he was speaking directly about immigrants in his "you people" rhetoric, it still cost him his job.

On Tuesday, it was the turn of the Toronto Maple Leafs to express their views on camera as they were quizzed at team practice about the debacle.

Mitch Marner, John Tavares, Zach Hyman, and coach Mike Babcock spoke out about the comments that were made by Cherry.

Giving a considered opinion with a bunch of cameras and microphones in your face is hardly the ideal environment, but the Leafs staff made their stance pretty clear.

"I think everyone grew up watching him — in Toronto, in Canada, in general — on Hockey Night in Canada but hockey is meant to bring people together," Marner said, as shared by Yahoo Sports Canada.

"Our motto is 'if you can play, you can play'," Marner added, with the implication being that race, upbringing, and other such factors should not be considerations in the NHL.

Meanwhile, Tavares said: "Obviously, (it's) disappointing what happened... I think everyone would wish something like this never happened and didn't come to this set of circumstances."

"At the end of the day, you can't say stuff like that...," Hyman stressed. "You gotta be accepting of everyone and hockey is for everyone, that's one of our slogans through the NHL... that sort of stuff is unacceptable."

And Babcock emphasized how people like he and Cherry have a responsibility.

"I just know that when you're in a situation like I am and you get to speak every day, you have to be mindful of how great the game is and what the game is all about and bringing people together. There is no question about that.

"It has to be tough for him and his family. In saying all that, there are certain things that are just right."

Having watched Cherry on TV growing up was a common theme among the Leafs players' comments. But, as they say, times have changed.

Many Canadians were so upset with Cherry's comments that they filed several complaints on the CBSC website, crashing the site as a result.

As for Cherry himself, it seems he has a job offer already after Russian KHL team Dynamo Moscow tweeted to invite him into their organization.