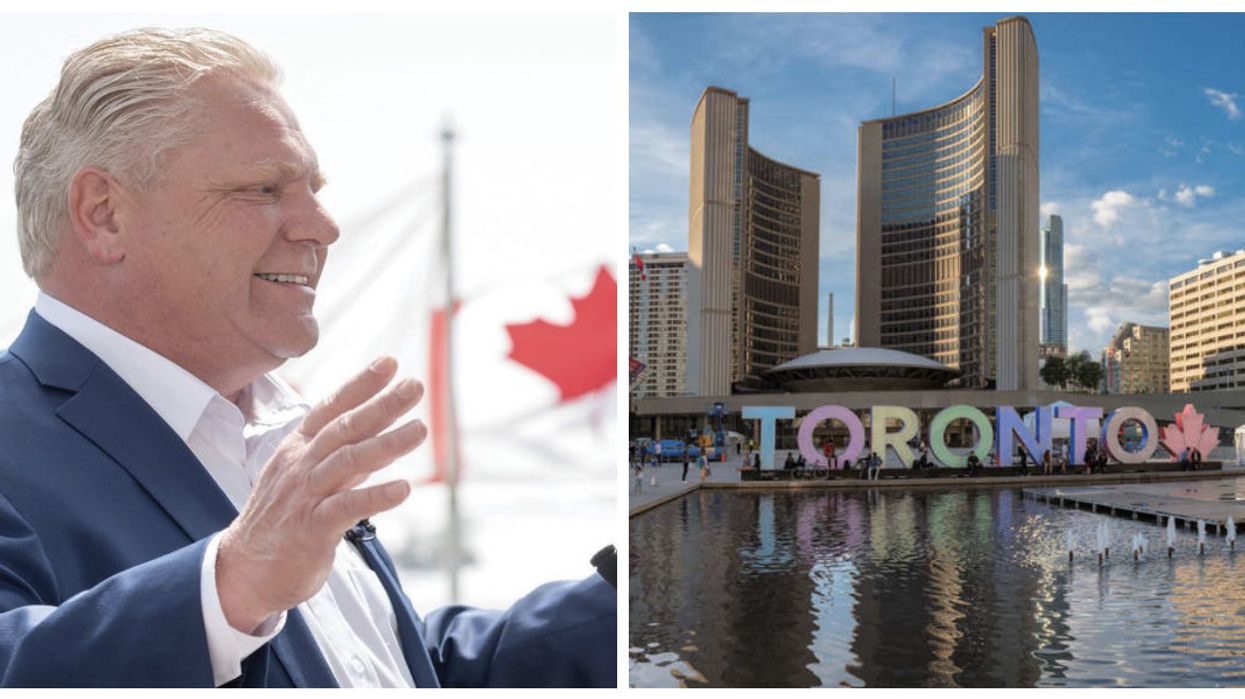 Doug Ford has lost the latest battle in his government's long string of court cases since coming to power earlier this year.

A judge has ruled that the provincial government does not have the authority to cut the size of Toronto’s city council, something Ford had really wanted to do.

This is a ruling with a wide range of ramifications, not just for Ontario and Toronto, but for all of Canada as well. In their decision Superior Court Justice Edward Belobaba stated that the bill, "clearly crossed the line."

“Passing a law that changes the city's electoral districts in the middle of its election and undermines the overall fairness of the election is antithetical to the core principles of our democracy," Belobaba wrote in their ruling today.

Belobaba said that the two main problems with the proposed changes to the size of the council were that it violated the freedom of expression of municipal candidates and that it "breached the municipal voter's right to cast a vote that can result in effective representation.” The second problem means that, if the plan was greenlit, many of the wards in Toronto would have increased in size dramatically, meaning councillors would have been representing way more people than they do now.

By keeping with the city’s plan for the size of council, it means that people living in Toronto will have a better chance of having their views heard and expressed by their councillors.

With the councillors representing fewer people, it should make it easier for councillors to accurately bring issues forward that are affecting the residents living in their ward. It also means that this year's election in the city will go ahead as previously planned, instead of fewer people running for fewer jobs.

This legal decision also sets a precedent across the country that a provincial government cannot decide how big or small a city council should be anywhere in Canada.

One of the lawyers who represented the city in this case simply wrote a simple message on Twitter, stating “We Win.”

Mayor John Tory, who was against the idea of cutting the size of council, reacted to the news very positively saying, “you can't change the rules in the middle of the game. That's not fair to anyone, and this is not a game.”

"Democracy does not belong to a few of us, it belongs to all of us," he continued. "No law should ever fail to take that into account and all of us as lawmakers, regardless of where we're carrying out those responsibilities, should always remember that." “I believe the judge’s decision is deeply, deeply concerning,” Ford said at his press conference.

The current system in Toronto is “a system that isn’t working,” according to Ford.

Ford says that he will be recalling the legislature this week and that, “our first order of business will be to reintroduce the Better Local Better Government Act.” Many legal experts said that Ford was allowed to cut the size of Toronto's city council. Clearly, Ford hopes to win the legal challenge on the appeal.

By invoking the clause, it could make Ford more open to other legal challenges.

Ford sounded exasperated as he gave his statement. He said that it was extraordinary that a democratically elected government is being struck down by the courts.

The whole issue is far from over, even after the court's decision this morning. Ford is doing all he can to get this law through.