Doug Ford wants to change Ontario's Official logo because it looks like 3 men in a hot tub and he's actually not wrong. 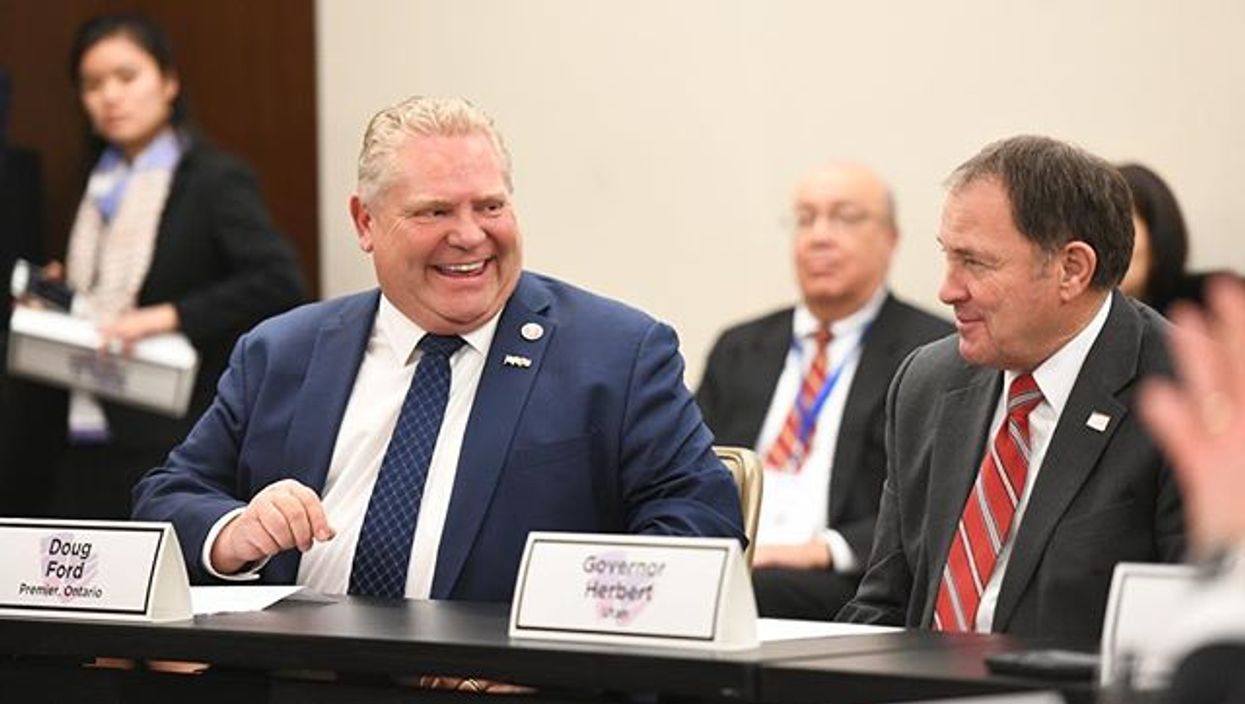 In the latest move from the Ontario Government, they want to scrap the province's official trillium logo. The move comes after Premier Doug Ford says the logo looks like three men in a hot tub and honestly, he may be right.

The logo is based on our official provincial flower, the trillium. The logo copies the trilliums three leafed design in a minimalistic sort of way. It had been in place in Ontario for 13 years now after Dalton McGuinty controversially replaced the old logo in 2006. Previously it was more t-shaped.

Now, the government is once again looking to overhaul the trillium logo. The move comes as part of a complete re-design in which the province's license plate slogan "Yours to Discover" will also be scrapped. To revamp the logo alone is apparently costing the government $89,000. Doug Ford says it's necessary though because he thinks our current logo looks like three men in a hot tub. For those people who are hearing the "three men in a hot tub" comparison for the first time they actually think Doug Ford is on to something here. The logo legitimately looks like three figures, with their arms stretched out on the ledge of a weirdly shaped hot tub.

The worst part is, now we can't unsee it and neither can a lot of Ontarians.

Now that’s all I can see

I was going to be upset about this waste of money until I realized I can’t unsee this. Dammit.

Wow I never noticed that! lol It really does look like three men in a hot tub!

Regardless of whether or not the logo actually changes, given this renewed hot tub comparison, Ontario's official logo will never be the same again.