The incoming Ontario premier stayed away from Pride this year for a specific reason. 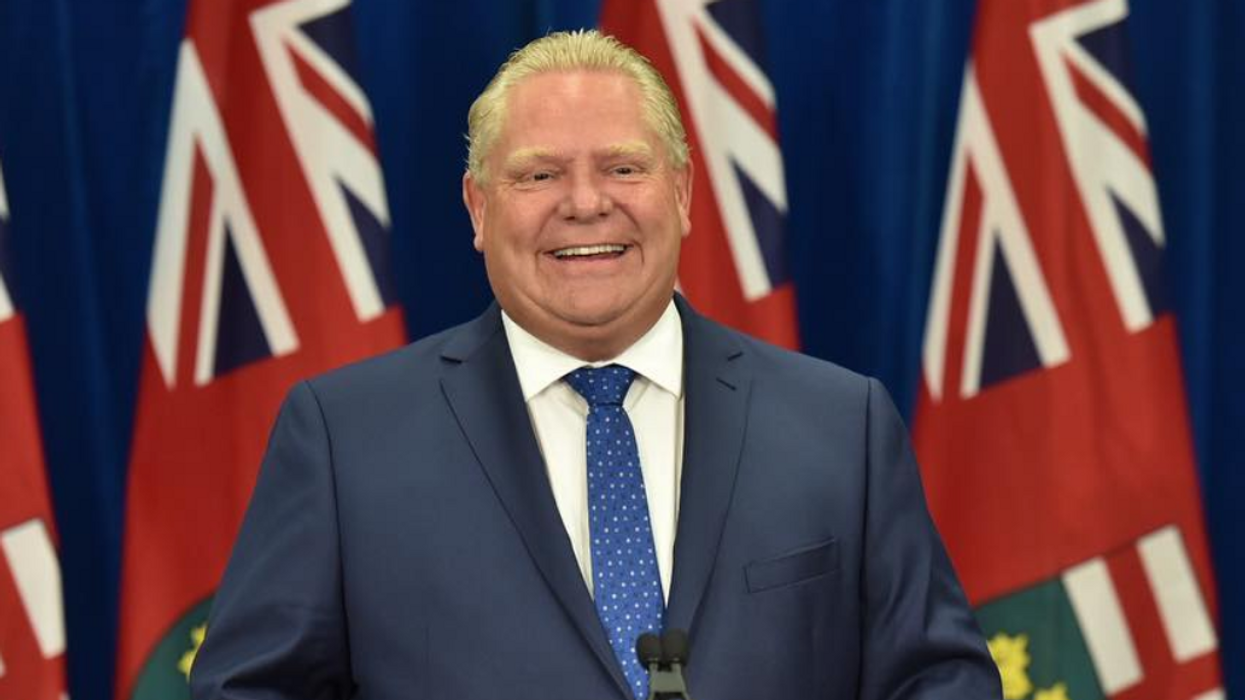 Yesterday Toronto hosted its 38th annual Pride Parade, and although it was pouring rain that didn’t stop tons of people from coming out for the celebration.

However, one person who was noticeably absent from the festivities was incoming Premier of Ontario, Doug Ford.

Enjoyed visiting my daughter, along with other Female Founders, at the Yorkdale Concept yesterday. Such a great initiative supporting women in business. @yorkdalestyle pic.twitter.com/8XN1RsCiwx

According to tweets on his official account, the soon to be Premier says he spent the day “visiting my daughter at the Yorkdale women’s entrepreneur incubator.” It’s an initiative that supports women in business.

Ford previously announced that he would not be marching in the Pride Parade after Toronto police were pushed out of the parade earlier this year.

Police pulled their application from the parade after being asked to do so by the organizers back in April.

The organizers of Pride had concerns about how police had handled their investigation of alleged serial killer Bruce McArthur, who allegedly targeted men from the gay community in Toronto. Ford isn’t the first member of his family to miss the Pride Parade, his late brother, and former Toronto mayor, Rob Ford also skipped the parade multiple times while he was in office.

Were is Doug at the pride parade

How come your not Toronto Pride ?

But you missed the Pride Parade...was it that you just don't like "those" people...or was that too much walking at one time for your delicate constitution..? #onpoli

Is there some reason that with a years notice you couldn’t manage a visit to the #Pride⁠ ⁠ festivities today? Do you not represent all Ontario citizens?

For the people? Your lack of support of #pride speaks volumes.

Ford has said that he would march if police were allowed back into the parade, so perhaps we can expect to see Ford at future Pride events.