The texts began back prior to before Doug Ford became Premier of Ontario. 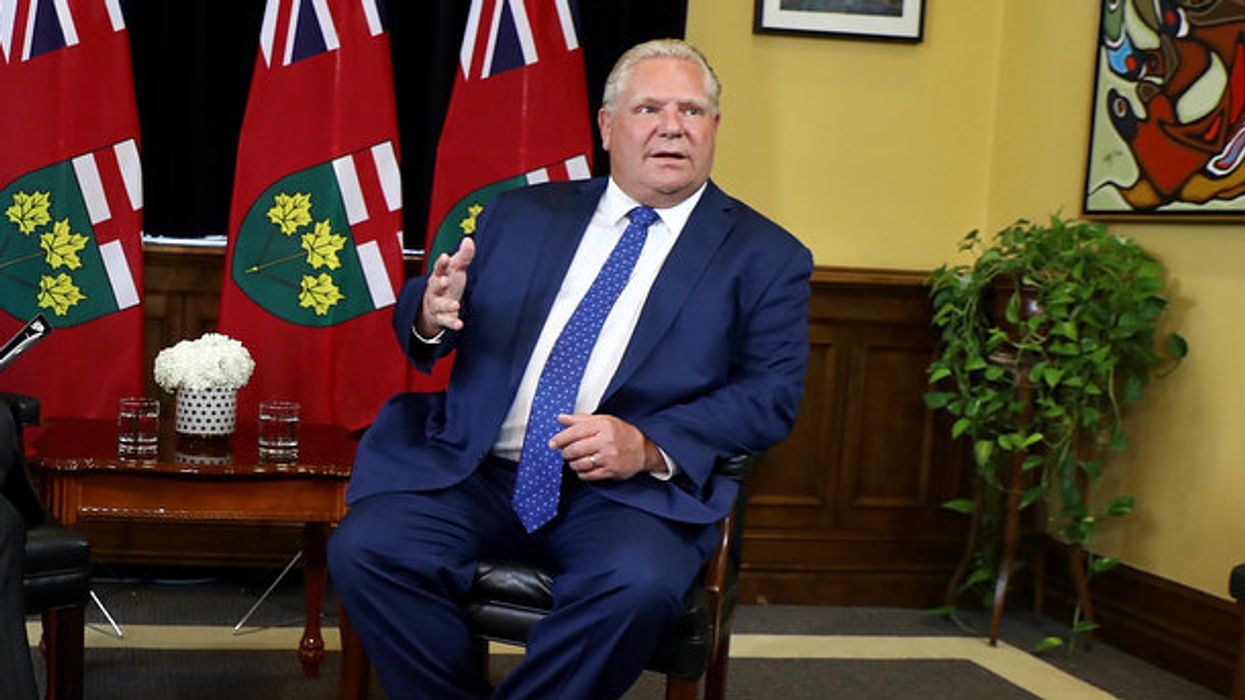 Doug Ford has been making waves at Queens Park after only a few months acting as Ontario's Premier. From Buck-a-Beer to the hiring freeze, plus now the slashing of Toronto's city council, there have been many changes made to the Ontario government since Ford took over on June 29.

One thing that hasn't changed about the Ontario PC Party? They are continuing to spam Canadians living in Ontario with text messages regarding Ford's new policies. It all began months prior to Ford winning the provincial election when Ontarians started receiving text messages from someone identifying themselves as a member of the Progressive Conservative Party. Each text would ask a question and require an answer of yes or no, but people were confused as to how they contacted them.

While most people did not respond well to being texted unsolicitedly, it seems like the PC party didn't take the hint. Two people posted on Reddit that in the past week they received texts about their opinion on Ford's decision to cut Toronto's city council down to 25 councillors from 47.

The texts are in the exact same format as the previous unsolicited messages that Ontarian's have also received. Of course, they don't only focus on Toronto.

Other messages asking about "fixing Kathleen Wynne's mistakes" have been floating around, as well as other texts questioning whether or not Ford should hire the CEO of Hydro One. While many Ontarians find the texts annoying, the PC Party is actually more than entitled to bombard residents with texts.

What the hell? Today my friend got an unsolicited text from Ava from the Ontario PCs on whether to support city council cut to save taxpayers dollars and to respond with a yes/no. That's a manipulative push poll. It has begun. Cambridge Analytical would be proud.

The party is using the ability to text voters as a new take on a grassroots connection. They can legally do this because political parties are completely exempt from the Do Not Call List, even riding associates and candidates are welcome to ring you whenever they want.

READ ALSO: Apple Just Launched 3 New iPhones And They're Going To Be More Expensive Than Ever

Jeff Silverstein, the communications director for the PC Party told CBC back in June that the texting was part of a new campaign using social media and texting. "It is important for the party to use every opportunity to stay connected with Ontarians throughout our mandate," he explained to CBC in an email. Nonetheless, Redditors still didn't take the texts to be fair what so ever and were actually quite unhappy about receiving them in the first place. Some are also wondering how the Ontario government tracked down their phone numbers at all.

One Redditor pointed out one solution for those who are annoyed by constantly getting texts from the Ontario PC Party. Rogers and Telus users can forward the phone numbers to ####  or SPAM to report it as a junk number.

While Ontarians continue to get annoyed by the Government text messages, there is nothing that can be done other than reporting them as spam due to the laws working in their favour. Considering Ford's team has been using these tactics since June, it doesn't seem like the texts will be going away any time soon.

That being said, these polls are also the perfect time to give the government a piece of your mind. So whether you agree or disagree with the fact the government is texting it's citizens, you may as well use your voice for good in Ontario's democracy.