Drake & VanVleet Take Their Bromance To The Next Level On Instagram 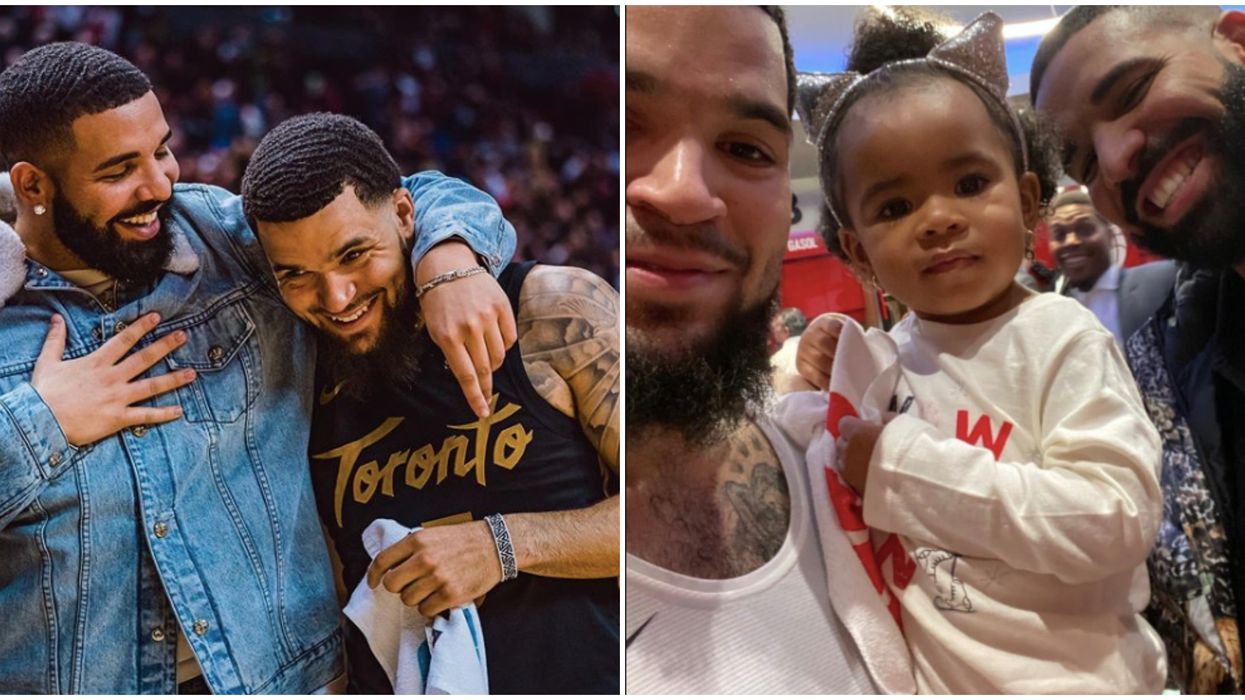 This Toronto Raptors team loves a bromance. Usually, it's shared between two players, but there seems little doubt that Drake and Fred VanVleet have a strong bond, even besides the fact people think they look almost identical. And after the recent game against the Indiana Pacers, fans are shipping Drake and FVV as another power couple.

While helping out on the mic at Scotiabank Arena on Friday, February 21, Drizzy notably and hilariously commented on VanVleet's post-All-Star break tan.

The "Fredericooooo" nickname might be about to become iconic.

As the Raptors went on to beat the Pacers 127-81, Drake also showed his love for his "twin" by showing off some salsa dancing skills after FVV sank a three-point shot.

And these affectionate moments were just the latest examples of Drizzy and Steady's sharing a brotherly bond.

Sure, people think they look really, really similar. And they do. But they also seem to get on so well with each other off the court.

The two tend to refer to each other as "twin," such is the apparent similarity.

And Drake even had the words "Steady Freddy AKA Twin" stitched onto one of the sleeves of VanVleet's personalized championship jackets that Drizzy gifted to the players after they won their first NBA title.

And the bearded pair even took a picture together with FVV's daughter back in November, showing how close they really are. We wonder if the junior VanVleet in the photo thought she was seeing double?

On Saturday, Freddy shared a snap of the duo on his Instagram and captioned it "Ties." Champagne Papi himself commented back with a "family" emoji.

Brotherly ties? It seems about right.

Drake's there for his doppelganger when he needs it, too.

When FVV chipped his tooth during Game 4 of the Finals last year, Drizzy stepped in to offer his "free health care" to get it fixed.

And the two were really hyping up the "twin" talk on the Raptors' championship parade bus last year.

Drake certainly seems a fan of VanVleet. In fact, as well as once again joking about the pair's resemblance to one another, fans are half-jokingly suggesting that the Raps ambassador might actually stan FVV.

"Why do I feel like Drake is starstruck by Freddy VanVleet but no the other way around?" asks one tweet.

You can always count on Drake to be the ultimate fanboy when it comes to the Raptors.