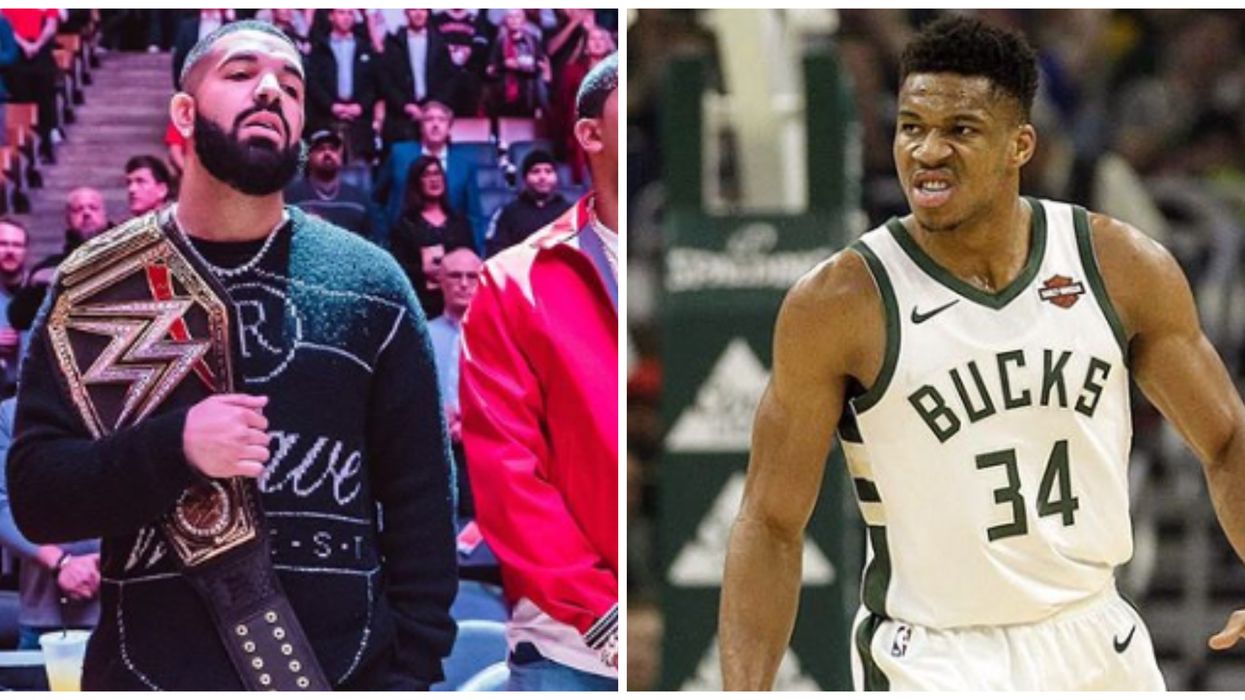 Toronto rapper Drake walked onto the court at Scotiabank Arena on Tuesday night looking ready to throw down against the Milwaukee Bucks. The music superstar was spotted sporting two WWE champions belts as he sauntered to his usual courtside hangout as the Raptors prepared for face-off. The move was part of Drake's Giannis prank, which was meant to make fun of the Bucks player.

If you're wondering why Drake tried to embody the Rock last night, it all started from a video that Bucks star Giannis Antetokounmpo posted on Monday.

In the clip, Giannis can be seen wearing a WWE belt as he picks a fight with Washington's Wizards mascot G-Wiz.

It would appear the hilarious stunt caught the Toronto icon's eye. As he quickly retaliated in true Drizzy fashion by outdoing his rivals with ridiculous amounts of swag.

"I brought these for the mascot, you know what I'm saying?" Drake can be heard explaining as he walks out to the court.

However, despite Drake's best efforts to pull one over on the star, Giannis and the Bucks ultimately got the last laugh on Tuesday night.

"I'd say that when you play these guys or play Golden State, you've got to score with them," Nick Nurse said to CBC about the game.

Giannis later responded to Drake's shade, telling Sportsnet that, "He cares about me, I really don't. I'm just here to win games and help my team win." *

Drake's jab at Giannis isn't the first time that the rapper has mocked members of the opposing team.

In fact, it became evidently clear during the NBA finals last season that Drizzy is well-versed in the art of trolling.

The Raptors' Ambassador could be seen at the Game 1 face off against the Warriors, rocking a vintage Dell Curry Raptors jersey in a hilarious attempt to mess with Stephen Curry.

*This article was updated to include Giannis response.