Scott and his wife were spotted caroling in the area. 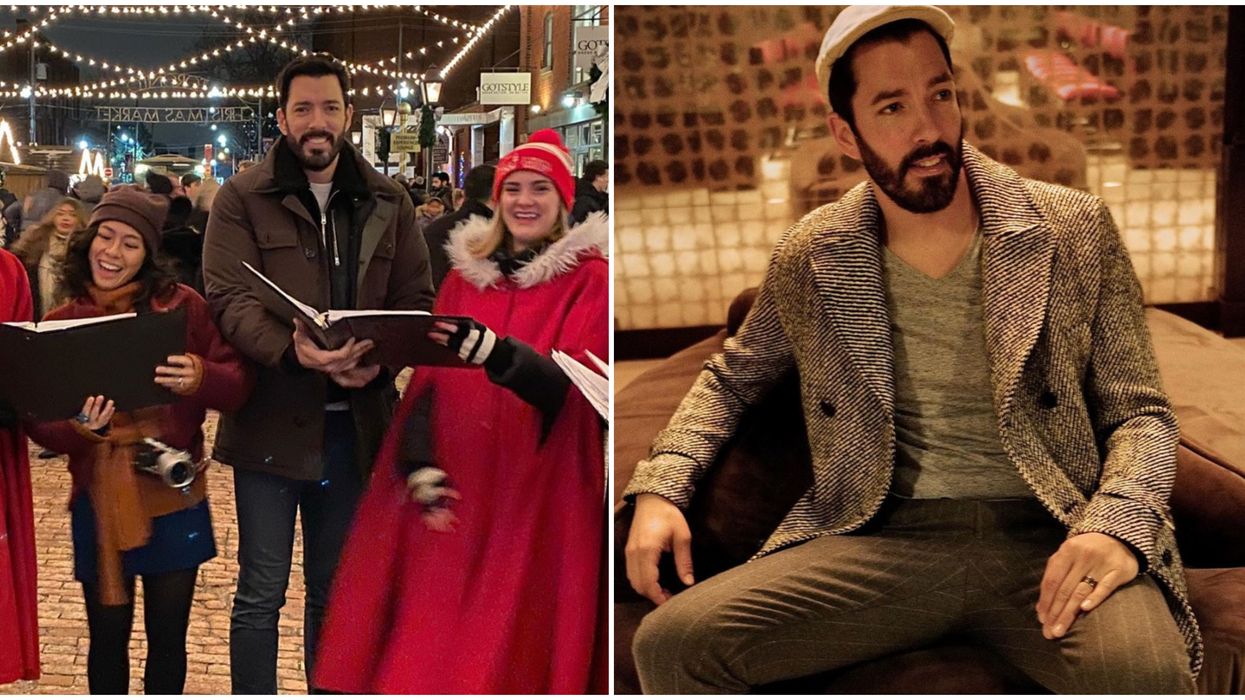 Although it's only November, you can definitely feel the excitement and anticipation of Christmas in the air. People have already begun their shopping and decorating, and in most cities, twinkly lights and holiday markets have started to brighten up the cold winter nights. Drew Scott visited Toronto's Distillery District Christmas Market and got into the holiday spirit with his wife.

In the city of Toronto, one of the true markers of the start of the holiday season is the opening of the annual Toronto Christmas Market in the Distillery District.

This year, the market opened to the public on Thursday, November 14 with the promise that it would be "the most magical year yet."

The beautiful market includes plenty of delicious food and artisan vendors to satisfy your cravings, a giant Christmas tree that makes for the perfect Instagram photo op, and a Ferris wheel, among other things.

Local Torontonians and tourists alike love to visit the market every year to explore all the new additions and old favourites, but it also attracts the occasional celebrity to come and get into the holiday spirit as well.

Just yesterday, 1/2 of The Property Brothers, Drew Scott, made an appearance at the market along with his wife, Linda Phan.

Scott posted the above photoset to his Instagram yesterday, captioned, "Never too early for carolling, cider and cocoa with great company! 🎄Any song requests?".

The photos show Scott and Phan singing along to carols with a group from the market, and of course, posing with the giant Christmas tree. Even celebrities need holiday lights on their IG feed.

Phan also posted some photos from the couple's trip to the Toronto Christmas Market, including one of the beautiful, bright sign that reminds people of exactly where they are.

Although Scott was born in Vancouver, he spends his fair share of time in the GTA, specifically for the filming of Property Brothers: Forever Home.

For the most part, though, the reality TV star spends most of his time in L.A., where he and his wife have a house.