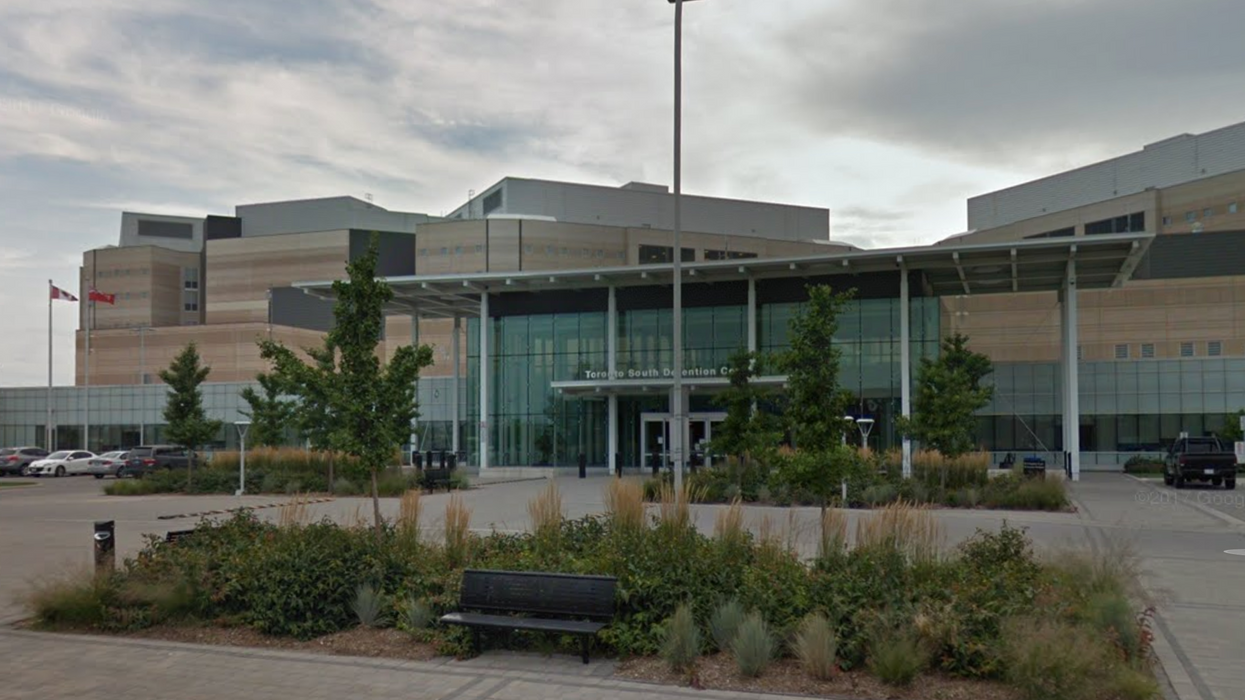 On Monday morning, the media became aware of an incident at the Toronto South Detention Centre. CP24 reports that staff members at the detention centre are refusing to work following the attack, which happened this past Saturday. According to Ontario Public Service Employees Union (OPSEU) president Warren “Smokey” Thomas, eight correctional officers were injured in the attack at Toronto South Detention Centre.

The staff members participating in the work refusal may be taking a stand against conditions that are unsafe. CP24 reports that court delays are expected as the work refusal continues. No additional details on Saturday's attack have been released at this time.

In the past, Toronto South Detention Centre has been referred to as Ontario's most dangerous and violent jail. The jail, located in Etobicoke near the Gardiner Expressway and Kipling Avenue, is Canada's second largest detention centre.

Inmates and staff are regularly assaulted and even killed there, CityNews reported last year. Despite it being a $600 million facility that was designed with inmate and staff safety in mind.

In 2017, 337 assaults and threats were made against facility staff. Many staff members choose not to report threats or attacks to administration because, oftentimes, nothing gets done about it. A spokesperson for the Ministry of Correctional Services publicly admitted that "there has been an increase in violence towards staff in 2017," according to a report by CityNews.

The reason it has become so dangerous, a lawyer told CityNews, comes down to a lack of constant, real-time supervision. Allowing inmates to get away with everything from attacking one another to smuggling contraband.

Gorden Cobb, former corrections officer and local OPSEU Vice President, says that contraband is one of the main reasons that Toronto South Detention Centre has become such a dangerous place for staff and inmates. “That’s what’s making this jail so unsafe — the amount of contraband we have coming in, or the amount of weapons that are being made [by inmates],” he told CityNews.

READ ALSO: Toronto Firefighters Are Battling A Five-Alarm Fire That Is Threatening To Spread To Other Buildings

“What’s happening now is that they (inmates) are getting plastic shanks made out of meal trays or ceramic knives and the only way to detect this is through the scanner," says Cobb. "We’re being denied use of that. It does get used, but it is very sporadic."

As for Saturday's attack, more details will likely be revealed soon.