Who was this guy?! 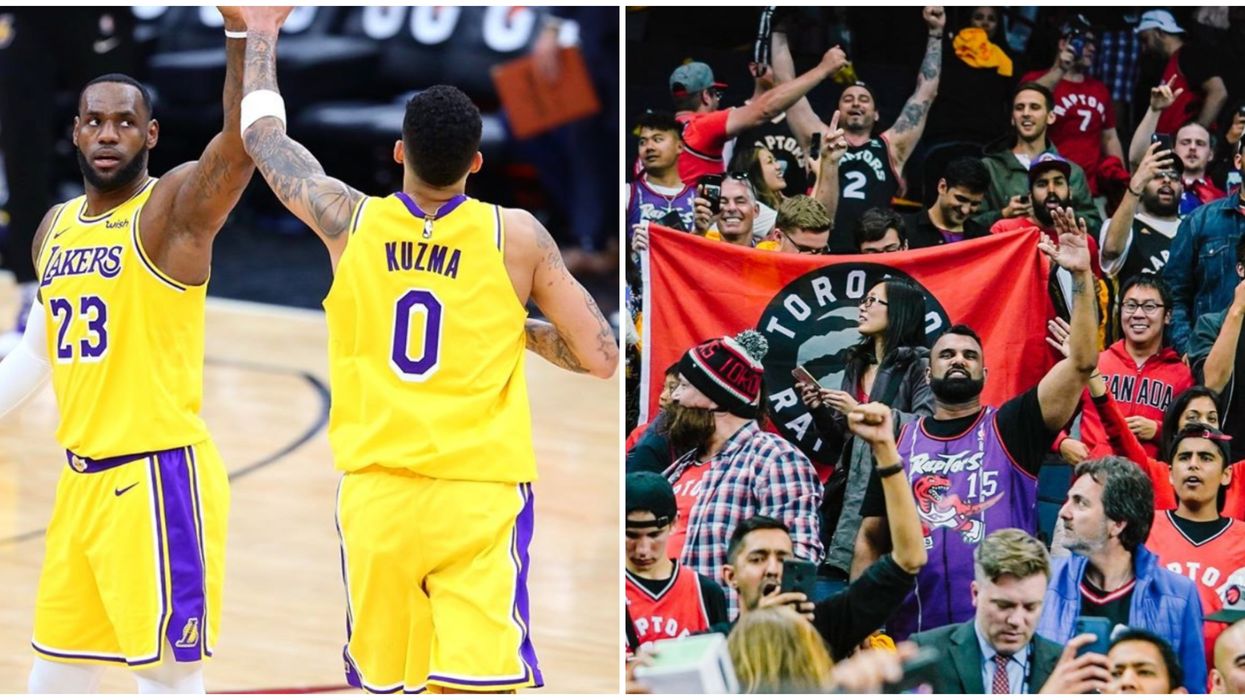 So that’s it, the Toronto Raptors have done it! They have made not only basketball fans but all Canadians across the country so proud tonight, as they beat the Golden State Warriors by 114-110 in a nail-biting sixth game away from home in Oakland, California. However, there is still one nagging question in the back of everybody’s mind. Why did a fan wear a Lakers jersey to Raptors Game 6 tonight?

Canadian basketball has now officially come around full circle. The first ever ‘official’ NBA basketball game was played in Toronto in 1946. Now, the Raptors have become the first ever non-American team in history to take home the NBA Championship.

The Raptors have done the whole country so proud tonight, and with a scoreline that was pretty much neck-and-neck throughout the game, fans eyes were never too far from their screens.

It wasn’t long after the opening tip-off that eagle-eyed Twitter users noticed an unusually-dressed fan sitting behind the Toronto Raptors bench.

The man, who had one of the best possible seats in the house for a Raptors fan, was wearing a LeBron James Lakers jersey. While some basketball fans were able to make light of this unconventional choice of shirt, others were downright annoyed.

Okay honestly who is this douche guy behind the #Raptors bench wearing the LeBron Lakers jersey? Kick that guy out.… https://t.co/LffmdD6ake
— Ryan Jones (@Ryan Jones)1560481788.0

@TheDirtySports the dude wearing a LeBron Lakers jersey behind the raptors bench, rooting for Toronto... if that a… https://t.co/7XAnY11gpH
— Chandler (@Chandler)1560481891.0

Despite seriously irritating a significant number of Raptors fans on social media, the mystery Lakers guy also seemed to draw a lot of attention from very confused NBA viewers, who just couldn't seem to understand why someone would wear a sports jersey that was completely irrelevant to both of the teams playing that night.

Just noticed the guy in the Lebron Lakers jersey behind the raptor bench. Is he trolling himself?
— Rich (@Rich)1560477542.0

Impressed by the unashamed confidence of the Lakers guy, one user wrote “Shoutout to the dude sitting behind the Raptors bench wearing a Lakers jersey with no undershirt. #WeTheNorth”. It seems that they weren’t the only ones who enjoyed the unusual shirt.

Whatever this Lakers-shirt guy was up to during Game 6 in Oakland tonight, let's look on the bright side – his bizarre choice of shirt could have been an unusual good luck charm for the Raptors!