Valanciunas wants one too, who wouldn't? 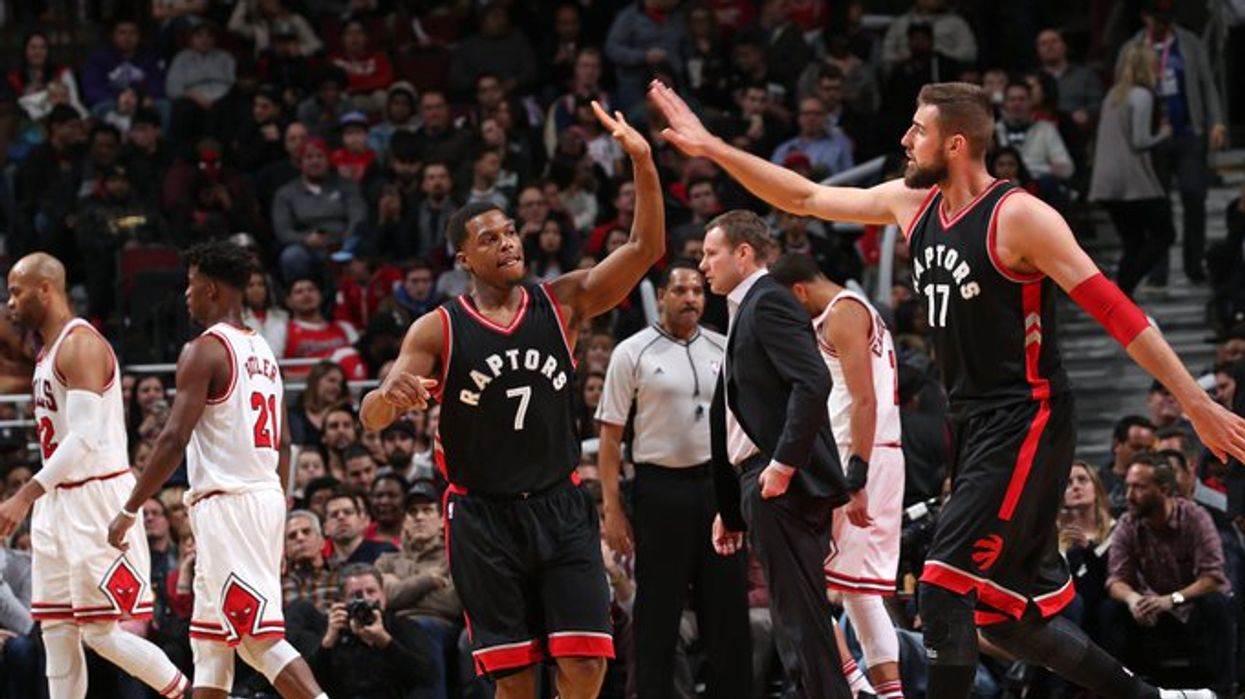 There are no actual rules about who can get a championship ring in the NBA. So former Raptor Jonas Valanciunas could be in line to get a ring for the team's first NBA championship. And Kyle Lowry really wants him to get it.

Valanciunas was drafted by the Raports in 2011 and played in the 2018-19 season for the team. He was traded to Memphis in February, months before the team started the playoffs in April. But him and former teammate Lowry want him to get a ring despite that.

According to BarDown, the Raptors owner MLSE decides who they hand out championship rings to.

So if they want, they can give rings to former players who were part of the roster for the 2018-19 season.

He went on to add that he's hopeful he'll get a ring.

TSN asked people on Instagram if Valanciunas deserves a championship ring. And people had some strong opinions about it.

One user said, "If you weren’t on the roster when they won the final game, no ring for you."

Another commented that Valanciunas played more than enough games during the season to deserve one.

While some agree that he should get one for the work he put in through the years, most people said that he doesn't exactly deserve one because he wasn't there during the playoffs.

"If you’re not on the team in the playoffs you don’t deserve a ring. As a player you shouldn’t want a ring either, I love JV but this is absurd," someone else said.

But at least Valanciunas has Lowry on his side.

NBA teams have historically given out lots of championship rings to people after they've won. For the 2005-06 season, the Miami Heat gave out 415 rings and for the 2015-16 season, the Cleveland Cavaliers gave out more than 1,000 rings.

So it wouldn't be surpising if the Raptors gave out rings to former players even if they didn't have any part in winning the championship with the team.

"It was kind of hard, because I wanted to be there. But it was fun to watch because my guys were doing good," Valanciunas said of the team's play off run.

There's still no official say on if he or any other former player will get a ring.

According to BarDown, the Raptors will get their championship rings at the home opener on Oct. 22 and Valanciunas could potentially get a ring when he comes to Toronto on March 30.