The crack tie is being called a unique piece of Canadian history. 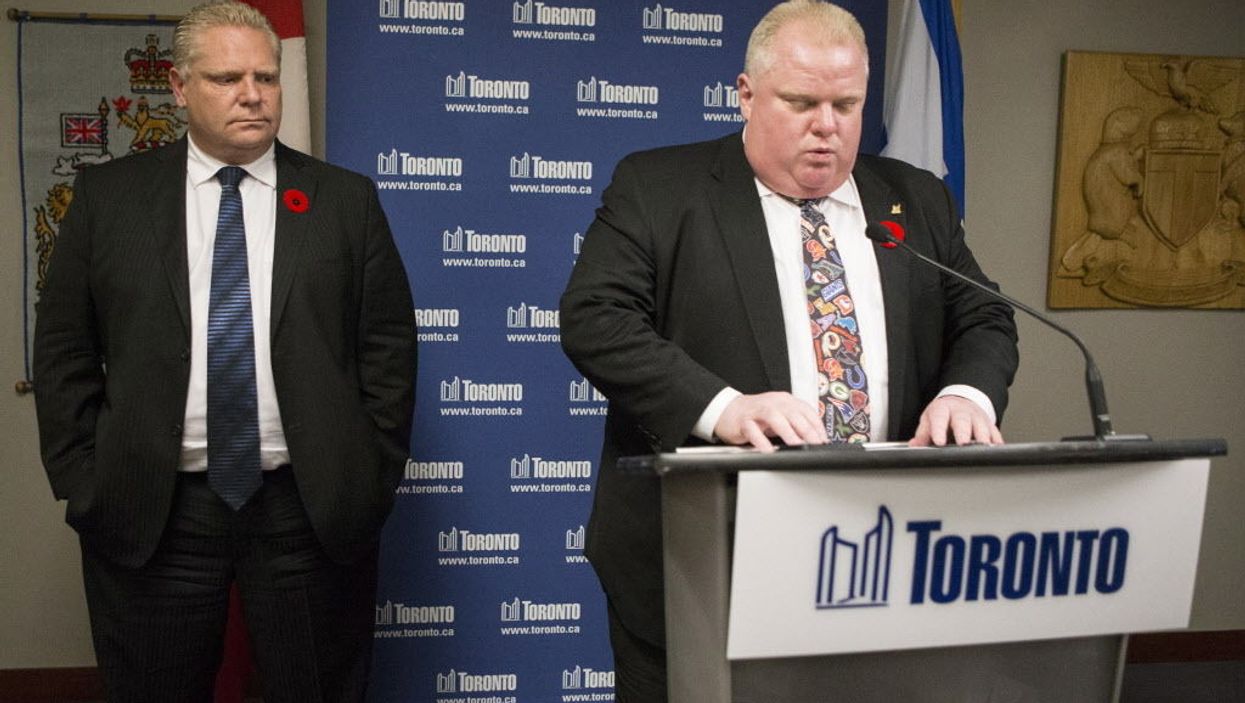 Though former Mayor Rob Ford passed away in March of 2016, his legacy lives on for a lot of people, especially in one particular clothing item.

The tie that Ford was wearing when he confessed to doing crack is up for sale on eBay for $9,999 and while it is an interesting tie, the seller is making some very bold claims about it.

While Rob Ford was no doubt an infamous mayor, to claim that he was the most famous politician or that this particular tie is the world's most famous, period, seems like a bit of a reach.

The tie, which features logos of NFL teams from past and present, is in a glass box which the seller says the buyer will gladly display. The tie also comes with photos of Ford wearing the tie and a certificate to prove it's authenticity.

If that's not enough the seller is also adding in the original box that the tie was shipped to them in, allegedly directly from Rob Ford. Ford himself had put the tie up for auction on eBay in 2015 where it sold for $16,000. If this seller is the original buyer of the first auction, they stand to lose $6,000 in this sale.

The listing has been up since April, but received a small spike in offers recently, with eight being made in the last two days. That said, there are still only 25 offers on the tie, most of which were decline or expired.