They could've been separated at birth. 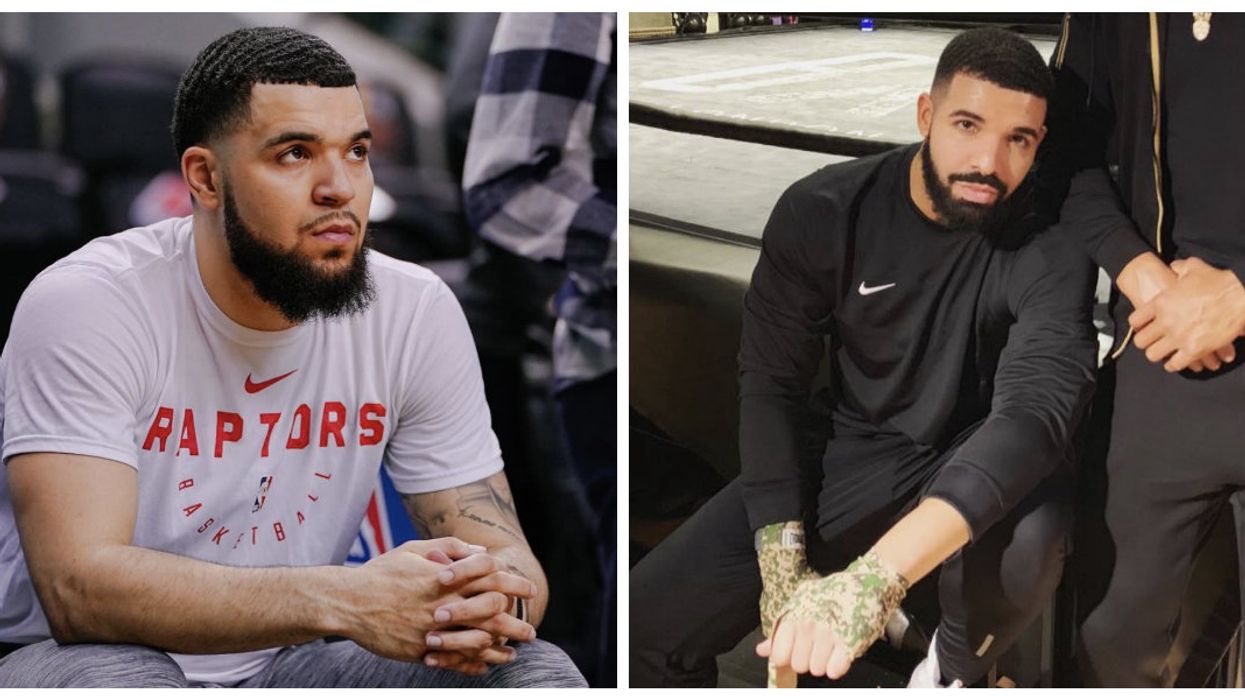 If you're a fan of the Raptors, you might've noticed by now that Drake and VanVleet kind of look alike. Fans have pointed out the uncanny resemblance between Fred VanVleet and Drake for years. Many seem to think that they don’t just look like alike, they look downright related. They're genuinely convinced that the two are genetically linked.

It probably doesn’t help that Drake also acts like an older brother to VanVleet. The rapper reached out to his “little brother” on Instagram last week offering to pay for his dental bills. VanVleet chipped his tooth after he heroically took an elbow to the face for a block during Game 4 of the Finals.

It’s little things like these that keep people convinced that the two must’ve somehow been separated at birth. That, and maybe the fact that they both sport they exact same beard and hairstyles:

Drake looks like Fred VanVleet’s older brother who has been gassing him up since middle school
— Sam Ulum (@Sam Ulum)1558835187.0

While others are simply convinced that the two are really the same person and it's all just a great conspiracy:

Back in 2017, Drake shared a photo of himself with Kyle Lowry and DeMar DeRozan, joking in the caption that the third person in the photo was, in fact, him and not VanVleet. "That’s not Fred Van Vleet...that’s me," he wrote.

The resemblance is pretty much undeniable to the human eye at this point. It's safe to say, though, given the fact VanVleet grew up in Rockford, Illinois and Drake grew up in the 6ix, that the two stand no chance of actually being related - but they should definitely hit up ancestry.com, just in case.