They play the same position, but they are still rooting for each other. 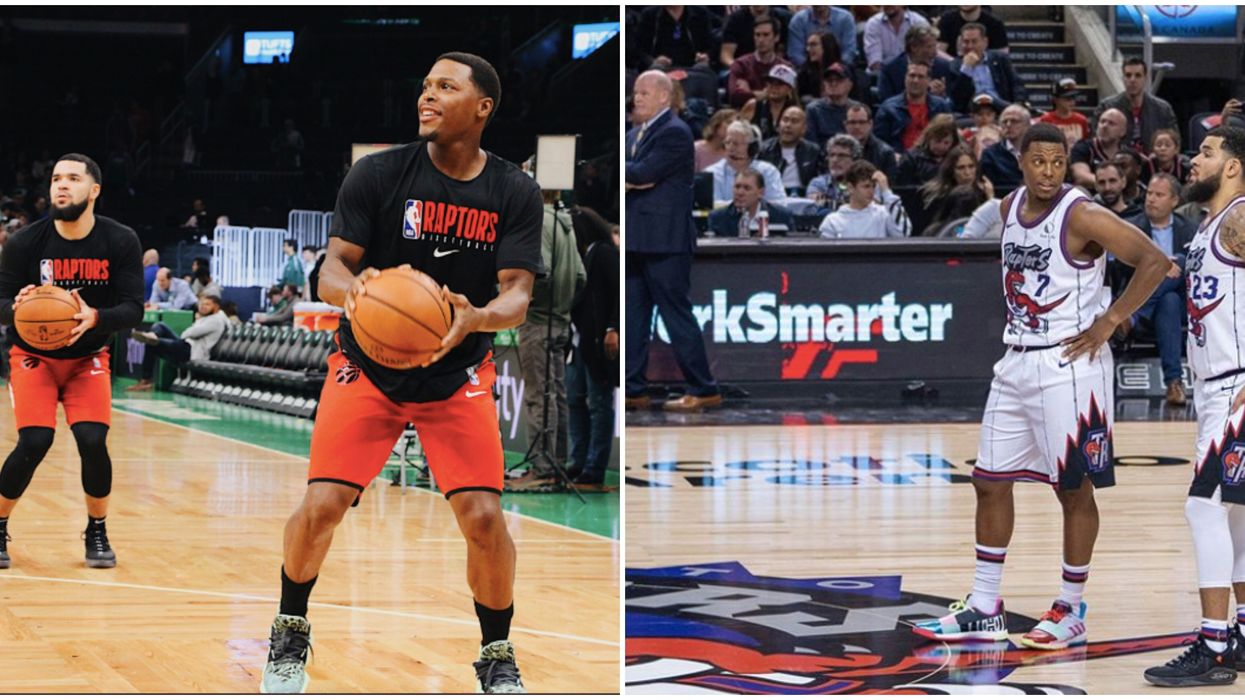 The Toronto Raptors wrapped up their first-ever 95 Rewind Night on Monday with another solid victory. The team beat out Orlando 94-104 in a close match that showed how the Raptors are dealing with their new line up and their status as returning champions. Despite losing powerhouses Kawhi Leonard and Danny Green during the 2019 draft, there are still plenty of forces to be reckoned with on this year’s roster, including the point guard duo of Kyle Lowry and Fred VanVleet.

The teammates first met after VanVleet signed with Toronto back in 2016. Since then, the two have gone on to share plenty of heartwarming moments together, proving that Lowry’s friend circle has widened dramatically since his Raptors bromance with DeMar DeRozan came to an end back in 2018. VanVleet opened up after Monday night’s game about how much Lowry means to the team, adding even more to their adorable bromance.

“He’s never going to come into the season not ready to go, he’s a true professional and one of the best point guards in the league for a reason, so we expect him to be great all the time, and he does nothing less than that,” the player told TSN during a post-game interview.

Although VanVleet plays the same position as Lowry and there’s no question he would get a shot at some glory if he ever left, he’s not ready for his teammate to pack it up anytime soon.

“I’m super happy for Kyle,” VanVleet told Josh Lewenberg of TSN earlier this month. “We want that guy around as long as possible. It’s not like it’s the old days where there’s a QB and a backup QB, and I can’t play if he’s playing. We play together more than we don’t. So, it’s good to have him.”

Perhaps, the most endearing moment between the two came during the Raptor's first press conference after winning it all in the NBA Finals. Lowry crashed VanVleet’s interview to ask his teammate what it felt to be a champion.

The scene was straight out of a movie; all you would’ve needed to do was cue the cheesy music and fade to black. Here’s hoping that the two share plenty more moment like that before its all said and done.