VanVleet always has the best returns. 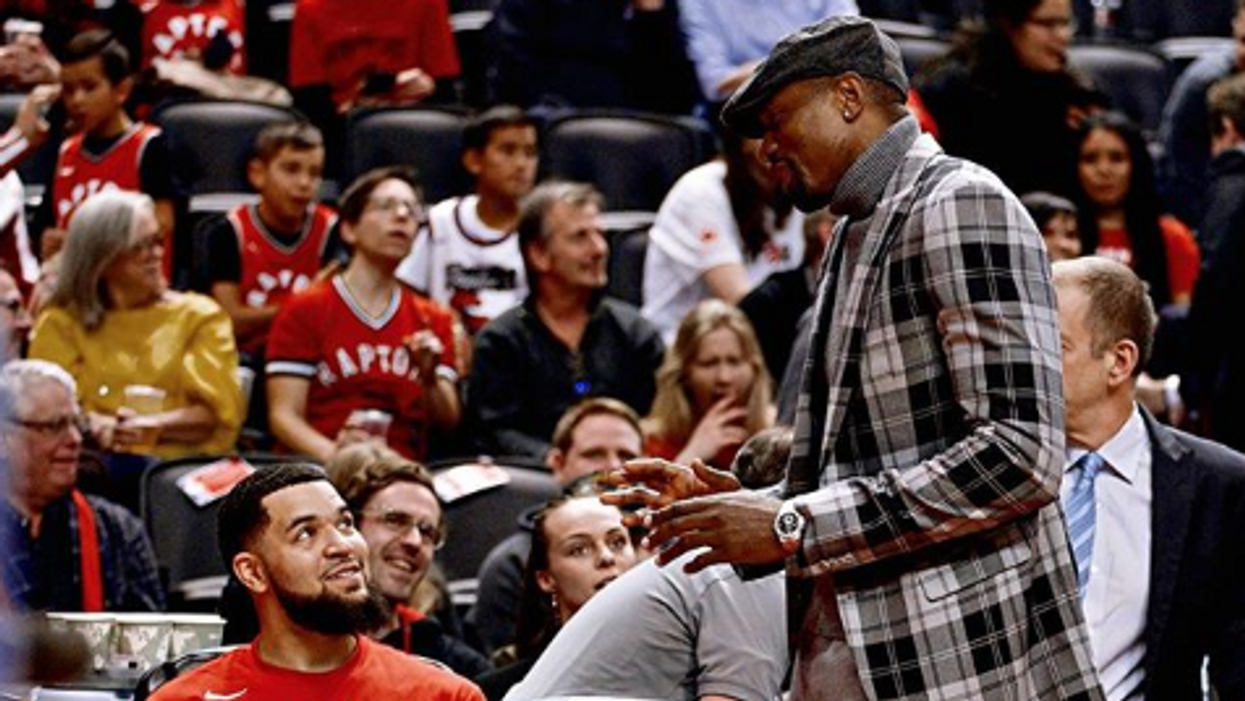 The Toronto Raptors scored another big win last night defeating the Knicks 98-126 at Scotiabank Arena. It was a glorious night for fans, who are starting to realize that their team might actually have a chance of winning another championship this year. The victory also appeared to have the team’s players in a good mood, as could be seen in a hilarious interaction between Fred VanVleet and Serge Ibaka.

A video of VanVleet hanging out in the locker room was posted to the team’s Twitter on Wednesday night. In the short clip, the NBA star can be seen combing his hair and beard when Ibaka interrupts him with a dig at his outfit.

VanVleet then replies, “my whole outfit probably costs as much as one of your socks.”

Serge then hits him back with “That’s your excuses, huh?” to which Fred responds, “I don’t have enough money to dress like you,” as the room bursts into laughter.

Ibaka has become famous for his fashion choices during his time with the Raptors.

The 30-year-old has rocked everything from 1920s sherlock homes inspired gear to high-end Mounties get-up.

It’s clear that the player, who grew up in poverty in the Republic of the Congo, has grown to love putting a little flair into his outfit, but the real question remains, can VanVleet really not afford to dress like that?

The Raptors did resign him back in 2018 for $18 million, so I would say that if he really wanted to dress like Ibaka, he could, but not everyone can pull off being that extra.

I mean, it takes a certain level of inner swagger to pull off some of the outfits Serge has been spotted rocking.

Fashionista or not, VanVleet is definitely riding a basketball high right now.

According to TSN, VanVleet racked up 15 points, four assists, and three rebounds, which helped bring the Raptors to 8-0 at home this season, a franchise record.

The Raptors will face off against the Orlando Magic at 7:00 p.m. tomorrow.