As if you needed another reason to love FVV... 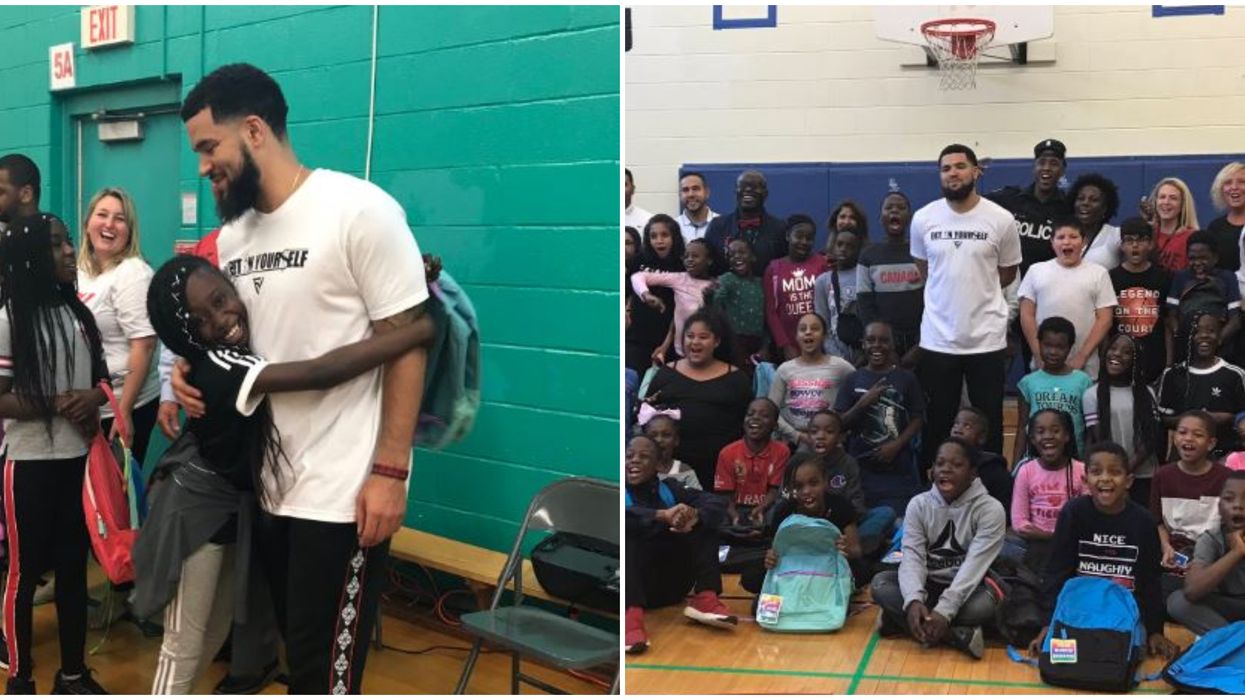 Does everyone love Fred VanVleet, or is it just us? Three months after the NBA Finals, the Toronto Raptors are still making people's dreams come true. That was certainly the case for a bunch of Toronto kids on Tuesday thanks to a Fred VanVleet school visit which seemed to make the children's day.

The appearance of the man they call Fred Sr. at Chalkfarm Public School in North York was apparently a surprise for the keen pupils.

And they certainly seemed delighted to have an adopted local hero in their presence, judging by these images.

This was a rather more tame day out for VanVleet than he's likely expecting later this month.

On Sept. 19, the point guard will mingle with adoring Raptors fans at a meet-and-greet in Shoeless Joe's in Vaughan.

VanVleet — or VanThreet, to give him his postseason name — is a native of Rockford, Illinois. However, Torontonians largely consider him one of their own.

He's certainly earned his place as something of a darling figure among Raptors fans in recent years, anyway. His role in helping Raptors 905 win the G-League championship in 2017. His nomination for Sixth Man of the Year in 2018. His remarkable playoff form and nomination for Finals MVP in June.

Hell, he even looks like Drake. According to some, anyway.

If there was anything needed to cement his cult hero status among Torontonians, brushing off an almighty hit to the face during Game 4 of the Finals was probably the clincher.

And now, he's going around inspiring the city's youth and making schoolkids' day, not for the first time. What a guy.