Sounds like fans are expecting to see VanThreet more often. 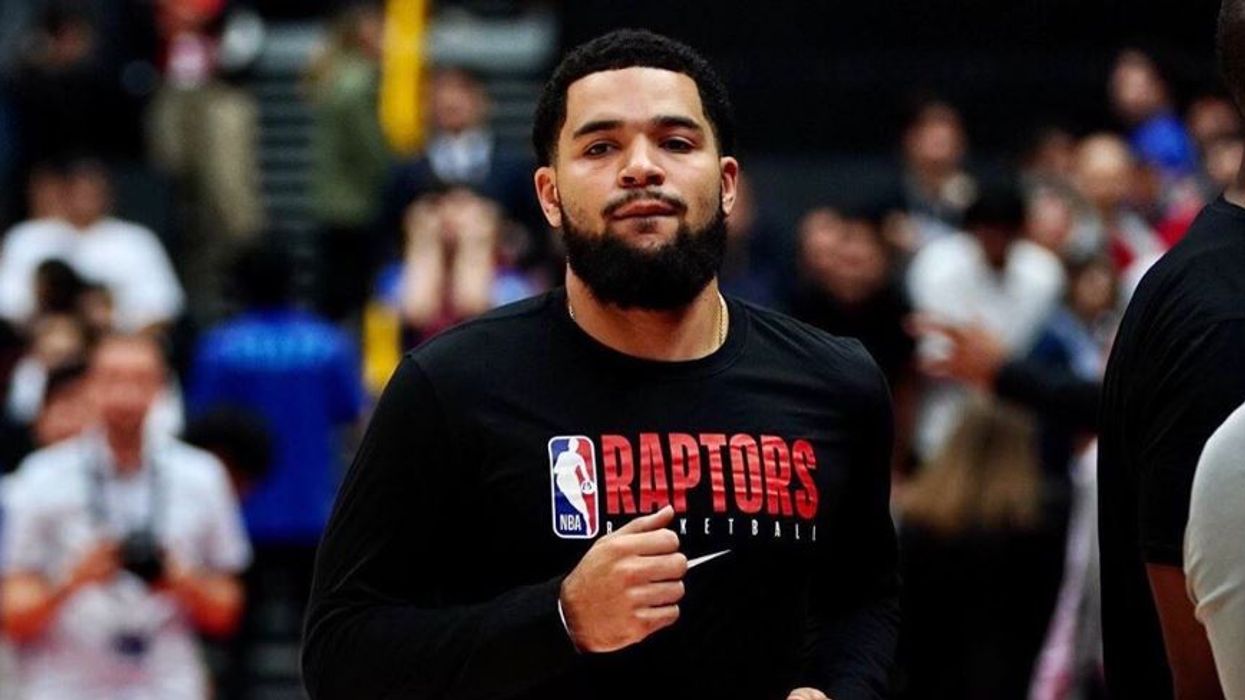 Fred VanVleet, even more than many of his Toronto Raptors teammates, had a banner year in 2019. The hugely popular point guard had already contributed much to the 2018-19 season before the birth of his first son during the team's Eastern Conference Finals series seemed to help him reach even higher gears on the court. And FVV is being backed by many NBA viewers, whether Torontonian or not, to win a big individual award in 2019-20.

One of VanVleet's chief qualities, aside from the strength of his character, is his impressive versatility on the court. A part-time starter, FVV has really earned his keep at Scotiabank Arena as a crucially important bench player for Nick Nurse's side.

Of course, he stepped up his game in the NBA playoffs in the summer. In Game 5 of the Eastern Conference Finals against the Bucks, days after the birth of son Fred Jr., VanVleet scored 21 points from three-point range in a 105–99 win over the Milwaukee Bucks, and he added another 14 points in a series-clinching win in Game 6.

In Game 4 of the Finals, of course, he had a tooth knocked out by a hit to the face against Golden State Warriors, instantly turning him into a new level of cult hero. Then, in Game 6, he netted 22 points with five threes off the bench as Raptors won their first NBA championship.

So important were FVV's contributions in the Finals that it was the Illinois-born man who finished as runner-up to the unmatchable Kawhi Leonard in Finals MVP voting.

And fans from around the NBA, not just Toronto, seem to think VanVleet work will see him crowned the league's Sixth Man of the Year for 2019-20.

The 6MOY trophy is handed out annually to the player who made the biggest difference as a substitute for his team. FVV was a runner-up for the award last year but lost out to the LA Clippers' Lou Williams, a former Raptor.

That was Williams' third 6MOY win, making him only the second player ever to earn such a treble, and there are plenty of people backing him for a fourth win. However, there also appears to be a significant subsection of the league's followers who think this will be VanVleet's year.

VanVleet's name being thrown around so much is a testament to how much his stock has risen in recent times. And, in fact, the thing most likely to stop him competing for the award could be his own success.

Should FVV be one the main beneficiaries of the gaping hole left by Kawhi Leonard's departure, he may play himself out of eligibility for the replacements' trophy.

Kevin Durant thinks younger players should be looking up to Van Vleet, who appears truly settled with family life in Toronto. With his greatest year to date in the books behind him, maybe this is the year Fred picks up an individual trophy?