His tooth could be seen left lying on the court! 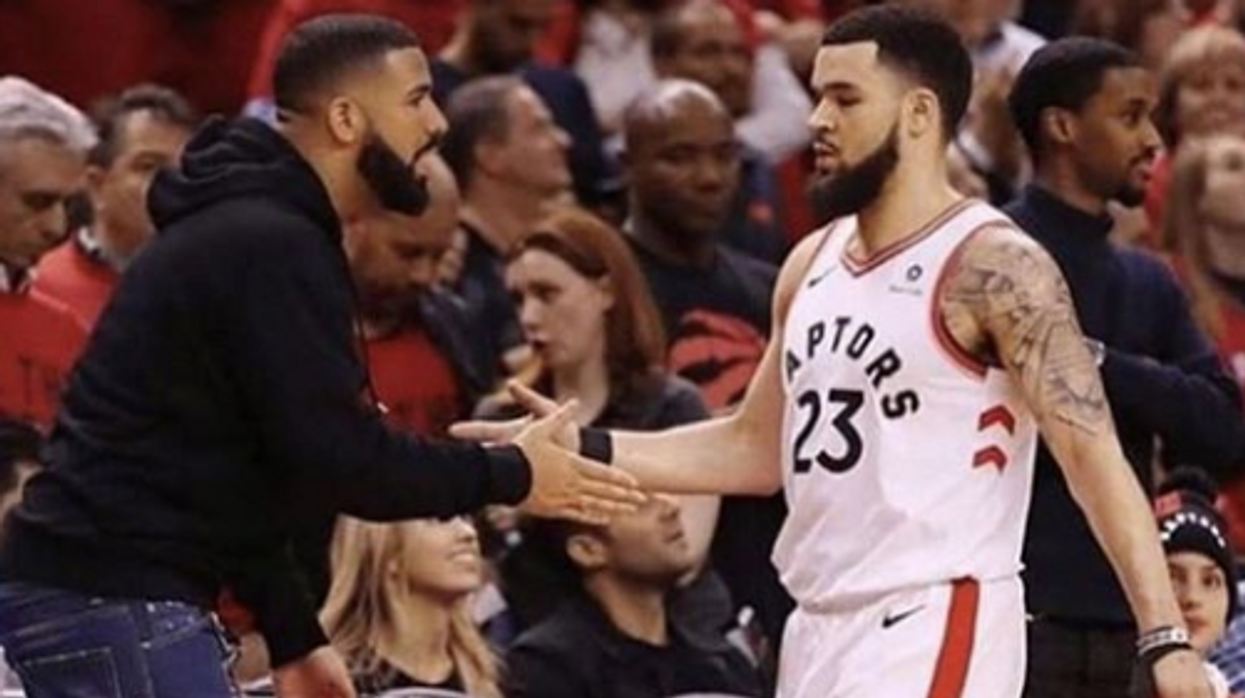 The Toronto Raptors took no prisoners on Friday night during Game 4 of the NBA Finals at the Oracle. While the team put on a triumphant performance against the Golden State Warriors, the victory didn’t come without sacrifice, namely Fred VanVleet’s face.

VanVleet, who has become a strong fan favourite in the journey to the finals, caught an inadvertent elbow to the face in the fourth quarter. The knock left him bleeding heavily under his eye and as he walked off to be assessed, his tooth could be seen left lying on the court. Although he made a point of smiling for reporters afterward to show what was left of the tooth in his mouth.

Thankfully, VanVleet was stitched back up pretty quickly, and after clearing concussion regulations was able to return to the court to witness his team finish off the competition with a confident 105-92 victory.

Speaking after the game, he said "I didn’t lose it, but it did some damage. Hopefully by the next time you guys see me, I’ll have it fixed. I took a nice shot there and unfortunately it took me out of the game. I just tried to hurry up and get it stitched up and be back on the bench with the guys. They took care of business."

Joking with reporters, VanVleet said “The stitches I can deal with. I was more upset that I had the remnants of my teeth floating around in my mouth as I was laying there on the ground.”

VanVleet laughed when a reporter asked if he felt more ‘Canadian’ with his new hockey-style, gap-toothed grin. The American player said “If that’s what being Canadian is, I’m not sure I want it. I don’t play hockey. I’ve got a lot of respect for those guys and what they do, but losing a tooth is not fun.”

Shortly after the win VanVleet took to Instagram to share a selfie showcasing his cracked tooth, using the caption “Need my shit fixed asap” with a laughing emoji. Never too far away from Raptors drama, Raptors superfan and ambassador Drake was quick to offer his Canadian healthcare to VanVleet. Seemingly forgetting that dental doesn't come free under healthcare, the Take Care rapper posted saying “Damn twin you can use my free health care.”

While it is more than likely that VanVleet has a pretty extensive health and dental policy through the league, Drake’s playful comments are likely to have caused VanVleet to crack a toothless smile when he saw it.

VanVleet Has been fully cleared of a concussion and confirmed fit to continue to play. It is likely he will be playing in Game 5 on Monday as The Raptors will fight once again to claim the championship title.