Could it be a Durant-Leonard dream team? 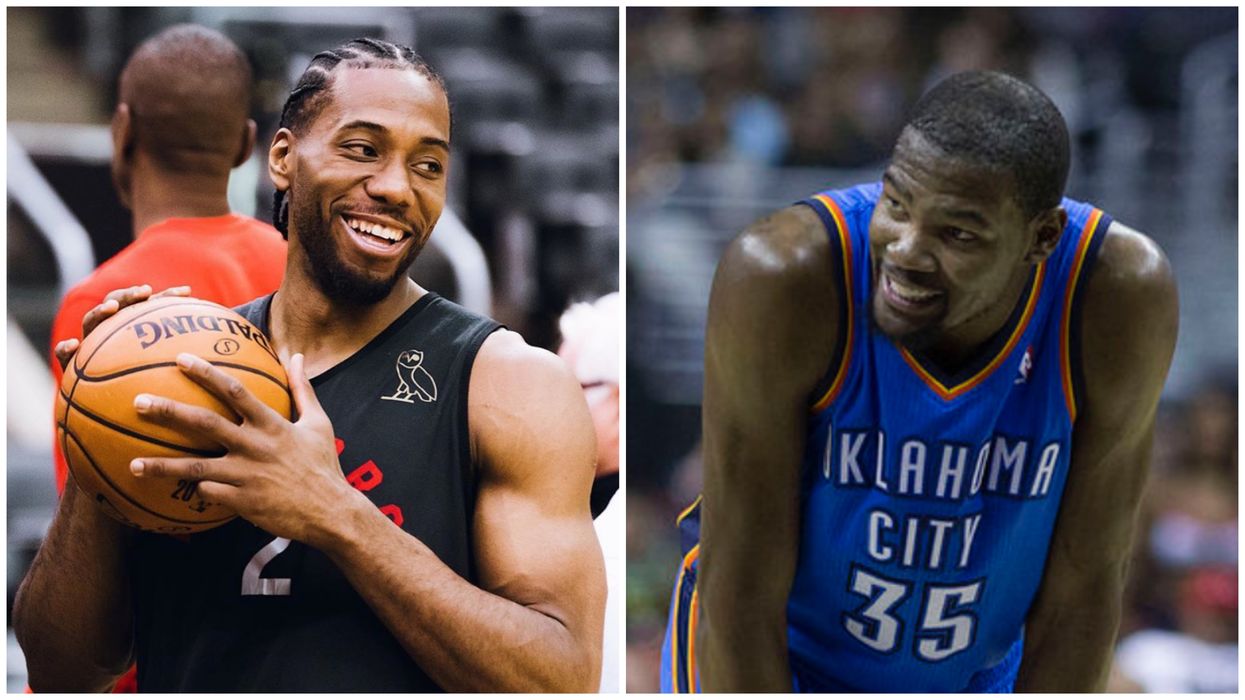 It is no secret that there are a number of NBA teams desperate to get Kawhi Leonard on their side. With the June 30 free-agency date edging closer and closer, and Leonard reportedly in talks with a number of teams, it is anybody’s guess what his next move will be. That said, it hasn’t stopped anyone speculating, of course. Now the speculation has roped in another possible free agent, Kevin Durant.

On Sunday evening at 6 PM the NBA teams will start their negotiations in what is being called ‘one of the most hotly anticipated free-agent periods in history,’ as more than 200 players will become eligible to switch their teams.

Of these 200, there will be twenty-four superstars, all who have at least one All-Star appearance to their names. With all of that in mind, it is shaping up to be a very exciting long weekend indeed.

Among the top players of interest in the free agency are Toronto Raptors Kawhi Leonard and Kevin Durant of the Golden State Warriors, and, according to new reports from ESPN, they are discussing teaming up together.

Reports from ESPN’s Adrian Wojnarowski and Ramona Shelburne suggest that the Leonard and Durant are in talks about joining one another, with the New York Knicks and Los Angeles Clippers looking like likely destinations for the new pair.

According to the reports, it is only the Clippers and the Knicks that are in alignment with salary-cap space and have a common interest to sign both Durant and Leonard.

Despite being asked numerous times about their plans come this weekend, both players continue to hold their cards tightly to their chests. Speaking during the NBA Finals, Leonard only said "I just want to play and just let people remember that I played hard at both ends of the floor, I was a winner, and that's basically it. I'm just here enjoying my dream, having fun.”

The signings of the weekend ahead could make all the difference for NBA teams ready for the 2020 season. According to experts, the power balance in the NBA has the potential to shift significantly, particularly if Durant decides to leave the Warriors and Leonard leaves the Raptors.

Experts believe that Leonard is likely to hear pitches from the Los Angeles Lakers, the Clippers and the Toronto Raptors, but still, nobody has any definitive answers for desperate Canadians, who will do anything for Kawhi to stay in Toronto.

"A lot of things are going to happen," said Raptors guard Danny Green, speaking of the weekend ahead. Talks will begin on Sunday at 6 PM.