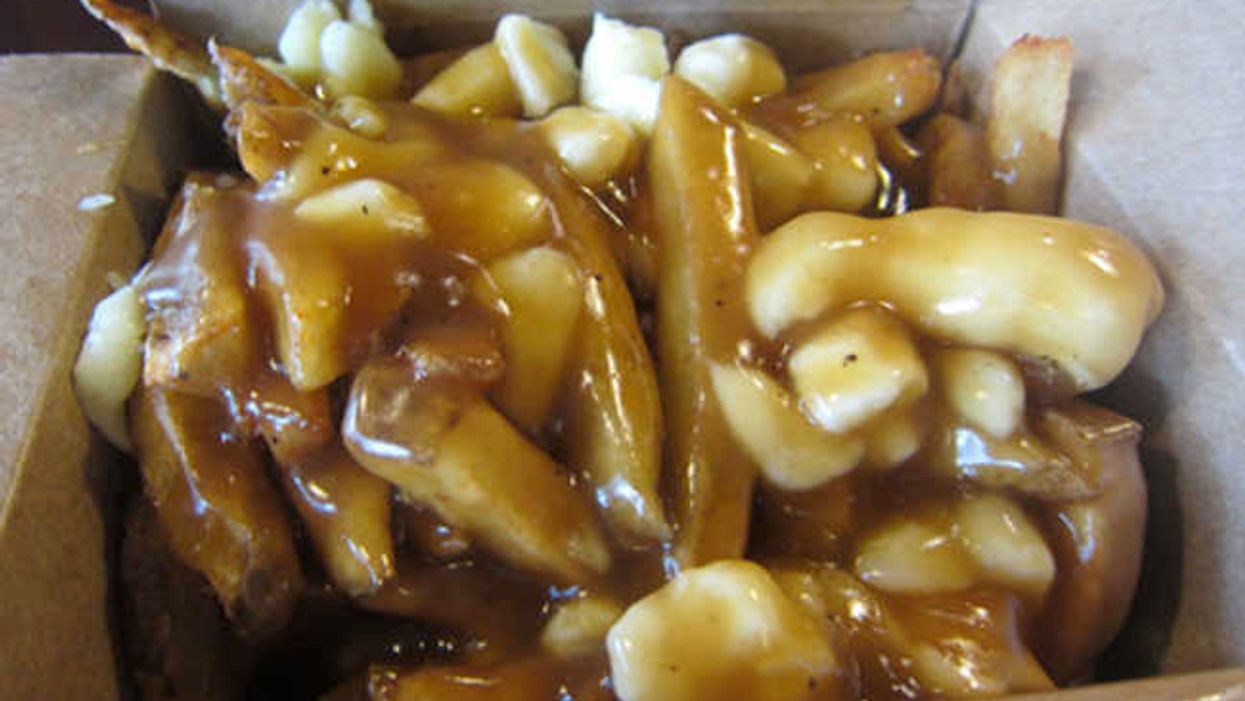 Weekends are when you throw any and all dietary worries to the wind. You worked hard all week to eat well, and the hungover state your body is in  makes you crave/need some carbs, grease, and cheese. Poutine has all three in spades, and you can mow down on some poutine,  for free, this weekend at Smoke’s Poutinerie Annual World Poutine Eating Championship.

For the fifth year in a row, Smoke's will challenge citizens to eat as much poutine, as fast as humanly possible. $6, 000 in cash prizes is the incentive, though title of poutine queen/king is good enough to us.

Unfortunately, contest registration is closed, so unless you already signed up, you won't  be able to win any cash, nor the chance to beat last year's record of eating 24 pounds of poutine in ten minutes. Considering that last bit, maybe the lack of contestant space is a blessing in disguise.

Don't worry that you can't compete, because anyone who attends the event will be getting free poutine to eat. Head over to the competition anytime from 10am (for breakfast) to 4pm (for really late breakfast), and enjoy some gratis gravy, cheese, and fries.

Smoke’s Annual World Poutine Eating Championship (with free poutine) will be held at Yonge-Dundas Square on Saturday, October 4th. Poutine will be served starting at 10am, with competitions beginning at 2pm. Get more details at Smoke's website and the official event listing here.