Welcome to the world little guys! 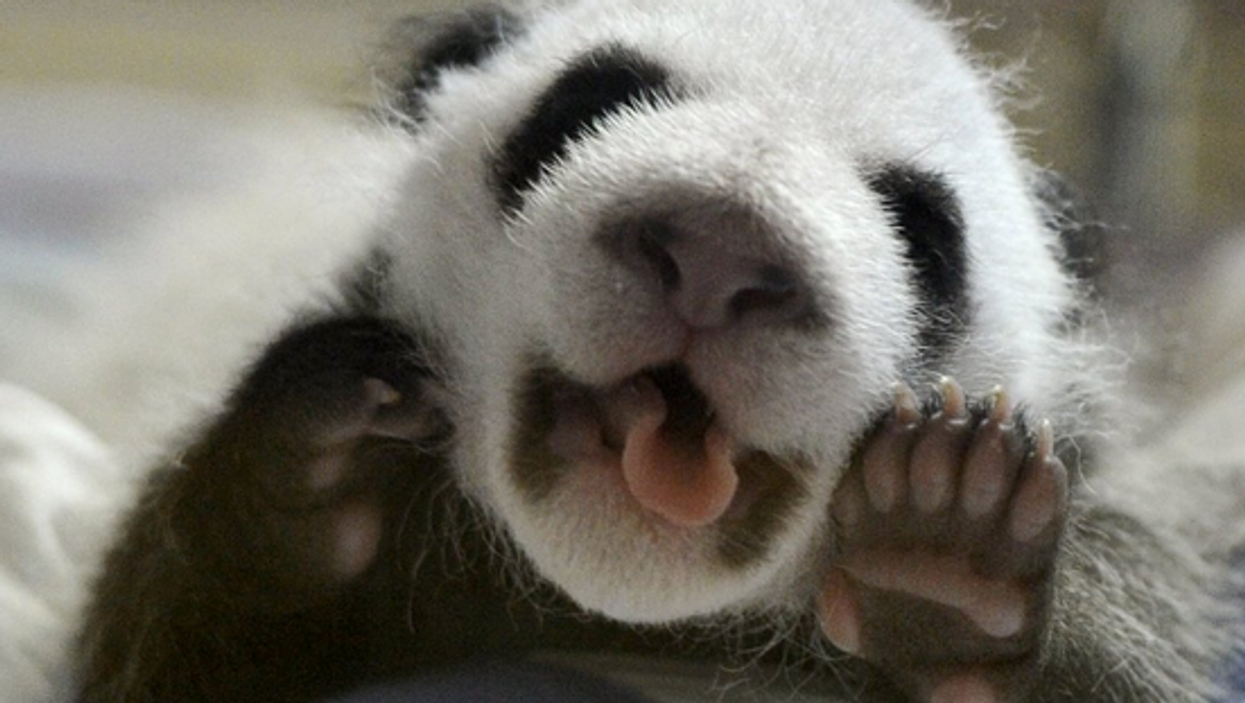 A Canadian first occurred today: The Toronto Zoo just announced that Er Shun, the giant panda, just gave birth to twin cubs today. These are the first pandas to ever be born on Canadian soil!

The first of the cubs was welcomed to the world at 3:31am, while the second cub arrived a little while later at 3:44am. The little cubs are pink in colour with sparse white hairs and are only about the size of a stick of butter. AWE!

The cubs are very vulnerable and thus will remain in the giant panda house’s maternity area for several months.The twins, if they survive, will live at the zoo for about two years and will likely return to China. Finger crossed for the little guys!

Here's a photo of the newborn cubs below:

Also, in case that isn't enough cuteness, here's a video of  pandas playing. Hopefully, we'll have videos of our two little guys playing just like this in a few months: