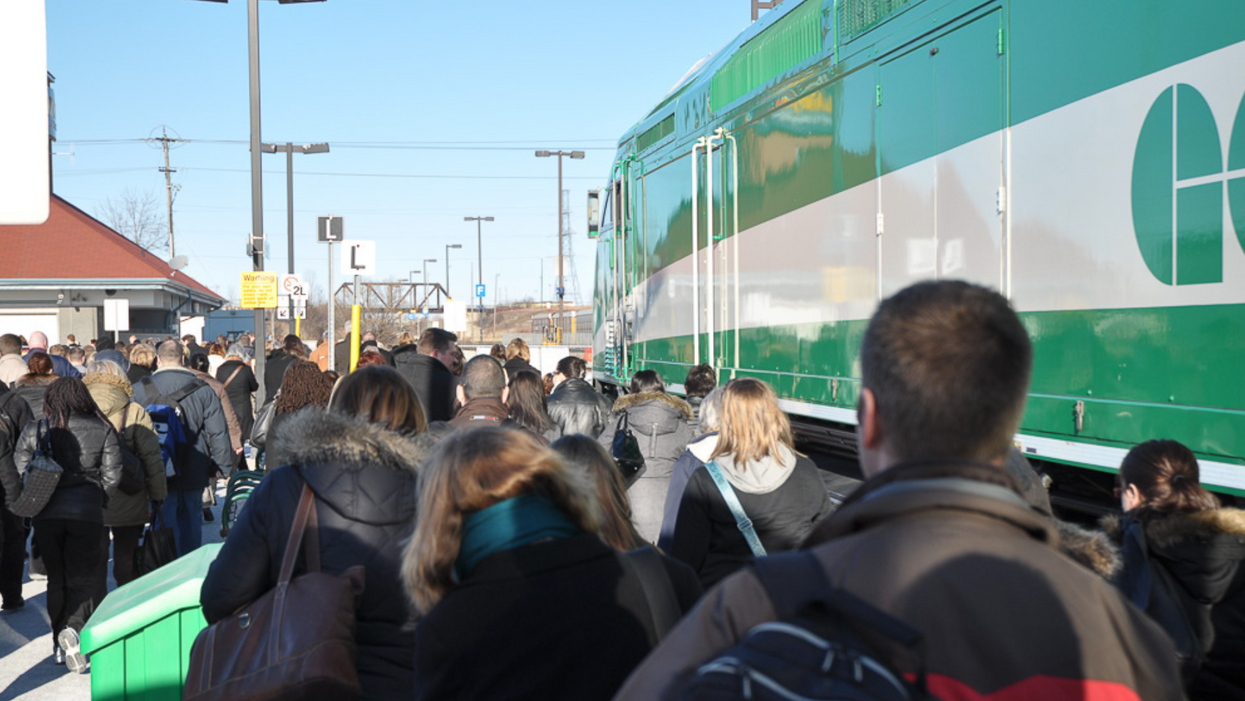 Changes to Ontario's biggest transit system are causing seriously dangerous conditions in Toronto right now. GO Transit's major changes to the Kitchener Line are not only an inconvenience to thousands of commuters but are also becoming a health hazard, causing people to faint at the station. For the past few days, Union Station has been plagued by overcrowding in the afternoons after Metrolinx, the company who operates GO Transit, changed the times on the Kitchener Line and eliminated a 4:50 PM express train. The 4:50 PM trip was cut to allow for one more train on the line servicing more stations, but it's had catastrophic results.

With the express train being cut, more pressure is being put on the trips before and after that time slot. While GO Transit officials were expecting the time change to impact commuters, they weren't prepared for the level of overcrowding that has happened every day since the changes went into effect.

Passengers weren't prepared for the major overcrowding either and they couldn't be angrier about it. Taking to Twitter, several GO riders are sharing their experiences trying to get home with the overcrowding.

In photos and videos of Union Station shared online, you can see hallways and stairs completely jammed with people and the entire station at a standstill.

While this is certainly inconvenient, passengers are also claiming that it's incredibly dangerous. In another tweet, a passenger describes people pushing, shoving, and even people being crushed on the platforms as they tried to board a train several minutes before it was due to depart.

5 minutes before departure. People are pushing and shoving and getting crushed trying to get on this train before the doors closed. Why doesn't the head of Metrolinx and GO come down and see this is DANGEROUS. Bring back the 450 express train to ease the burden for YOUR CLIENTS!

Speaking with CTV about the overcrowding issue, other passengers at Union this week have also reported that the crowding is so bad and dangerous that some people are even fainting from the heat and pressure of the crowds.

In response to complaints from people on Twitter, an account for the Kitchener GO Train has been giving a generic response thanking people for their patience as they work to improve the line.

Metrolinx has also responded but they say they expect to make an announcement about solutions to the overcrowding in the next two weeks. Unfortunately for passengers, this means two more weeks of dangerous commuting conditions.