You might want to call it a snow day. 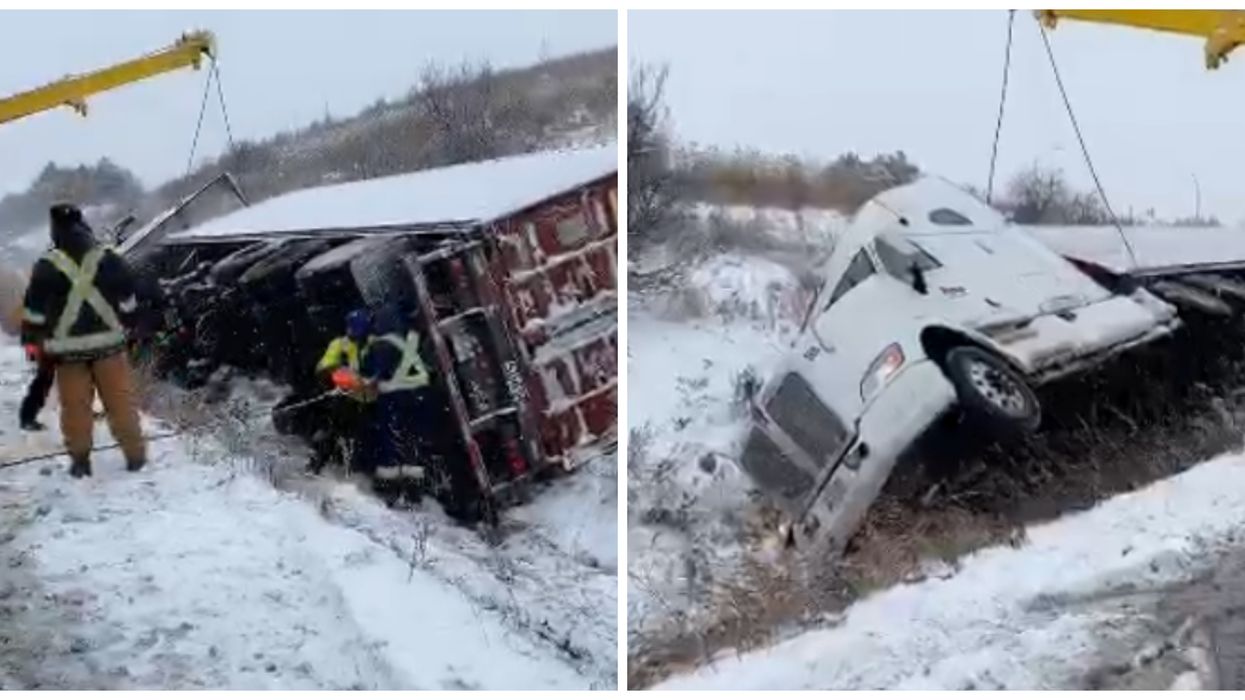 If you were thinking about getting in your car this morning, you might want to think again. GTA drivers are being warned to stay off the roads after a series of collisions on Thursday morning. York Regional Police cautioned motorists to allow themselves a snow day if possible, to help combat the growing number of accidents on local highways.

“Be safe on the roads today and stay home if you can. This morning we have already had 40 calls for collisions in only 3 hours. Slow down, take your time and be courteous to other drivers,” police warned on Twitter.

Friday morning’s commute initially got off to a good start with no serious collisions being reported.

However, just after 9:00 a.m., a truck rolled into a ditch on Highway 427 near the southbound ramp from Finch Avenue. It is expected to take 2 hours to clean up.

Sgt. Kerry Schmidt offered up his opinions on this morning’s driving conditions while patrolling Highway 401.

“It’s going to be an interesting morning drive, make sure you have full visibility, your mirrors are clear and that you can react to changing conditions.”

Schmidt also noted that both traffic and congestion were at a high.

“If you’re not paying attention during rush hour, you have to be prepared to adjust your driving and stop in time. If you see snow, go slow, it’s a pretty simple message, but on mornings like this, you need to be prepared,” Schmidt added.

Environment Canada issued a weather alert for the City of Toronto and surrounding areas.

The GTA weather warning is estimating up to 10cm of snow in some areas, and the morning commute will be impacted.

An unexpected snowstorm swept across the GTA just before dawn.

It was reported to have fallen at a rate of 1-2 cm per hour.

However, the majority of the accumulation was predicted to fall between 5 a.m. and 10 a.m. with conditions expected to clear this afternoon.