Even if the calls are accidental they still stop real emergency calls from getting through. 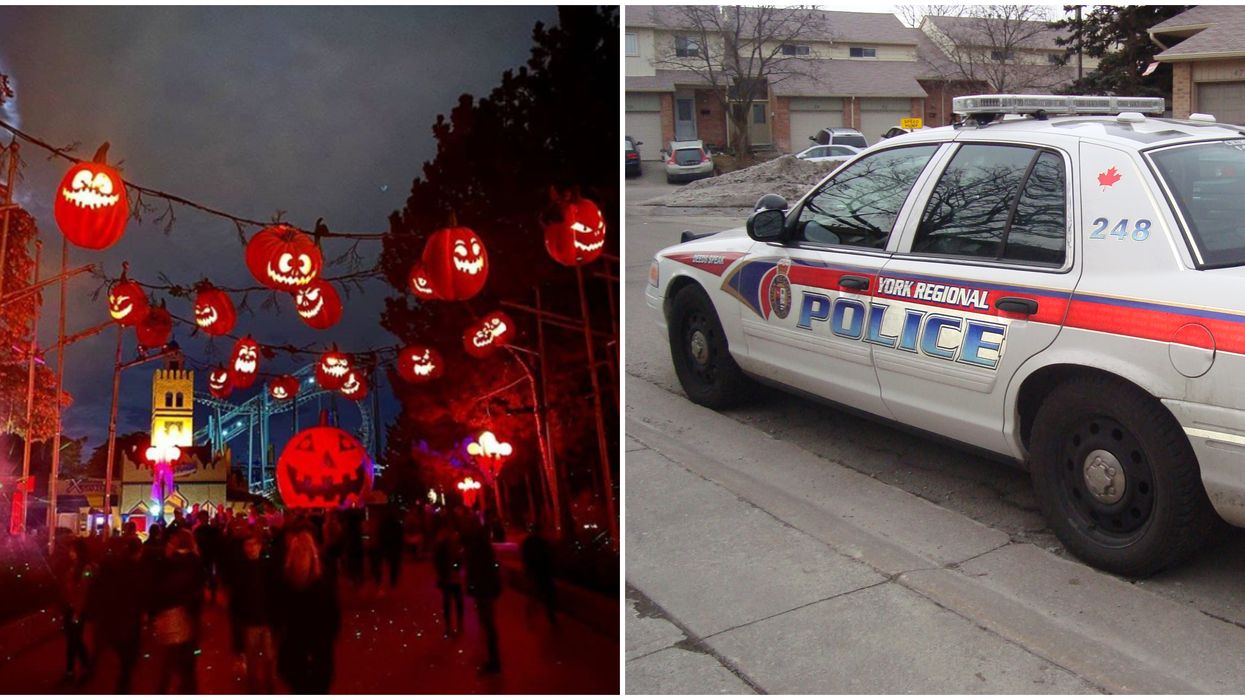 Nobody wants to get called out by the police on Twitter. Especially not if you prank call or butt dial 911. But that's the case for some people who were at Wonderland on October 25. Halloween Haunt is under fire from York Regional Police after people called 911 while at the event.

York Regional Police sent out a tweet late on October 25 about people calling 911 from Halloween Haunt at Canada's Wonderland.

They are asking people to be conscious of what their phones are doing while they're at the theme park and actually turn off their phones because of how many non-emergency calls they got on the emergency line.

"Listening to you giggle & scream is getting tiresome," the tweet said.

Halloween Haunt is an annual event at Wonderland during September and October that is all about spookiness and getting scared.

Wonderland turns into a "scream park" and there are special attractions like haunted houses and mazes where people get scared by people dressed up as monsters.

It's unclear if people accidentally called 911 as they were running through haunted houses with their phones clutched in their hands or if people were trying to show off in front of their friends while at the park.

But with four phone calls in only five minutes, it's hard to imagine just how many calls went to 911 during the entire night from Wonderland that had nothing to do with emergencies.

The frustration with the people who called 911 from Halloween Haunt is crystal clear in the York Regional Police tweet.

And some people who replied to the tweet thought it was funny themselves but others were not too pleased to hear what happened.

Someone else suggested the police start charging people who call 911 when it's not actually an emergency but someone else said "they're probably just kids. A warning would do perfectly honestly."

Whether the calls that came into York Regional Police form Halloween Haunt were pranks or just accidents, they still tie up the line for real emergencies.

So be more cautious with your phone because you don't want to be subtweeted by York Regional Police.