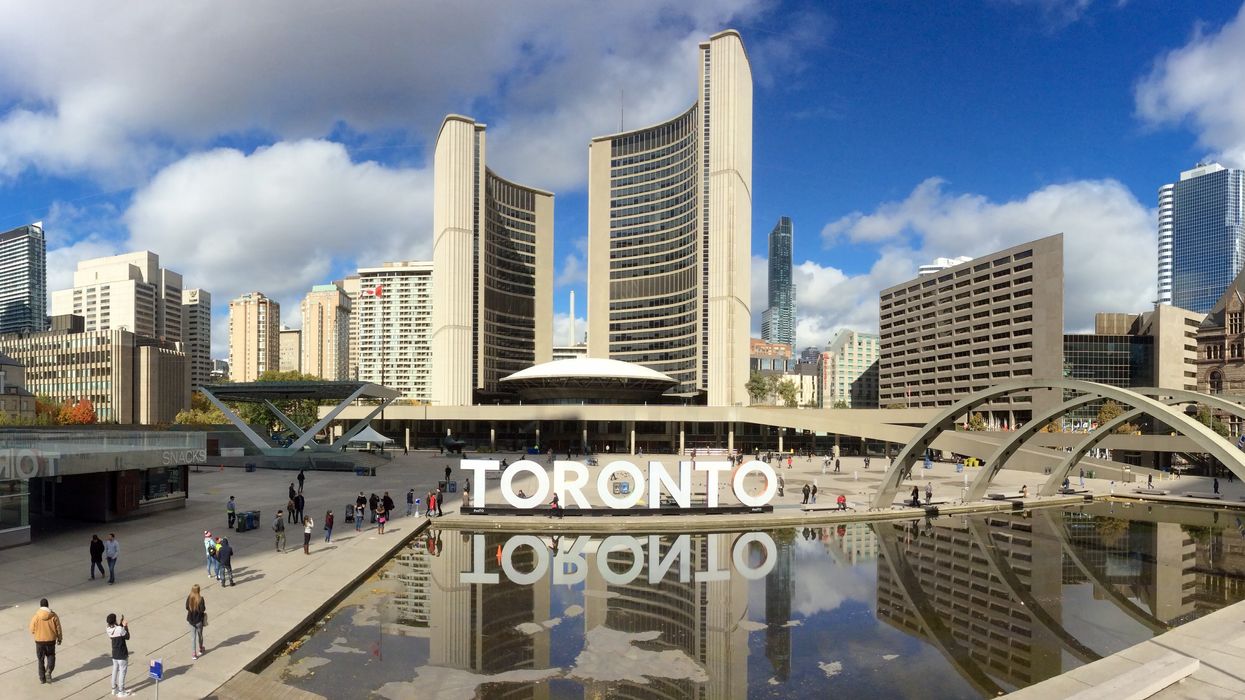 2018 is a municipal election year for Toronto and many other cities and towns. The election won't be until October but the deadline to run for Mayor of Toronto was today at 2 pm.

It is actually really easy to become a candidate - you just need to fill out all the mandatory forms and submit your nomination to the city. As long as you meet the basic requirements, all you need to provide in your application are 25 people’s signatures and $200 for the registration fee.

A total of 24 people have entered the race to be Toronto's next leader. These are some of the most notable ones in the running.

The candidates featured in this article are some of the most notable, meaning well-known, in the mayoral race. Some of the candidates mentioned are controversial. They have received both negative and positive attention in the media and from the public. John Tory is the current mayor of Toronto after winning the last election in 2014. He was also the leader of the Ontario Conservative party until 2009 when he resigned and began hosting a radio show. This will be his third time running for mayor. His first was in 2003 when he lost to David Miller. James Sears is one of the more interesting candidates in this election. He is the editor of a neo-nazi newspaper, Your Ward News, and a former doctor. His license was revoked after he confessed to multiple counts of sexual assault following complaints from female patients. He also has worked as a pickup artist, offering to teach men how to seduce women.

This mayoral race has not one, but two neo-nazis. Chris Brosky, who is described as a neo-nazi skinhead, was convicted in Texas of murdering a black man in a drive-by shooting when he was only 16 years old. He served 16 years in prison before being released and deported to Canada. He previously ran for a councillor seat in the 2014 municipal election.

In 2014, Jack Weenan identified himself as Toronto's biggest loser after he came dead last in the municipal election. At only 19 years old, he had run up against 65 other candidates and only received 52 votes coming dead last. Now at 23, he is running again and has vowed to do so every election until he wins.

Brian Graff became the first person in history to be rejected from running for the leadership of the Federal NDP party. In October 2017, he announced his intention to run but was turned down and though he claims he wasn't given a reason at the time, the party later stated that Graff frequently made public statements that didn't align with the NDP party.

Mike Gallay seems to be taking a stab at being the most relatable candidate. Instead of submitting a website with his nomination, he simply gave the link to his Instagram account. Lots of politicians use Instagram, but instead of posting about his campaign, Mike's feed is full of food pics and his dog. Jennifer Keesmaat is considered one of the strong contenders in this mayoral race. Up until September of 2017, she was the Chief Planner of the city. She resigned last year to pursue other interests and has now announced her decision to go up against John Tory. She waited until the last minute, filing her official papers just minutes before the deadline.

Sarah Climenhaga has been an advocate of safe streets ever since her teenage son was side-swiped while biking in the city. He was ok but Sarah, who is also a mom to two other children vowed to make Toronto's streets safer. She declared her candidacy early in the race and has since been called a breath of fresh air in the election. Knia Singh, aka Master Knia, is a musician, activist, and lawyer. Knia was also previously named one of the People To Watch by the Toronto Star. At the end of June, he told radio station Newstalk 1010 that he thought it would be a two-person race between himself and John Tory since no one else was high profile enough.

What's most interesting about Jakob Vardy is his use of Youtube as part of his campaign. He goes by jayvardy on the platform and has published videos where he has discussed his platform and vision for Toronto. What is especially worth noting is the whiteboard where he writes his ideas in near-illegible printing and his belief that Twitter polls are the key to democracy.

Kevin Clarke is a perennial candidate, meaning someone who runs in a lot of elections but never wins. It's sort of an always a bridesmaid, never a bride situation. Clarke is also notable though for being one of Toronto's most infamous homeless people. He began living on the streets after his business failed in 1998 and would preach and sing on the city streets.

In 2014, 65 candidates ran for mayor in the municipal election, this year only 24 people are in the running.