Anyone have any Advil?? 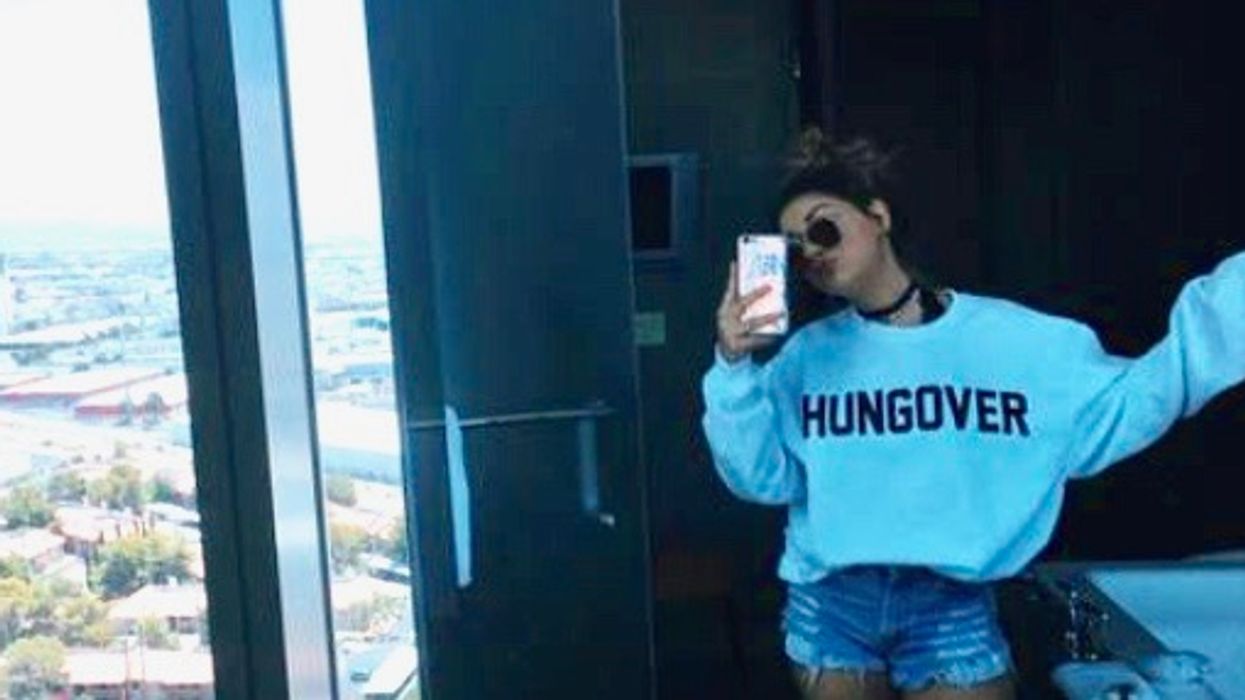 Someone once said that getting drunk tonight only steals fun from tomorrow. And as true as that is, there has to be a better way to get fked up and still function like a normal human being the next day.

READ MORE: 37 Thoughts Every Hungover Girl Has Had After A Night Out In Toronto

I suffer rather tragic hangovers. Don't ask me why - maybe it's due to having a smaller frame or a lower blood pressure. But I'm not a scientist, I'm a journalist. So of course, I had to investigate and see which hangover tips are not full of total shit.

The first hangover of the week and I already wondered why I signed myself up for this. After a night of white wine and salsa dancing, I was sufficiently exhausted and ready to go to sleep for another year or two. However, I dragged my ass to a hot yoga flow class.

Apparently, exercise is an adequate way to get over your hangover with the good old sweat-it-out theory. Endorphins from exercise are also rumoured to take away those night-before blues. I trudged to the class with bags under my eyes bigger and bluer than the ones at IKEA. I downed my weights worth in water aka as much as I could stomach before puking and tried my damn best.

The yoga was actually not as painful as I thought and left me feeling pretty decent. After a cold shower and a face mask, I basically felt like my old, sober self. In terms of a cure, I'd give it 3.5/5.

That's right, more alcohol! Because what could go wrong?? Spoiler alert: a lot. My dude and I decided to get extravagant William's Landing Caesars one Sunday to try and curb our rough morning-after edges. "Woah this is so strong," he groaned, pushing the 24oz glass away from him. "Really, I don't taste it," I chimed, slurping down two ounces of vodka and tomato juice.

Now, sufficiently drunk, I felt no remnants of my hangover. Because I was now drunk again, y'all! Nothing can hurt you when you're wasted!! Not even that curb in your 5-inch heels!!

To prepare myself for hangover number 3, (really making you proud, mom!) I decided to chase/mix my vodka of the evening with high-electrolyte liquids. Though Gatorade is a popular choice, I decided to channel my friends from the Allure Group with some Vodka-coconut waters. Pre-ing with the coconut water really made my stomach feel a little bit better and mentally psyched me into thinking I was being healthy when I was actually poisoning my system! :)

The morning after I surprisingly didn't feel terrible! Thank-you coconut water! Doing the lord's work! Also, I would chug a decent amount of coconut water aside from the vodka during the night. A great decision. Good girl, Paige. This hangover cure gets a 4/5 from me.

I was first introduced to the Over EZ last summer and it TRULY saved my life. These pills are a little pricey at $5 a pop, but they are definitely worth it. The trick is to take one the night you're drinking before the damage. Full of tons of vitamins, Vitamin B to be specific, this little guy preps your body with everything it needs to survive a night of drinking. I popped my little friend and funnelled tequila down with no regrets. This cure gets a hard 4/5 from me.

If anyone tells you you need a coffee after a night of drinking, swat them away!! Coffee dehydrates you like crazy and can make you feel wirey and upset. The temporary caffeine and sugar boost will make you feel a little high before a biiiig fat crash. Wish I would've listened to my own advice before downing a venti Caramel Macchiato. I was euphoric for approximately 15 minutes and then desperately needed a nap. 2/5 y'all.

As someone who is a huge advocate for greasy food on the regular, of course I was more than happy to indulge in this delicious hangover cure. I hit up my favourite brunch spot in hangover glasses and sweats and almost cried into my eggs Benedict. Thank-you eggs Benedict, for being there in my time of doubt.

However, greasy food did not keep me alive for long. The grease can only sit in your stomach for so long until it kills you. And in this case, it was about 30 minutes after my hash browns were finished. 3/5 - and only because I love hollandaise so damn much.

The ultimate hangover cure!!! I truly believe that if you combine sleep with any of the other mentioned hangover cures, you will survive all the better.

In my experience, I downed a thick breakfast of eggs, bacon and toast with a TON of water before falling back asleep for a total of 4 hours. That's right, four. Sleep is the ultimate rejuvenation for your body, so really, truly, believe in it and yourself. Sure, I slept till 7pm, but that's the life I choose to live!! 5/5 from me, now and forever.