Bet you didn't know you were drinking the Mississippi. 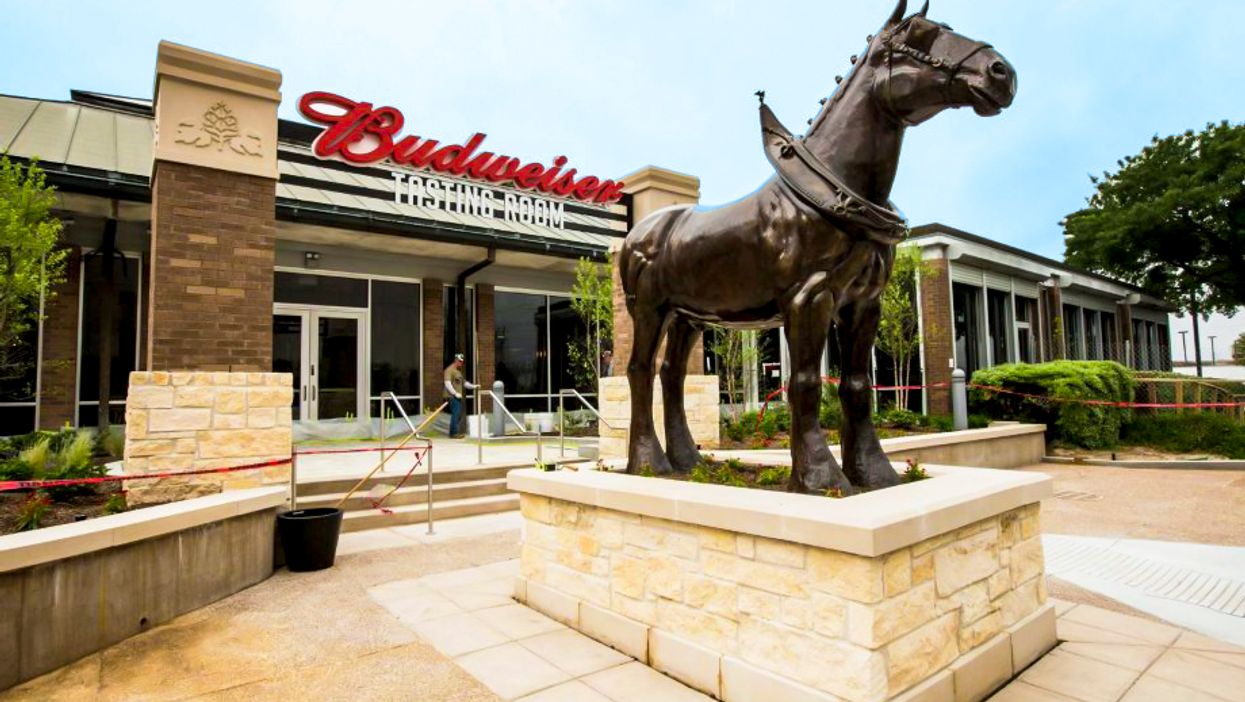 It's not every day you get contacted by Budweiser. It's also not a normal Thursday afternoon when you're being offered a trip to check out the Anheuser-Busch brewery in St. Louis, Missouri, all expenses paid.

As an avid beer drinker,  getting the chance to get an all-access pass to the behind-the-scenes of the home of Budweiser, was the equivalent of Charlie finding his golden ticket to Willy Wonka's Chocolate Factory. Except, my name is Patrick and beer trumps chocolate any day.

For a guy that's never been this far south-west, it was an eye opener. We're so used to a huge body of water near us at all times back in Toronto. In St. Louis, you've got the Mississippi, surprisingly small, which Budweiser uses for beer, and a ton of land expanding in all directions.

I bet you didn't realize you were drinking the Mississippi.

Lunch At The Brewhouse

Dealing with airports is annoying af. If' you're a nervous flyer like me, it's twice as bad.

The prize for not having a mid-flight panic attack was our first lunch, and The Brewhouse, located in Busch Gardens (the home of the Cardinals), served up some seriously mean dishes. I'm almost positive I ate my own weight in ribs that day, and then some. And that BBQ sauce...Wow. A must-try if ever you find yourself in St-Louis.

The meal was made perfect with a pairing of perfectly chilled Bud (naturally), which definitely helped take the edge off my mornings' anxiety.

So who is Busch anyway? That's one of the partners who worked alongside one Eberhard Anheuser (a soap manufacturer of all things), to create the Budweiser that may or may not be sitting on your counter right now. What you don't realize is how much impact Budweiser actually has in St. Louis. A lot of the industry that goes on in and around the city is directly related to brewery. The stadium itself is named after one of its founders, and just look at that stadium, it's pretty damn amazing. Sorry Skydome.

After my utter rib-coma, a few more Buds, and checking out the ballpark, it was time to visit the Anheuser-Busch brewery. When you first arrive, you are greeted by the unmistakable smell of horses, oddly enough. Now you may remember the horses from various Budweiser TV commercials, such as this one during the Superbowl, and may have even shed a tear watching them (don't worry, we won't tell anyone), but the magnificent animals are actually real, and a big part of the company. A Budweiser tradition since 1933.

I was lucky enough to get to meet some of the friendly giants. Just for a reference on how big they are, take a look for yourself:

I'm the one on the left btw. Fire and I are bff now. Deal with it.

Partying With A View

After the day's adventures, it was time to kick back and enjoy a few more Buds on by far one of the sickest rooftop patio I've ever seen. The beauty of it all is the amazing view of Busch Stadium and the rest of the sprawling Midwest. Not a bad life, slamming down beers atop the tallest hotel in the city.

Next up: The Brewery Tour! This is the crown jewel of St. Louis. If you've ever been to Toronto's Distillery District, it's like that, but way super-sized. The place is just damn BIG! And the best part? Getting shown around by an awesome brew master who seriously knew her stuff and wasn't afraid to show it. She was kinda like a Jedi Master. A Jedi Master of good times.

Now I won't bore you with the details of Budweiser's 7 step brewing process with terms like Milling, Brew Kettle, and Finished Filtration, but basically it all boils down to this: it tastes good.

Over the course of the last 139 years, Budweiser has managed to continue brewing not only one of the most popular beers in the world, but also throw some of the most memorable events. My time in St. Louis was all too short and sweet, but it was time for me to come home. With one more for the road, and a truly awesome weekend in the books, it's easy to see why they really are the 'King of Beers'.