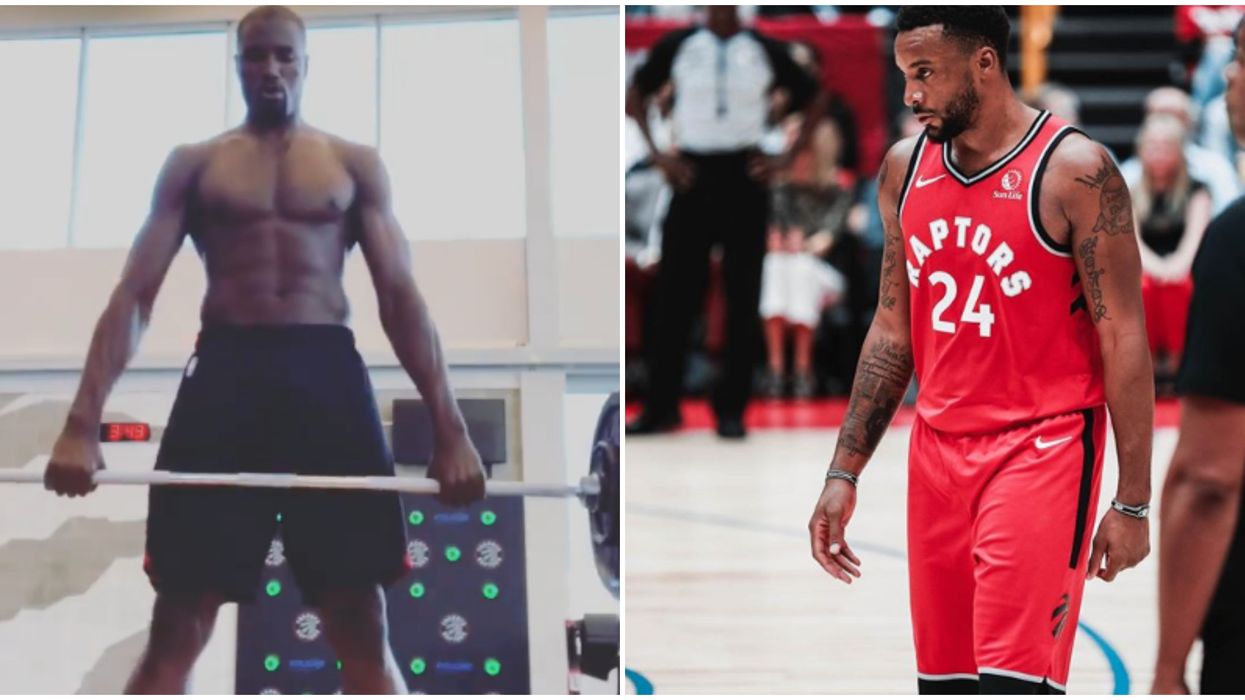 We’ve all got that one friend who likes to show off at the gym. You know the one who is always asking you to take pictures of their gains or take a quick video of them for “the gram.” Don’t get me wrong; it's important to support healthy habits, and anytime spent working out is positive. However, sometimes you wish people could be a little less flashy and a bit more low-key about it. At least that was the rift between Norman Powell and Serge Ibaka on Sunday night over Ibaka's Instagram post.

Ibaka posted a shirtless video of himself doing deadlifts over the weekend. Needless to say, the post was popular with some of Serge’s fans, but to his fellow Raptor Norman Powell, it was a bit cringy. “Put a shirt on,” Powell posted in the comment section of the video, with a few face-palmed emojis to get his point across, which, of course, immediately made the Toronto small forward a target of Ibaka's more "enthusiastic" fans.

“Mind your business, Norm. Let the man do his thing,” wrote one user, who was having none of Powell’s objection. “Shut up maybe do something for the Raptors,” wrote another disgruntled fan, who is obviously very passionate about Ibaka’s half-nakedness.

Neither Ibaka nor Powell has responded to their respective backlash yet probably because they both have a lot more productive stuff to do with their time than duke it out in the comment section, no matter how satisfying it would be.

To be fair, usually, when Ibaka makes headlines, it's for his good deeds or winning personality, not for his vanity. The NBA champion showed off his culinary skills back in July during an appearance at Square One’s Night Market in Mississauga, Ontario.

Ibaka also made a special appearance at the Regent Park Community Food Centre to help serve healthy meals to some very excited kids. The player’s foundation has donated thousands of meals to kids in need through the centre’s drop-in meal program.