The suspect was arrested after fleeing the scene on foot. 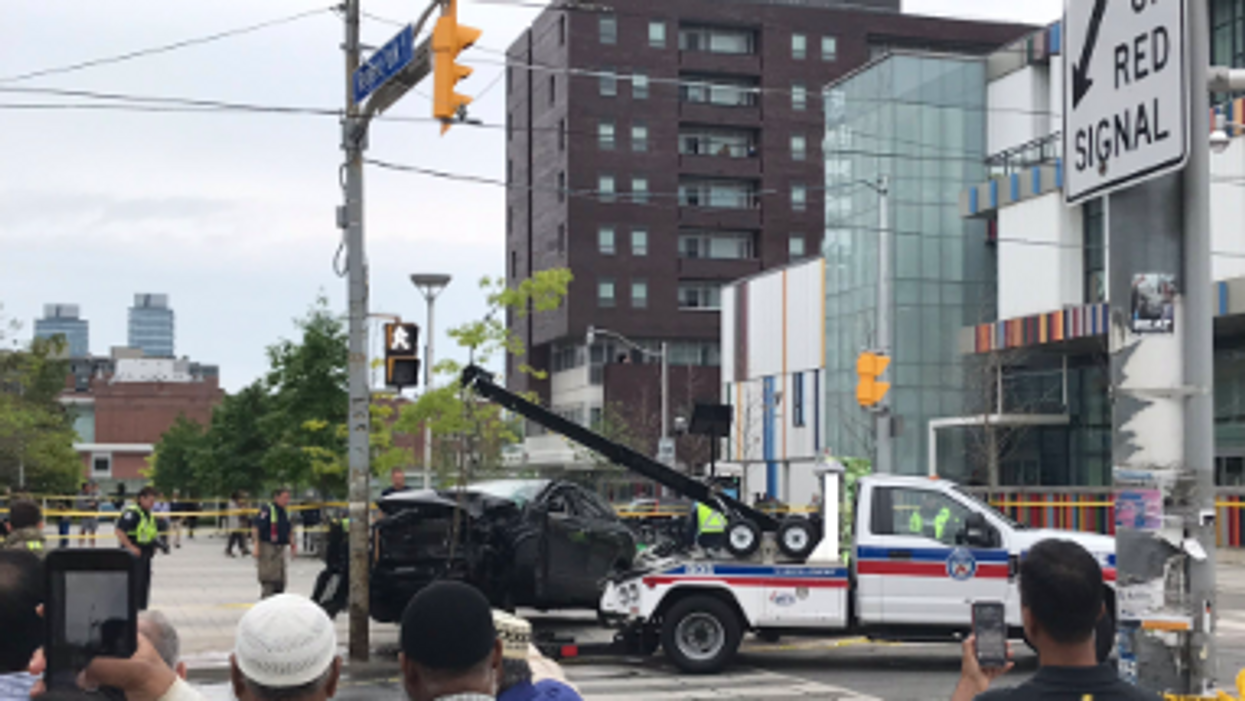 On Friday, Toronto Police confirmed that a 39-year-old woman was killed during an impaired hit and run that took place in the Regent Park area on Thursday afternoon. The impaired suspect was caught by police after attempting to flee the scene on foot. Toronto Police state that the man is facing several charges.

On Thursday at around 1:115 PM, Toronto Police responded to call at Dundas Street East and Regent Park Boulevard. It was reported by police that 40-year-old Joshua Smoke was driving eastbound on Dundas Street when he lost control of his vehicle.

Police state that the driver lost control of his Mazda Cx9 and struck a fire hydrant before striking a 39-year-old pedestrian who was standing at the corner of the intersection.

According to Toronto Police, the 39-year-old woman sustained fatal injuries and died on the scene. While Toronto Police have not made any official comments on who this pedestrian was, CTV News reports that the victim was a Toronto mother of three.

After hitting the pedestrian, Smoke got out of his vehicle and fled by foot. Police confirm that he only made it a short distance before they arrested him.

While Toronto Police will not confirm the identity of the victim that was struck by the vehicle, a GoFundMe page has been set up to raise money for the victim's family.

According to the page, which was set up by Madeha Khan, the victim was a mother of three children who were all under the age of ten and a wife to her husband who has now become a single parent.

While Toronto Police only state that the suspect was impaired and don't indicate if this was by other drugs or alcohol, the GoFundMe page states that the mother was a victim to a drunk driving accident. Khan states on the page that all proceeds that are raised will go to the children of the victim.

Toronto Police are currently asking any local residents or drivers who have security or dash cam footage to turn it over to police. If anyone has any additional information, you are asked to call police at 416-808-1900.