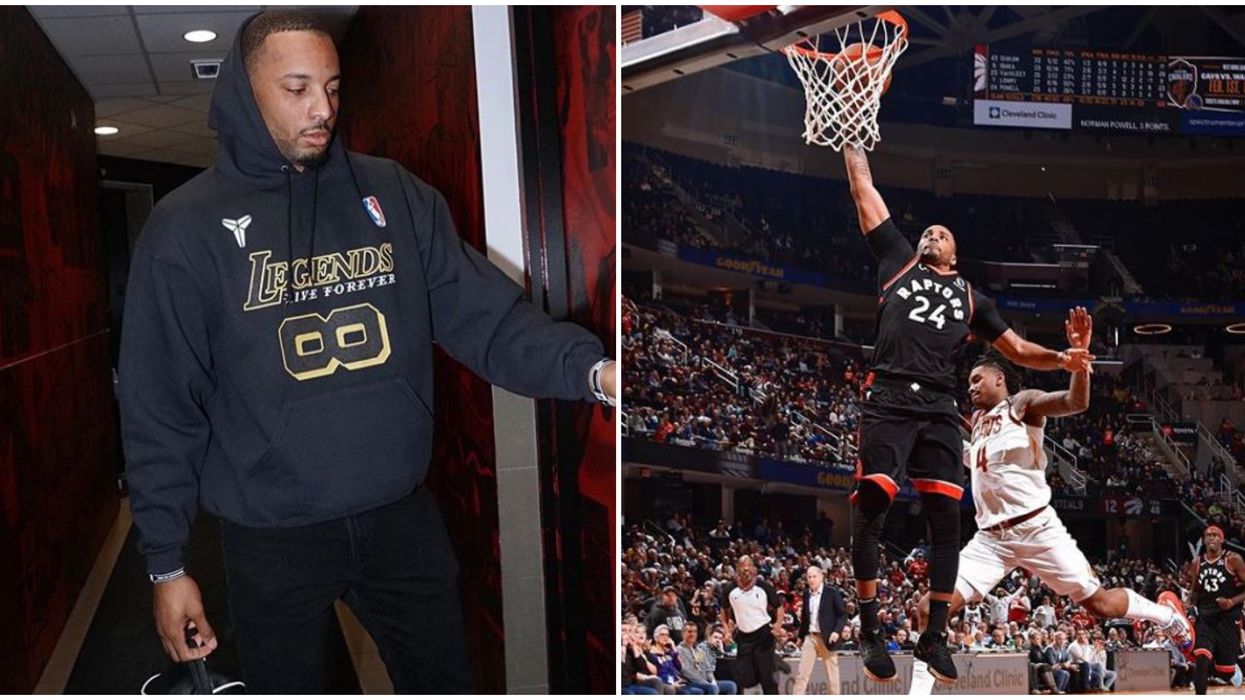 This is just so sweet. When it comes to showing love for fans, a little (or not-so-little) fitness issue won't stop the Toronto Raptors' injured Norman Powell from signing a few autographs. Barely days after seriously fracturing his hand, Powell was making the days of eager supporters.

After missing 11 games due to a shoulder injury earlier in the season, Powell is now out indefinitely, according to Sportsnet, due to a fractured metacarpal on his left hand.

The San Diego, Calif. native picked up the nasty ailment in the fourth quarter of the Raptors' 105-92 win over former coach Dwane Casey's Detroit Pistons on Friday, January 31.

The news was seen as a big blow for the franchise, particularly as Stormin' Norman has been stormin' even more than usual in past weeks.

The 26-year-old has been hugely praised by fans in recent times for his performances after his shoulder injury comeback.

And it seems that love between fans and the player is mutual.

On Monday, February 3, Yahoo Sports Canada shared a vid of him trying to sign a red beanie with his fractured hand, which seemed to be a struggle for him.

How's that for dedication off the court as well as on it?

The sweet moment is just another example of the Raptors' incredibly strong bond with Toronto and beyond.

Whether it's Fred VanVleet posing for pics with local kids at Toys R Us, Pascal Siakam selling merch before his All-Star announcement, or Kyle Lowry sending a gift to a 92-year-old superfan, the Raps love doing their bit for the community.

And Powell made another great gesture last week, albeit for a rather different cause.

Norm said he'd switch numbers in a heartbeat if the NBA decides to retire the No. 24 jersey of the late Kobe Bryant league-wide.

And he's led the bench boys in scoring in 12 games, per The Canadian Press via TSN.

That record as a substitute should be no surprise, given that Nick Nurse told Powell back in December that that would likely remain his primary role this season.

According to Sportsnet, the Raptors have said he will be reassessed throughout the recovery process.

Until then, expect more of the same crew love from Norm.