Not your everyday customer! 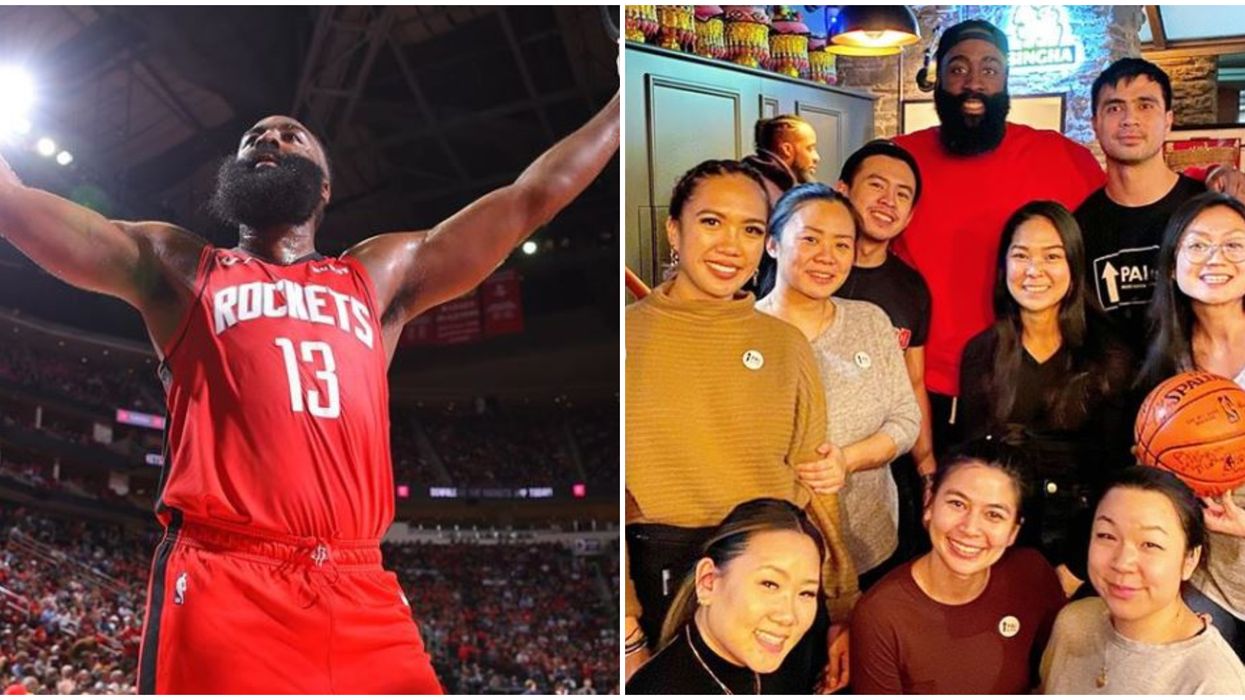 When it comes to who is the best of the best the NBA, the debate is eternal. Many in Toronto may argue in favour of Pascal Siakam given his performances so far this season. But another leading contender showed up in the 6ix. A James Harden Toronto visit saw the Houston Rockets superstar surprising a local Thai restaurant.

Harden and his Rockets are in town to face the Raptors at Scotiabank Arena at 7:30 p.m. on Thursday.

"The one and only James Harden, one of the greatest players in basketball history, at Pai!!!! So cool!!!"

The restaurant staff were clearly thrilled to have such a high-profile visitor and his famous beard show up for some grub.

Harden wasn't the only Rocket who decided to chow down, though.

Michael Frazier, Gary Clark, and former Raptor PJ Tucker also stopped to pose with staff from Pai Toronto. Even coach Mike D'Antoni got in on the photo action.

While it's awesome to see visiting players out enjoying the greatness that is Toronto, the city will be cheering against him on Thursday night.

In fact, one Instagram user comically asked if Pai Toronto had served Harden some extra spicy food in hopes of keeping him from raining down threes on the Raptors.

The restaurant jokingly responded that it had been as a tempting thought.

Harden, who is scoring nearly 40 points per game this season, has yet to post any reviews of the food at Pai Toronto. Under his own name, at least.

But, based on how happy he looks in the photos, it seems he had a good time.

Seeing NBA stars out on the town in Toronto is nothing new. Although, of course, it's normally the Raptors stars you see.

Back in September, for example, the ever-stylish Serge Ibaka held a birthday party that saw numerous Raptors stars turn up to try their hand at some Drake karaoke.

In fact, there's a whole assortment of places around the 6ix where Raptors players have been spotted.

Harden is a rare opposing-team star to be snapped out and about in Ontario's capital. The Raptors might just be hoping he overindulged himself, and feels worse for it.

You Can Customize Your Own Kicks At This Toronto Sneaker Studio