Fans were celebrating all night! 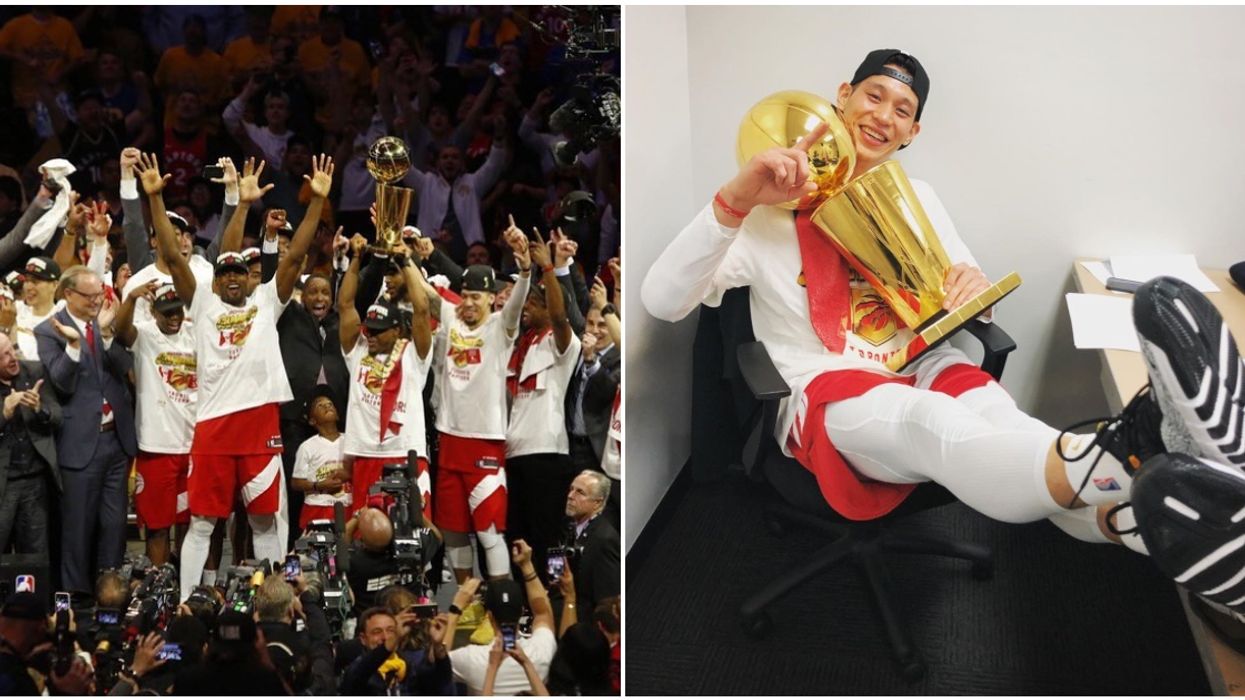 The Toronto Raptors made history last night after winning the NBA finals for the first time. However, this wasn’t the only historical thing that happened during Game 6. Raptors player Jeremy Lin's now the first-ever Asian America to win NBA championship. History in the making!

The entirety of the NBA finals was insane. In true NBA fashion, it came down to the last literal seconds of the game, when the Raptors ended up winning by one four points.

Along with the exciting championship victory, people are also celebrating another historic win – the fact that Jeremy Lin is the first ever Asian American to be a part of an NBA title. This is huge considering there has been an NBA champion every year since 1947.

According to NBC Sports, 30-year-old Lin has an extensive history with basketball after breaking into the league with the Warriors back in 2010. Who would have thought that he would eventually beat his original team during the finals?

In 2011, Lin was the talk of the NBA with many people using the word “Linsanity.” He then went on to play for four different teams over six seasons before joining the Atlanta Hawks at the start of the 2018-2019 season.

Lin eventually signed with the Raptors in February and appeared in 23 regular season games and eight playoff games for the Toronto team.

Lin, while a valuable player, did not spend much time on the court. According to Business Insider, Lin played a total of 27 minutes this postseason for the Raptors. During his 27 minutes of fame in the playoffs, he managed to score nine points for his team.

He didn't play a significant amount, but this historic achievement is still worth celebrating, and the Internet has been super excited about it all. Many people are celebrating him, but as always, there's still some critics.

Other people are just happy to see him win this historic title as he has clearly worked hard to be in the league.

And a HUGE congrats to Jeremy Lin for being the first Asian American NBA Champion. Make all the jokes you want, but… https://t.co/iByK0LsrDt
— philipwang (@philipwang)1560488465.0

Some people are mentioning that he didn't play a big part during the NBA finals.

It wasn’t all champagne popping. The Raptors got insanely emotional in their locker room after the win. How could you not? Some of the teammates were even FaceTiming with Drake!

Of course, this win was for all of Canada. Raptors fans were literally rioting in the streets of Toronto all night. While it was fun at first, things got a little out of control.

By the looks of videos and images posted online, thousands of people were crammed on the streets. City buses can be seen vandalized with spray paint as they get towed away from the riot.

A TTC special events bus is towed away after being vandalized as thousands of fans descended on Yonge Dundas Square… https://t.co/wxkf5BVABL
— Kevin Misener (@Kevin Misener)1560508276.0

While this was a historic night to say the least, we have a feeling the celebrations are far from over.