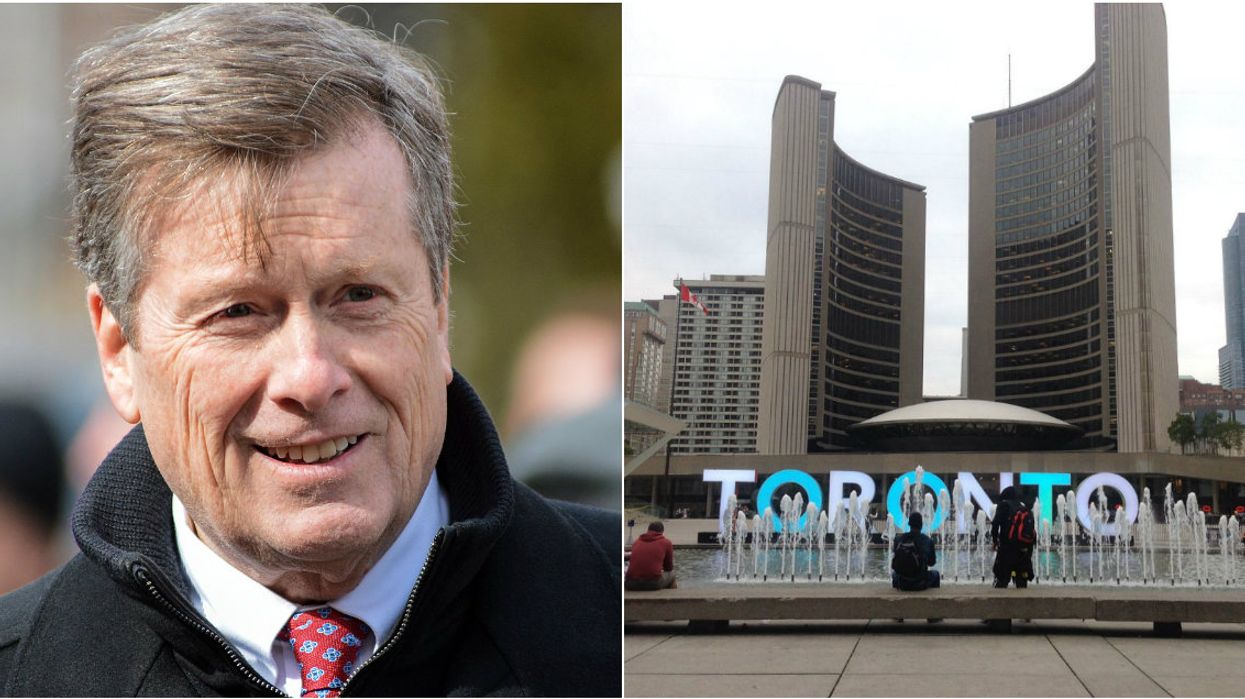 City council is definitely changing in Toronto after Monday's election, no matter who won the mayoral seat. The election period was plagued with debate after Doug Ford cut the 47-seat council down to 25 seats in the middle of campaigning.

Now it has been confirmed that John Tory will continue as Toronto's mayor after the polls closed at 8:00 PM, according to Macleans. While the race was tight up until the finish line, Tory will continue to hold down the council at City Hall for the next four years.

BREAKING: John Tory is expected to win a second term as #Toronto's mayor with more than 80 per cent of the polls reporting. #yyz #TOpoli #TOvotes18 pic.twitter.com/d0jST9p2Aa

With 80% of the polls counted, John Tory received over 60% of the city's support with re-election. Tory first became Toronto's mayor four years ago in 2014, after running a campaign against the current Premiere Doug Ford.

Narcity participated in the election coverage leading up to voting day on October 22nd. While John Tory was predicted for victory on Monday night, Torontonians were also swaying to other mayoral candidates like Tory's previous city planner, Jennifer Keesmaat, and Faith Goldy, who has been referred to as "the female Donald Trump of Canada."

So who will be joining John Tory back at City Hall following the elections? While some councillors will be returning to their seats, like Gord Perks and Mike Layton, other victories have displaced previous councillors, like the infamous Giorgio Mammoliti in Ward 7.

Here is the full list of winners in each of the 25 wards in Toronto:

I'd like to congratulate Mayor Tory on his victory. I'm sure he will return to office determined to make his time there count, and I wish him well.

READ ALSO: Weed Dispensaries Are Quietly Getting Shut Down Across Toronto As Police Launch Massive Raids

Tory was quick to call out Doug Ford after slashing the size of Toronto's city council earlier in the campaign. After the city pursued legal action against the province of Ontario it was decided that the Ford government did have the right to decrease the number of councillors in Toronto.