Jonas Valanciunas has captured the hearts of Toronto. 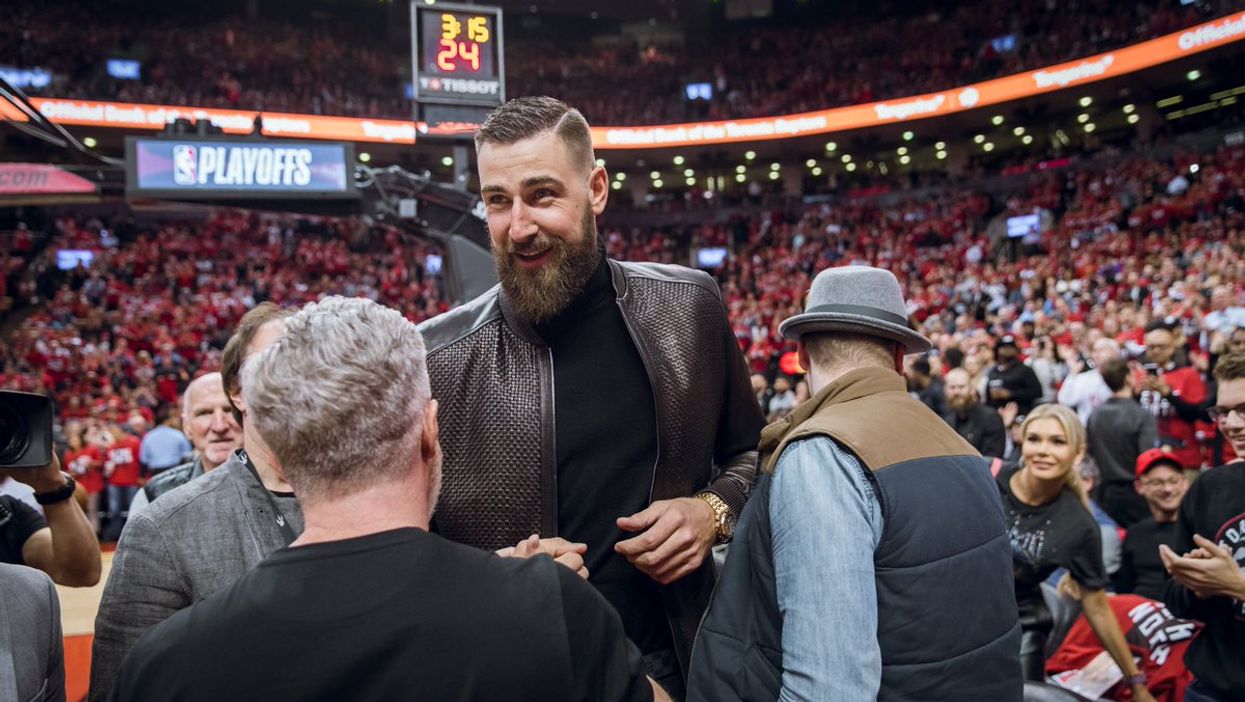 Despite no longer being on the Toronto team, Valanciunas still came out last night to cheer on the Raptors as they took on the Orlando Magic* in the first game of their playoff run, sitting right on the sidelines near the Raptors bench.

The former Toronto star told Sportsnet last night that it meant a lot for him to be at the game last night. Valanciunas said "I want to support my guys. The guys have been my family for multiple years, we went through a lot of stuff together so it’s important for me to be here and support them and watch some basketball, too."

Toronto fans gave the love right back to Valanciunas, taking to Twitter to prove that they are still so obsessed with the former Raptor and loved seeing him at the game last night.

Some fans even wanted him to get back on the court for the Raptors, especially since Kyle Lowry wasn't getting any points and the Raptors ended up losing the game.

Jonas Valanciunas played with the Toronto Raptors since he was drafted in 2011. He was traded for Marc Gasol at this year's NBA trade deadline back in February. Valanciunas is now playing with the Memphis Grizzlies, who, unfortunately, did not make the playoffs this year.

*Editor's Note: This story has been updated.