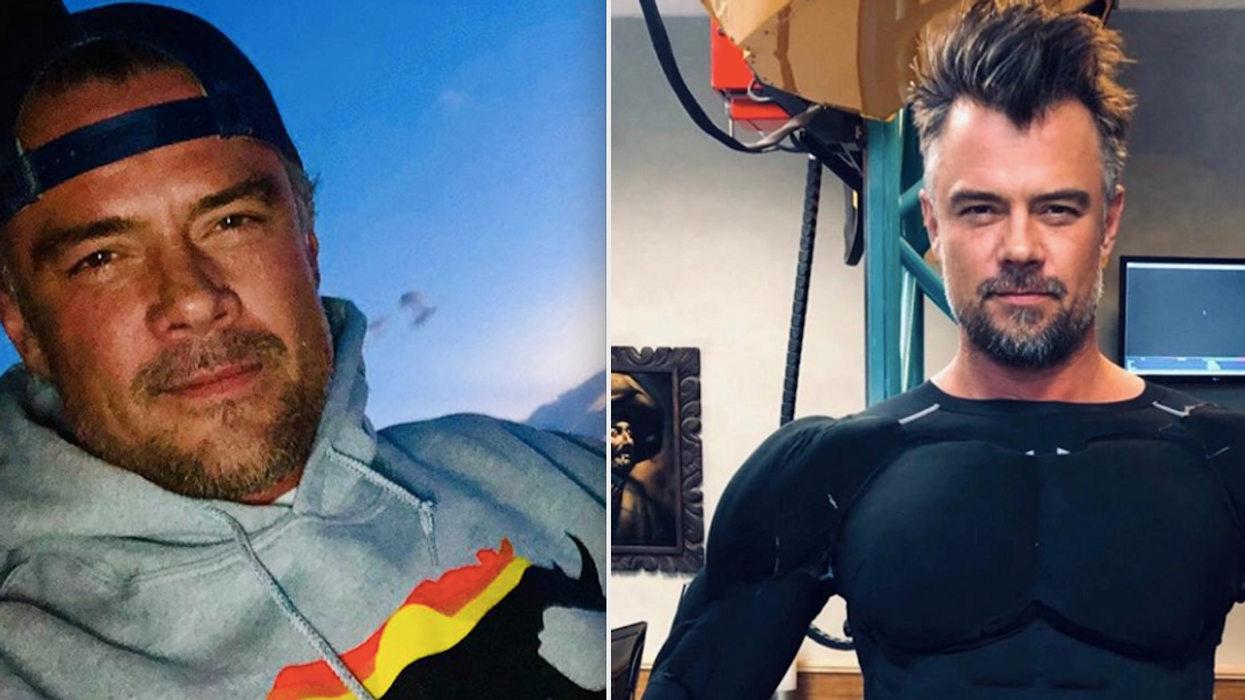 A few months ago, Toronto welcomed Josh Duhamel as an honorary Canadian while filming a new TV series in the city. He has been here for a few months during the production of Jupiter's Legacy, a new superhero series based on comic books that will premiere in 2020. Filming for the show just wrapped up last week and Josh Duhamel in Toronto was so relatable when he shared a video doing our favourite childhood fall activity.

Duhamel posted the video on his Instagram yesterday which showed him camouflaged in a giant pile of leaves and jumping out them using a slow-motion video effect. In the caption, he wrote, "Who’s ready for Halloween?" and tagged Toronto, Ontario as the location. Also having fun in the background was Duhamel's son, Axl Jack, who he shares with ex-wife Fergie. They definitely don't get autumn leaves like ours at their Brentwood, California home.

According to the City of Toronto's website, Jupiter's Legacy started filming in Toronto on June 28 and wrapped up on October 25. That means that if production went exactly as planned then Duhamel is in the city right now just enjoying the scenery and fall weather.

Since his arrival, Duhamel shouted out The Six a few times on his Instagram, sharing how much he loves it here. On the first day of production, he posted a photo of him in front of the Toronto skyline with the caption, "Love this city."

And a few weeks later, Duhamel took a little vacation in Muskoka, Ontario to visit his friend Scott. He shared a photo of him with a bloody nose and the caption, "Full contact croquet. Thanks for the hospitality @scottwcdonald It was a bloody good time."

Clearly Duhamel has enjoyed his time in Toronto while filming Jupiter's Legacy. Not much info about the show has been publicly shared, but we do know that it will be coming to Netflix Canada.

According to The Hollywood Reporter, some of Duhamel's costars are Englishman Ben Daniels and American actress, Leslie Bibb. They also wrote that the series, "centers on the world's first generation of superheroes, who gained their powers in the 1930s." And Duhamel will play the leader of the group, named "Sheldon Sampson, also known as The Utopian".

Look out for the show on Netflix next year and see if you spot any Toronto landmarks in the background!