See Toronto the way the superheroes do! 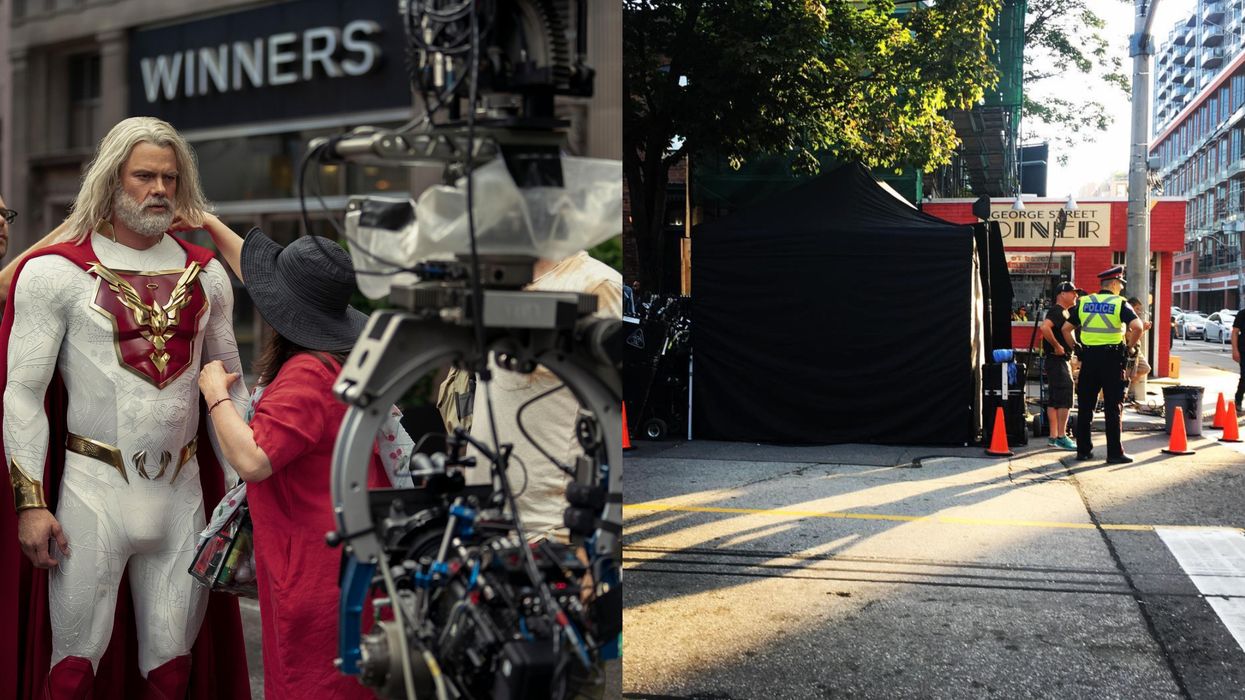 Actress Aiza Ntibarikure, who plays Sierra (or Ectoplex) on Jupiter's Legacy, told Narcity the club scene in episode 4 — which almost ends in a fight between Sierra and Chloe — was actually filmed at Rebel, the massive nightclub on Polson Pier. With plenty of neon colours and strobe lights, the interior looks very similar to what you'd expect to find at a Toronto nightclub (minus the superheroes, though).

This one's an easy spot for anybody who knows Toronto well! When The Utopian, Lady Liberty and Brainwave confront an angry crowd of protesters at the start of Episode Two, they're standing on the steps of Old City Hall in downtown Toronto made out to play the part of the Union Of Justice headquarters.

According to a filming notice posted by the town of Millbrook, Ontario (just outside of Peterborough), the town's main road of King Street was shut down for several days in August 2019 to act as a village in Kansas in Jupiter's Legacy. You can find the town featured in Episode Four, according to TheCinemaholic.com.

This 10,000-sq. ft house is used as Chloe's apartment throughout the show, but in reality, it's an ultra-modern mansion in Hoggs Hollow, Toronto. The house isn't on the market anymore, but it was retailing for $10 million — the kind of price that's fit for a superhero.

Another downtown filming location! According to Toronto Filming on Twitter, Adelaide Street was taken over in July 2019 to film scenes with Josh Duhamel (The Utopian) and Andrew Horton (Paragon) as well. You can spot the same bullet-riddled police car and toppled truck on Adelaide Street in Episode One.

George Street Diner, an old-school joint in downtown Toronto, serves as the meeting place for Josh Duhamel (The Utopian) and Ian Quinlan (Hutch) in Episode Five according to AtlasOfWonders.com. Sharp-eyed viewers might even be able to spot the cursive logo hidden behind the drawn blinds in the show.

According to AtlasOfWonders, the exterior of the Sampson Steel building in Jupiter's Legacy is the Canada Permanent Trust Building on Bay Street in Toronto. It's an appropriate spot to film the stock market crashing, then, considering that there are plenty of stressed bankers walking around there in real life as well.