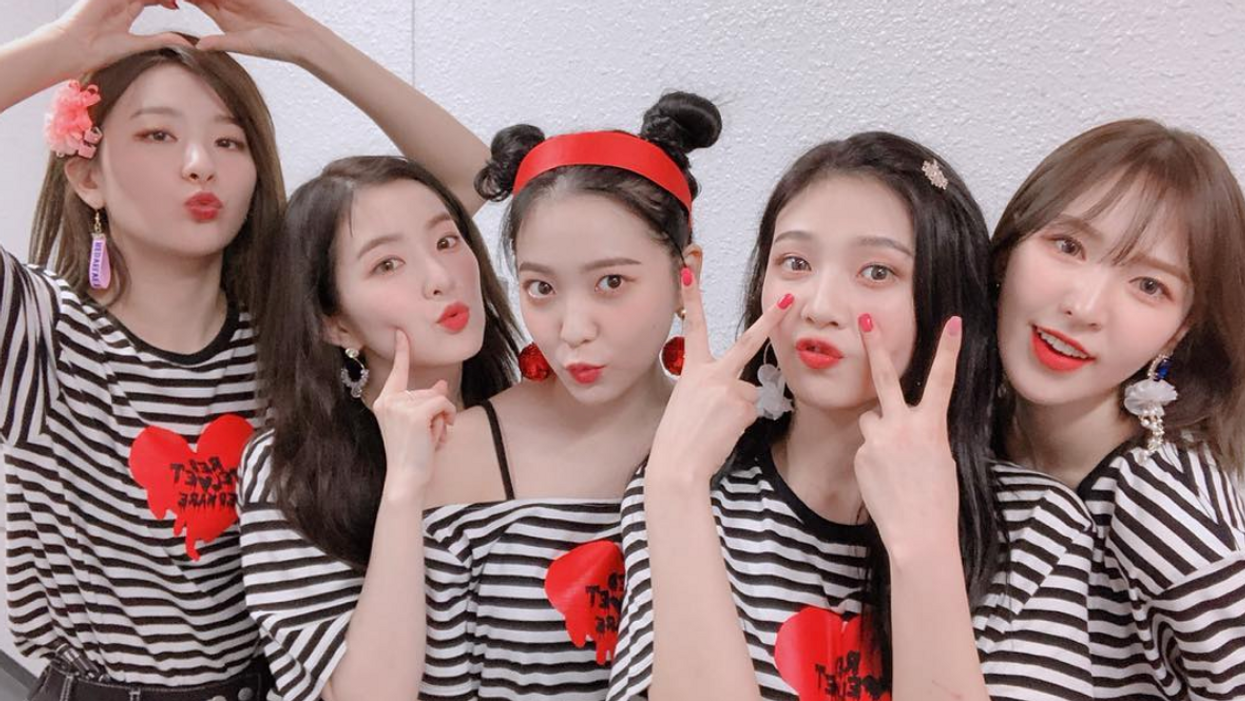 South Korean K-Pop Girl Group Red Velvet officially touched down on Canadian soil last night, and people in Toronto are losing their minds.  The doe-eyed quintet arrived at Toronto's Pearson Airport last night and was met with a horde of screaming fans who were desperately trying to catch a glimpse of the band's arrival.

The five-member girl band, a product of SM Entertainment, is performing at the Coca-Cola Coliseum tonight, as part of their Redmare Tour.  Red Velvet commenced their world tour last week, starting with performances in Los Angeles, Dallas, and Miami.  Their next stop, Toronto, is one of the tour's two Canadian concert locations, along with Vancouver.

The group name Red Velvet depicts the group's signature concept of duality. The "red" in Red Velvet illustrates the bright and bold energy of pop, while the "velvet" represents the seductive tones of R&B. If you're one of Red Velvet's countless eager fans who has not yet scored tickets for their Toronto concert tonight, you're in luck!  Tickets for tonight's concert at 8:00 p.m. are still available at prices as low as $121.45 each.

with both red velvet and wendy’s parents (and hopefully sister) in toronto, wendy’s entire family is home #WelcomeHomeWendy pic.twitter.com/NzAbmMMvvV

Was just blessed by the presence of the goddess. Greet concert, have fun in Toronto and come back soon #REDMAREinNJ #RedVelvet #REDMAREinUSA #레드벨벳 #IRENE #아이린 pic.twitter.com/wvHTGAvr2O