Fans may love Kawhi, but they don't know how to feel about his new shoe line. 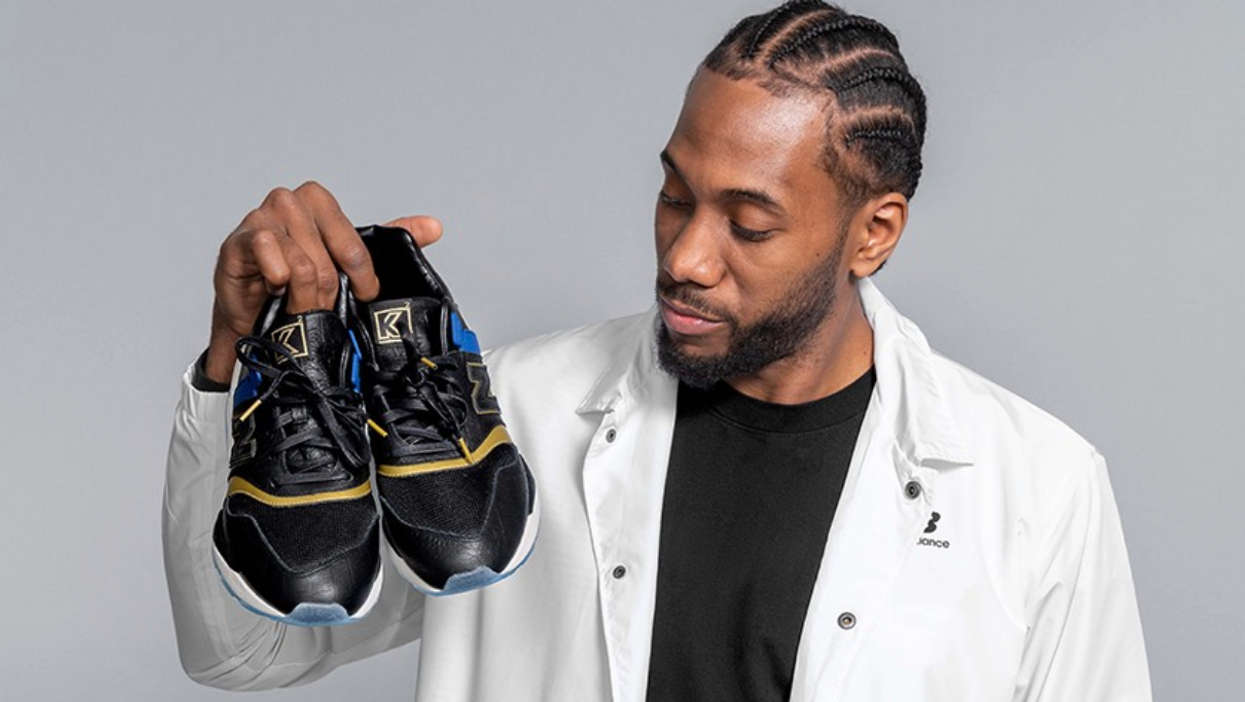 Raptors star Kawhi Leonard’s New Balance shoes are flying off the shelves. In fact, they completely sold out last night in a matter of minutes. According to Footwear News, the "Kawhi 2-Way Pack" debuted to the public at 7:00 PM on Tuesday. The very same night that the Raptors made playoff history after beating the 76ers 125-89. The two-shoe pack, which consisted of an OMN1S basketball sneaker and the more casual 997 Sport, both designed by Leonard himself, retailed for $140 USD each. Now, the shoes are being resold at over $1,700 in certain sizes.

It’s no secret at this point that Raptors fans love Kawhi, but how do they feel about his shoe? While according to many fan reactions, Leonard’s new shoe line is getting a pretty mixed response, despite its obvious success.

One of the biggest complaints that fans seem to have about shoes is their colour scheme, which doesn't exactly scream Raptors:

@darrenrovell @kawhileonard Is he trying to say something with the warriors colorway? @warriorsworld
— Dre (@Dre)1557287180.0

Others have taken issue with the shoes' price and design, saying that $140 for New Balance is asking too much. One particularly bitter individual even claims that they resemble orthopedic shoes.

Another thing people appeared to be baffled by is how Kawhi managed to sell the shoes so successfully given his low-key personality, his tendency to stay out of the spotlight and his absence from social media.

Not sure I’ve ever seen a brand embrace a lack of personality better than New Balance is embracing Kawhi Leonard right now. pic.twitter.com/IKaK5ccdtO

Leonard first signed his endorsement deal with New Balance back in November. He had previously been associated with the Jordan brand. This is the first time the shoe company has stepped back into the basketball market in several years.