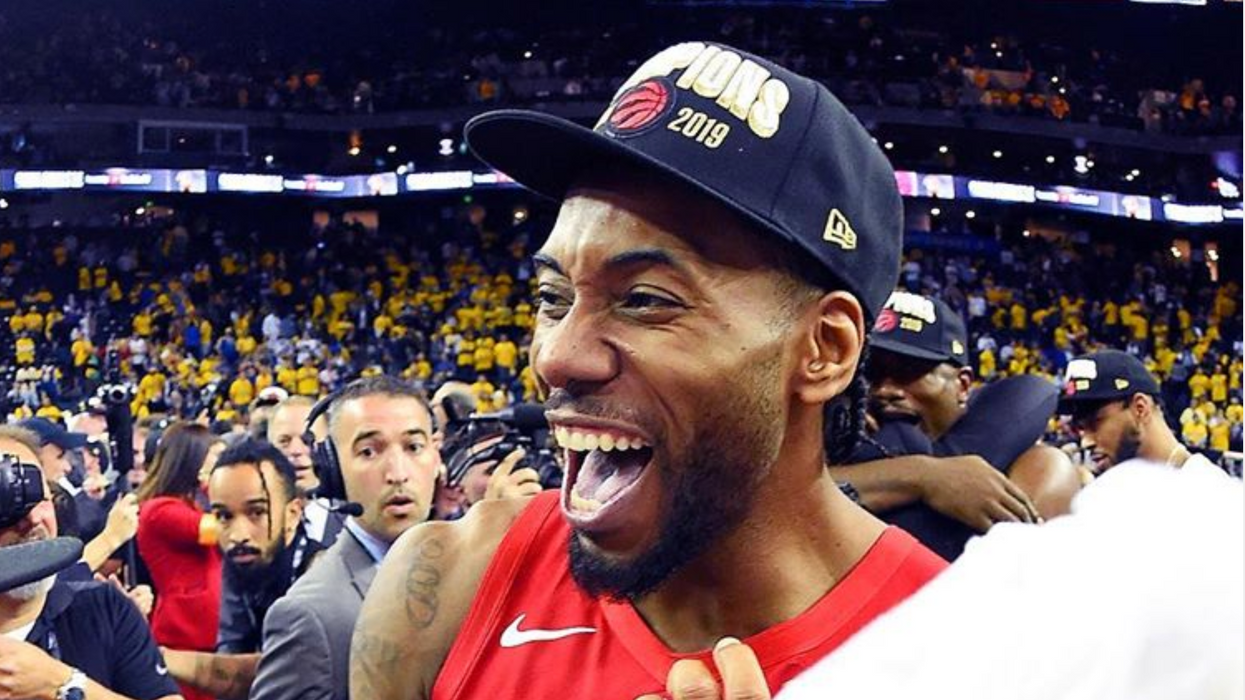 You might be happy right now, but you’ll never be Kawhi Leonard riding a floaty boat in Barbados happy. The NBA Finals MVP and his long-time girlfriend Kishele Shipley were recently spotted by TMZ Sports crushing through the tropical paradise and having the time of their lives. These Kawhi Leonard & girlfriend photos are a treat for fans. It's nice to see the MVP having a little fun and not worrying too much about all the free agency meetings he will soon have to sit through.

Is it just us or does Kawhi look a little scared? I mean, Shipley is clearly having the time of her life, but the Board Man looks a little uncomfortable. Which of course only makes us love him even more:

I mean, just look at him:

He was even spotted rocking a Jays jersey on his trip, according to this photo shared by a fan:

It's unclear where the MVP and his girlfriend are staying on their Barbados getaway. We do know that the Raptor was once offered a complimentary stay at a world-class resort on the Caribbean island on the condition that he re-sign with Toronto, Travel Pulse Canada reports. Sadly, we can't prove that Kawhi ever took them up on that offer - yet.

Kawhi has been photographed at a few different hotspots since the Raptors became NBA Champions, most notably a trip to Niagara Falls with his family. The Leonard clan’s outing to the Falls last Tuesday was quickly disrupted when hoards of fans realized the champ was among them.

Kawhi is expected to sit down with several NBA teams in July while he mulls over his options for next season. The Raptors, The Clippers, The Lakers and The Knicks are all rumoured to be the top contenders. Kawhi has stayed quiet, but reports claim that he's "seriously considering" Toronto.