Sports fans are at odds with this one 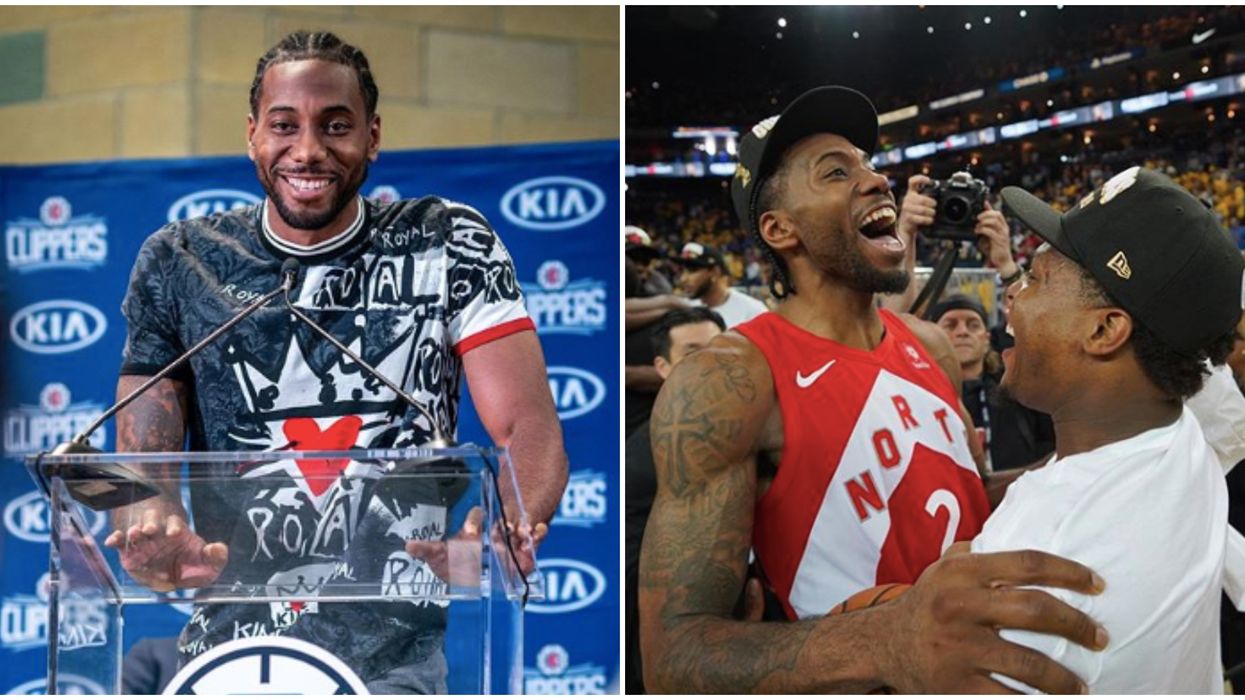 Well, you can't please everyone! Ex Toronto Raptors star Kawhi Leonard has just been named the Associated Press' Male Athlete of 2019. Leonard is the fifth NBA star to receive the title but there are so many mixed reactions to the accomplishment that some people don't think Kawhi Leonard's award is deserved.

Despite having helped the Toronto Raptors acquire their first-ever NBA Championship title, and dominate the court during the 2018-2019 season, reactions are mixed due to Kawhi's performance after he joined the Los Angeles Clippers this new season.

According to Sportsnet, Kawhi won votes from AP member sports editors and beat writers for male athlete of the year.

According to Sportsnet, Kawhi was the best player in last season’s playoffs despite his past leg injury where he was seen limping at times during the playoffs.

Kawhi still averaged 30.5 points and 9.1 rebounds in the post-season, according to Sportsnet, coming in with 732 points during last year’s playoffs which ranked as the third-most in any NBA playoff year.

Historical moments cannot be forgotten like Kawhi's buzzer-beater against Philadelphia which ended up becoming a massive mural in Downtown Toronto.

Despite his impressive run last season, basketball fans are still at odds as to whether or not Kawhi deserved the win.

"Kawhi is STILL not on LeBron’s level today, and LeBron isn’t in his athletic prime like he was in 2012-13. There’s levels to this," reads one tweet, comparing Kawhi's athletic ability to that of the Lakers player.

Disclaimer: I’m not doing this comparison in response to the current noise of people saying Kawhi > LeBron right no… https://t.co/2piPZ7DoNg
— JustAnotherNBAFan™ (@JustAnotherNBAFan™)1577483812.0

All respect to Kawhi but you can't be athlete of the year if you were under load management https://t.co/YjKtdvoz8i
— Eating4Three (@Eating4Three)1577485204.0

Just about a month ago, fans were calling Kawhi "soft" after the NBA sued the L.A. Clippers over his injury report.

But there have also been fans who feel that this is the right decision. "Congrats Kawhi!!!!" one Twitter user wrote. "I'v been saying this for the longest time now," said another.

“I’m playing to have fun and try to be the best player I can be,” said Leonard, according to Sportsnet.

“I’m happy with myself and what I have done in my career and I’m just going to keep on from there. It’s not about me being famous or want to have more fame than those guys. It’s about me playing basketball and having fun on the floor.”

Although fans are still at odds with his "load management" this season despite his reasons for it, there's no doubt Kawhi played incredibly last season with the Raptors.

With so many amazing athletes, you simply can't make everybody happy.