They are finally fighting fire with fire. 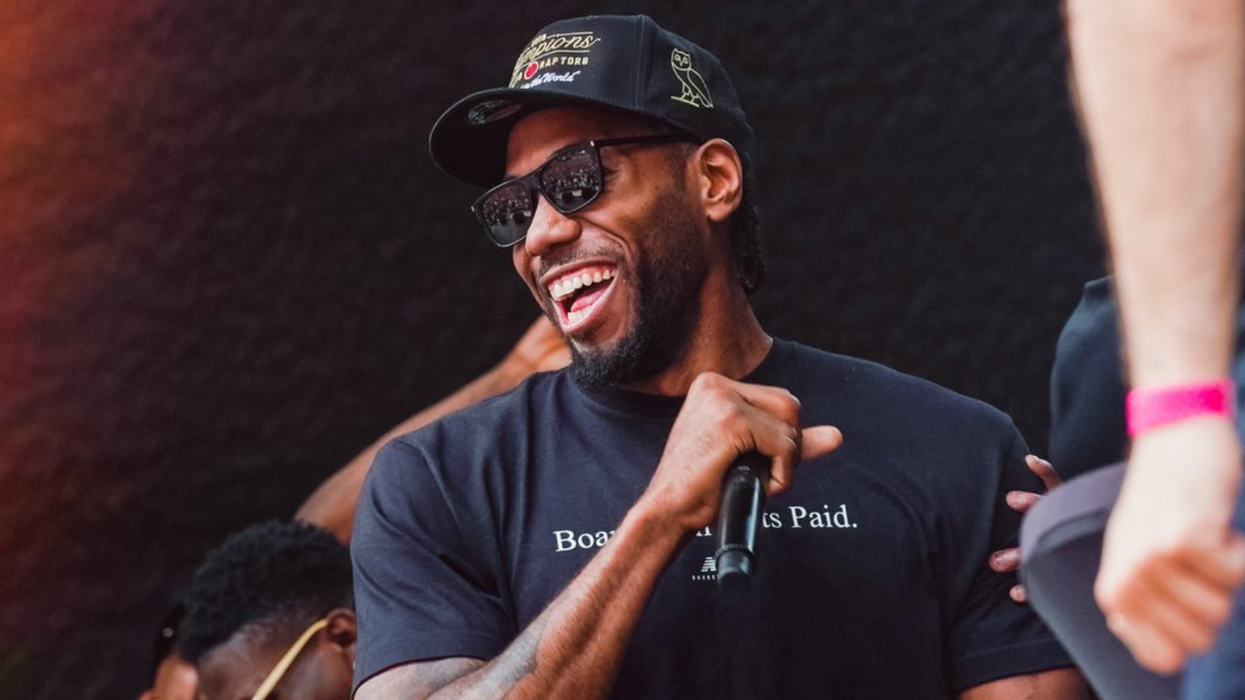 Over the last couple of weeks, Torontonians have done whatever they can to convince Kawhi Leonard to re-sign with the Raptors. The city has offered him multi-million dollar condos, free food for life, and has even painted giant murals in his honour. Now, we're finally seeing some competition from the other side - in the form of, you guessed it, a massive Kawhi Leonard billboard.

Two billboards of Kawhi appeared in California this Sunday. The signs seem to tell the player, who is a native of the area, to ditch the 6ix and come home. It’s no secret at this point that the Los Angeles Clippers have their sights set on the 27-year-old NBA Finals MVP, who will become a free agent on June 30th.

So, it makes sense that most people assumed that the Clippers were behind the two digital billboards now towering over Interstate 5 in Downey, California, just 10 miles southeast of the Staples Center. However, according to ESPN's Ohm Youngmisuk, “the Clippers knew nothing” about the signage.

One of the billboards is of a California customized license plate that reads “KAWHI,” accompanied by the hashtag #ClipperNation.

The second billboard is a blunt reworking of another Kawhi advertisement that popped up in California during the NBA Finals. The original billboard featured an image of the player with the caption the “King of The North is coming,” which has now been worked to say the “King of SoCal,” with the hashtag #KAWHI2LAC.

Many people are less than impressed with the new billboards, though:

@AndrewGreif @TheSteinLine probably good for the clippers that Kawhi is IN toronto - he’s not even going to see these atrocities
— ian brewster (@ian brewster)1561342112.0

Kawhi was an integral part of the Raptors winning their first NBA Championship this year. He has already forever solidified himself as a legend in Toronto, so the real question is, will he help us do it all again?

The all-star will be able to begin negotiations next Sunday. Only time will tell what his final decision will be.