Kawhi Leonard's game advice is what all of us need to hear. 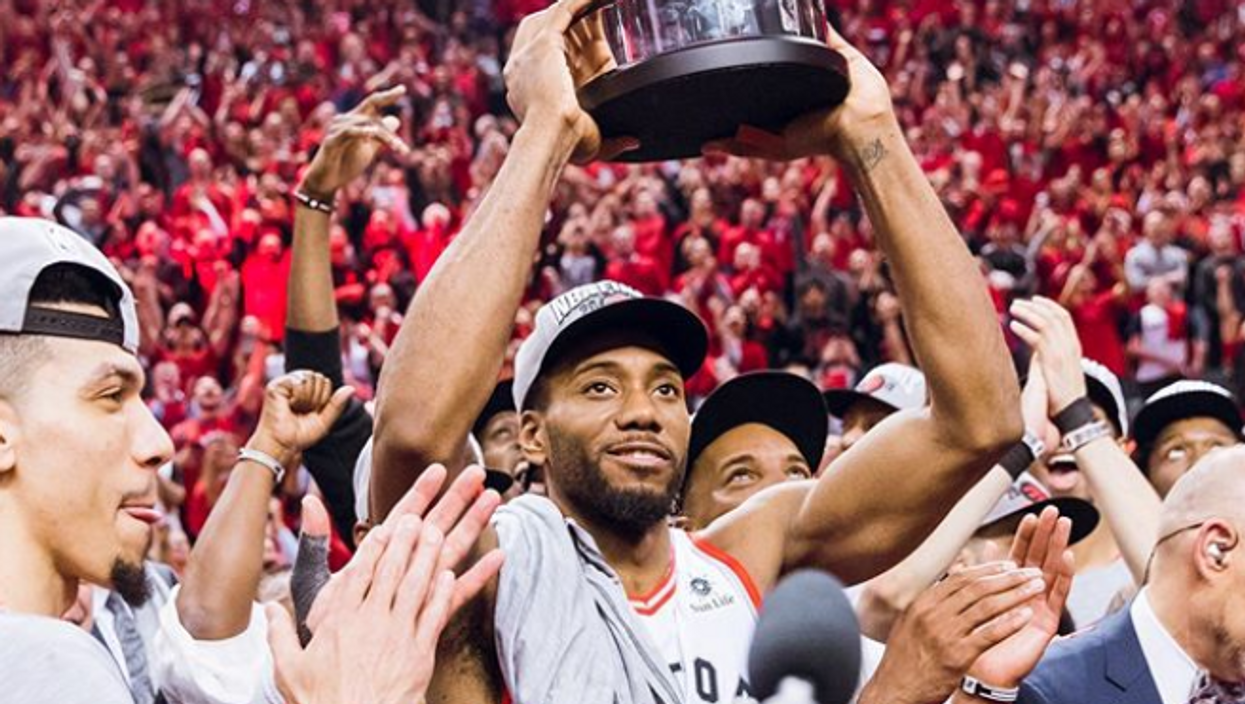 Kawhi Leonard was the hero that the Raptors needed on and off the court during the team’s Game 6 match-up against the Bucks. According to The Score, Kawhi Leonard shared a rather touching moment with his teammates telling them to “enjoy the moment” during a huddle in the middle of the Raptors thrilling 26-3 second-half scoring run. The team’s impressive second half ultimately led them to victory on Saturday and gave the franchise its first chance in history to compete in the NBA Finals.

"The one thing Kawhi really stressed to us was just to enjoy it," Raptor Norman Powell said, according to ESPN's Kevin Arnovitz. "Don't get too out of character, just enjoy the moment and continue to go out there and just lay it on the floor. So, it was an amazing feeling just to be able to battle and chip away at it."

As he always does, Kawhi Leonard gave a stellar performance during Game 6. But, perhaps the most sensational Kawhi moment was his jaw-dropping one-handed dunk over Giannis Antetokounmpo in the fourth quarter. It brought the house down and reminded everyone of what a talented athlete he truly is.

Kawhi's pep talk during the team's Game 6 huddle gave us a little peek into the player's personality. The famously level-headed player even cracked a small smile as he and his teammates basked in the glory of their victory. When it was time to give credit where credit was due, Kawhi really did appear to be bonding with his teammates.

Leonard, a true sportsman, waved off praise from team president Masai Ujiri, who labelled him the best player in the league during his remarks at the post-game trophy ceremony.

"I don't really judge my game like that. I'm more of a team aspect, see what my team is doing," Leonard said, according to CBC. "I just want to win. I don't care about being the best player. I want to be the best team. I've always said that."

So, it seems that Leonard isn’t focused on his own accomplishments but rather on the Raptors as a whole. Does that mean he’s sticking around? Only time will tell.