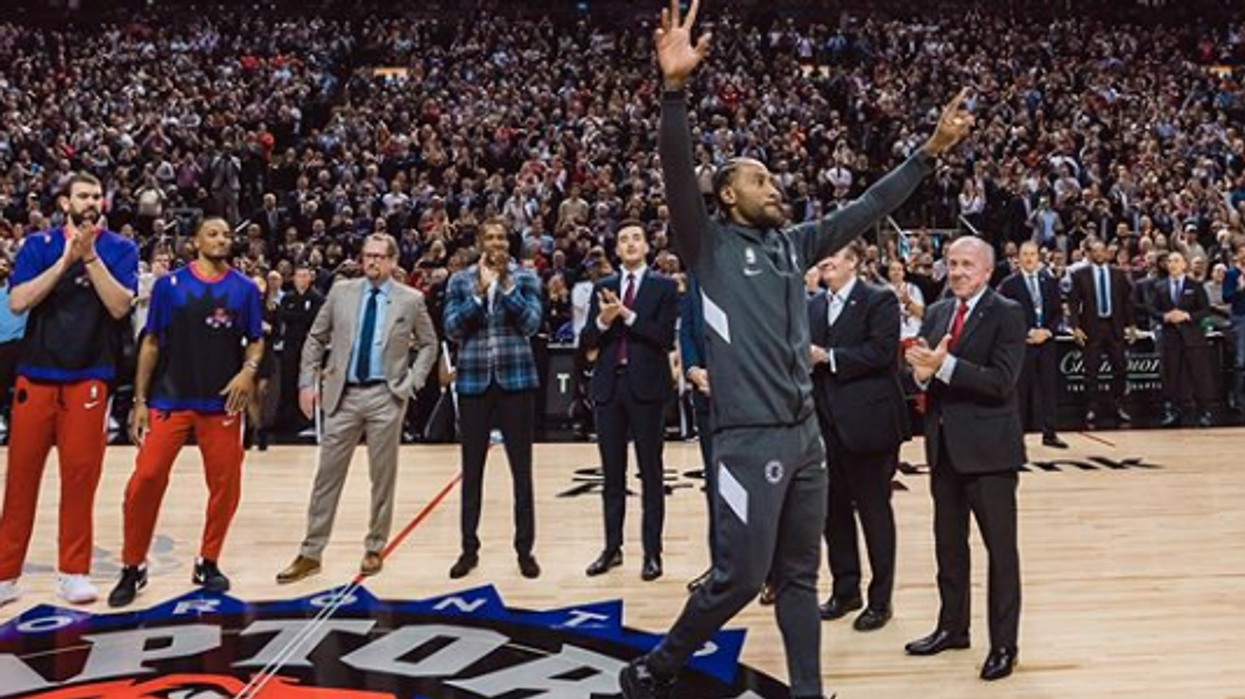 Well, it happened, Kawhi Leonard finally received his Toronto Raptors championship ring last night. It was a heartwarming event that saw the NBA star reunited with his former teammates on their home turf for the first time since the Raptors parade. Kawhi also revealed what he had chosen to get inscribed on his championship ring, and true to his nature, it was about as blunt as it gets.

Kawhi told TSN during Wednesday night’s post-game media scrum that he had inscribed a middle finger emoji on his championship ring.

Yup, you read that right, the Boardman got a big “F.U.” on his ring and his reason why is pretty darn hilarious.

The ex-Raptor claimed that the seemingly vulgar inscription was simply meant to remind him where he should wear it.

Now, if it were anyone else besides the enigma that is Kawhi Leonard, you’d immediately call B.S. However, it kind of aligns perfectly with the “Fun Guy.”

Back in October, the other Raptors personal inscriptions were shown in a promotional video for the rings.

Kyle Lowry got his family’s initials on his ring, Marc Gasol, who joined the Raptors during their 2018-2019 season paid homage to his former team, the Memphis Grizzlies getting the slogan “Grit and Grind” on his ring.

Pascal Siakam and Fred VanVleet got equally as emotional with their own messages. Siakam paid tribute to his late father, who was killed in a car crash in 2014, with the message “#DoingItForYou.”

VanVleet’s message included the motto he said after being rejected during the 2016 draft, placing “Bet On Yourself” on his ring to remind himself how far he has come.

Here’s a look at the insane championship ring Kawhi Leonard will receive tonight before facing the Raptors (this is… https://t.co/lvKx7hThyL
— Ohm Youngmisuk (@Ohm Youngmisuk)1576087021.0

Kawhi received a standing ovation while being presented with his ring in Scotiabank Arena.

A tribute video played over the big screen as the player was celebrated by the city, which grew to love him last year. It was the perfect ending to a glorious chapter of Raptors history.